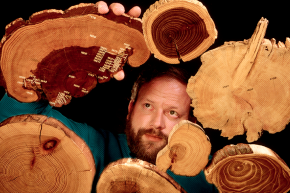 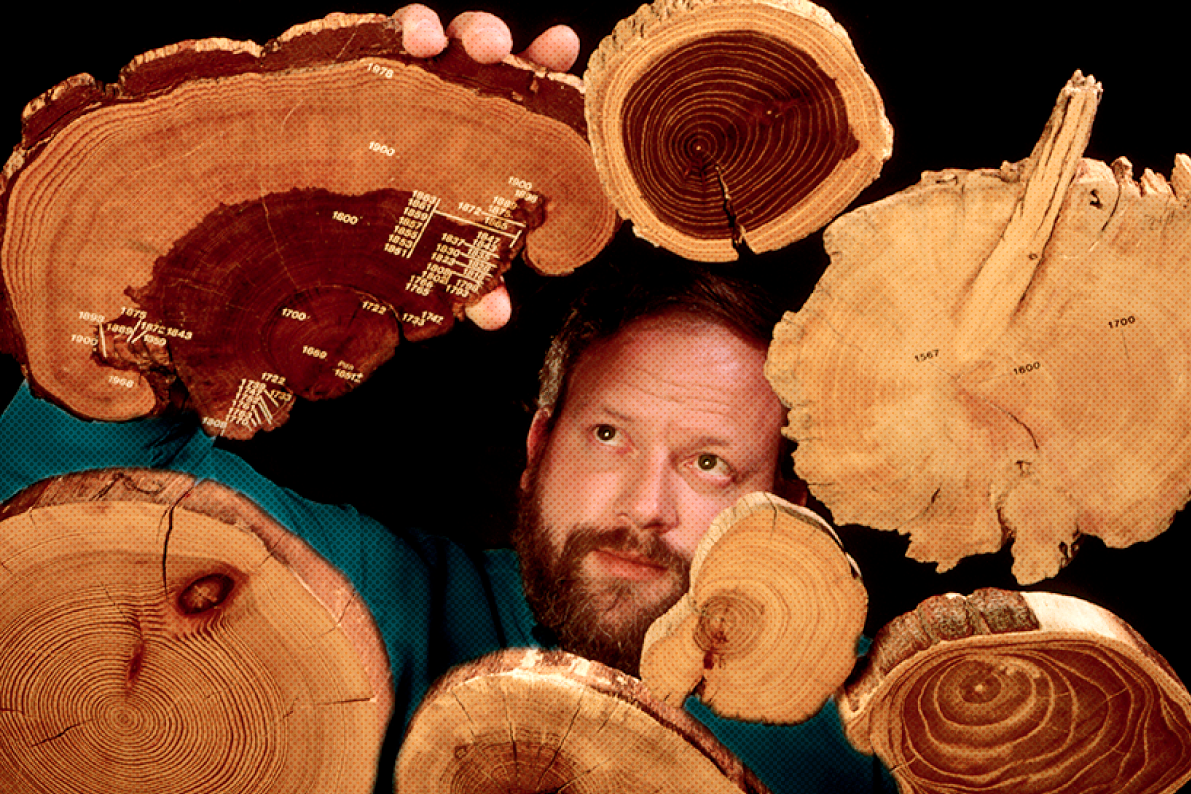 Astronomers and archaeologists seldom work alongside one another—when scientists study the stars they’re exploring the future, while ancient potsherds are firmly grounded in the past. But a new study in the Royal Society Journal Proceedings describes a mathematical method that could help archeologists date ancient events and civilizations down to the precise year.

And its key ingredient? Solar flares.

Researchers found that intense solar flares in the years 775 and 994 AD caused spikes in atmospheric carbon around the world, leaving their traces in tree rings, reeds, and papyri. Under the right conditions—and with little mathematical elbow grease—these radiocarbon spikes can be used as time-markers, which the authors call “secret clocks,” hidden in organic material.

“In the past, we have had floating estimates of when things may have happened,” said coauthor Michael Dee of the University of Oxford, in a press statement. “But these secret clocks could reset chronologies concerning important world civilizations with the potential to date events that happened many thousands of years ago to the exact year.”

We’re not quite sure when most events prior to 800 B.C.E actually happened. Carbon dating, the all-star of modern archaeology, was once a promising solution to that problem. Carbon-14, a radioactive version of the carbon we all know and love, decays at a consistent rate. And since all living things capture some carbon-14 throughout their lifetimes, the best way to figure out how old their remains are is to measure the ratio of radioactive carbon to non-radioactive carbon. Easy.

But carbon dating assumes that the amount of carbon-14 in the atmosphere has always been constant, and that we can set our radiocarbon clocks accordingly. The carbon dating “clock” was originally calibrated by taking samples from Egyptian mummies and bread from Pompeii—two sets of artifacts with known dates. In the 1960s, we updated our carbon dating process and begun calibrating carbon clocks against the known ages of tree rings, which can take us back about 14,000 years. Truly ambitious scientists have since turned to coral and sediment from ancient lakes to give us accurate readings stretching even further back in time.

But the bread and butter of carbon dating is still tree rings. By comparing overlapping series of tree rings, scientists have constructed a continuous sequence of tree ring data that spans 14,000 years and confirms the ages of the mummies and Pompeii baked goods that originally helped set the carbon clocks. Tree ring data, however, opened a new can of worms. Scientists soon realized that every time atmospheric carbon levels changed drastically—due to volcanic eruptions, fossil fuel use, nuclear tests, and, yes, solar activity—there were odd spikes in the data.

Here’s where it gets interesting. Astronomers have demonstrated that intense solar storms caused major bursts of radiation to strike the Earth in 775 and 994 AD, causing distinct spikes in radiocarbon levels. Nowadays, those spikes are most apparent in trees that were growing during the solar storms. Since we know exactly when these solar storms happened, we can use them as time markers to set an even more reliable carbon clock—and the increase in carbon-14 should be present in any plant or tree that grew at the time of a radiation surge, the authors note. And since tree ring data comes in blocks of decades, not years, the authors conclude by proposing an innovative mathematical equation that can filter out particularly radioactive years within blocks of tree ring data.

In other words, any plant-derived artifact or structure that was around in the year 775 or 994 AD should have funky spikes left over from ancient solar storms and, using a new mathematical equation, any scientist can turn to tree ring data to pinpoint the exact year that a piece of wood became timber for an ancient temple, or a reed basket, or a game-changing papyrus scroll.

“Variations in atmospheric radiocarbon concentration are largely the result of carbon dioxide emissions from activity from volcanoes and the ocean, but they are also influenced by changes in solar activity,” Dee says. “The spikes in 775 and 994 AD were almost vertical and of comparable magnitude all around the Earth.” Now, more than 1,000 years later, scientists are cashing in on ancient solar flares—refining carbon dating, and shaking up the field of archaeology.