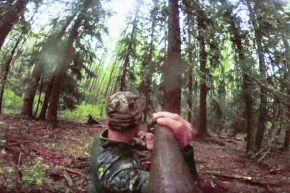 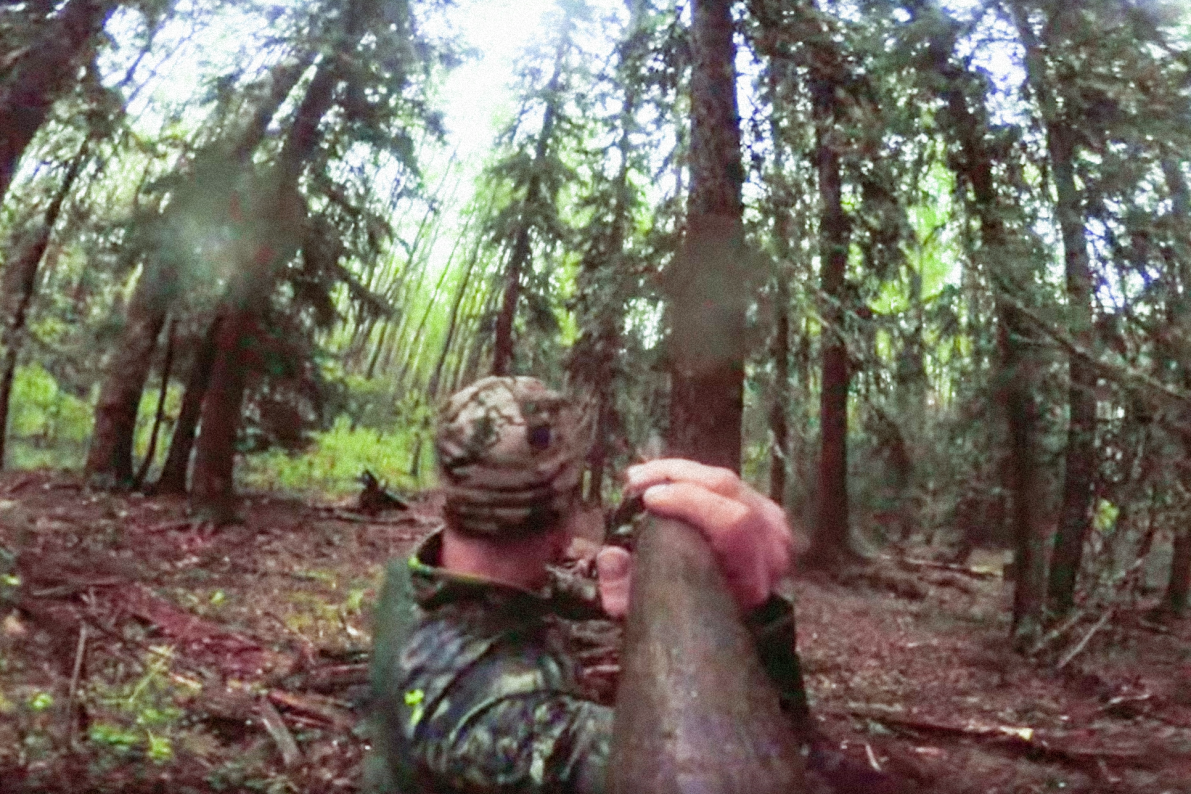 This hunter has become the hunted—at least in the comment section.

An Ohio sportsman is now the target of a seething digital mob after he filmed the slaughter of a black bear with a 7-foot spear and gleefully celebrated the kill on his YouTube channel.

Josh Bowmar, a chiseled bodybuilder and self-described primitive hunter from Columbus, claims in a 13-minute video that he lured the large beast to a bait bin during a recent trip to Alberta, Canada. After goring his prey with the homemade weapon—affixed with a not-so-primitive GoPro camera to enable some “epic footage”—the 26-year-old breaks into a dance and later drops to his knees in delight.

“I can’t believe that that just happened,” says Bowmar, whose hunting YouTube channel is a gallery of ghastly trophy kills. “I’ve just did something that I think no one in the world has ever done. And that was spear a bear on the ground—on film.”

Later, Bowmar, a former javelin thrower in college, and his hunting party come across the dead bear in the woods, the animal’s intestines hanging from its mangled body.

The gruesome video, coupled with hunter’s unbridled bravado, sent scores into a wild rage after it surfaced in a story published by The Mirror, a tabloid in the United Kingdom, on Sunday. Hundreds of angry viewers have since flooded the hunter’s YouTube page with elaborate death threats, expletive-filled screeds, and speculation about the size of certain parts of Bowmar’s anatomy.

The video has amassed over 208,400 views since it was uploaded to YouTube on June 5. The YouTube channel Bowmar Bowhunting is home to over 8,000 subscribers.

“As a hunter I cannot say I have ever seen anything like this nor do I ever wish to see it again,” wrote Bill Greening in one of the more mild-mannered comments. “Josh, you just had to know there’d be backlash over this video.”

Masha Kalinina of Humane Society International, a Washington, D.C.-based animal rights group, told the Mirror: “This is pure selfish bloodlust, a desire for a thrill and a trophy at the expense of an innocent life.

The mounting recoil is reminiscent of the response that a famous trophy killing elicited last year. Walter Palmer, a dentist and bow-hunting fanatic from Minnesota, became the target of online trolls and livid animal lovers around the world after he paid $55,000 to stalk and kill Cecil, a beloved lion in Africa.

Bowmar, at least for the time being, appears relatively unbothered by the reaction. (Though, as this story was going live, the YouTube video was switched to private, hiding it from further online rage.)

“You all should be ashamed of yourselves for trying to kill a heritage that has existed for over a million years,” he told the Mirror in a follow-up interview. “Literally, since the dawn of man, the spear has been a vital role in survival.”

Last we checked, early man didn’t hunt for the sheer joy of it. Nor did he have GoPro cameras. Or a vast digital audience to which he could parade his kill.