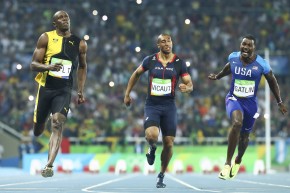 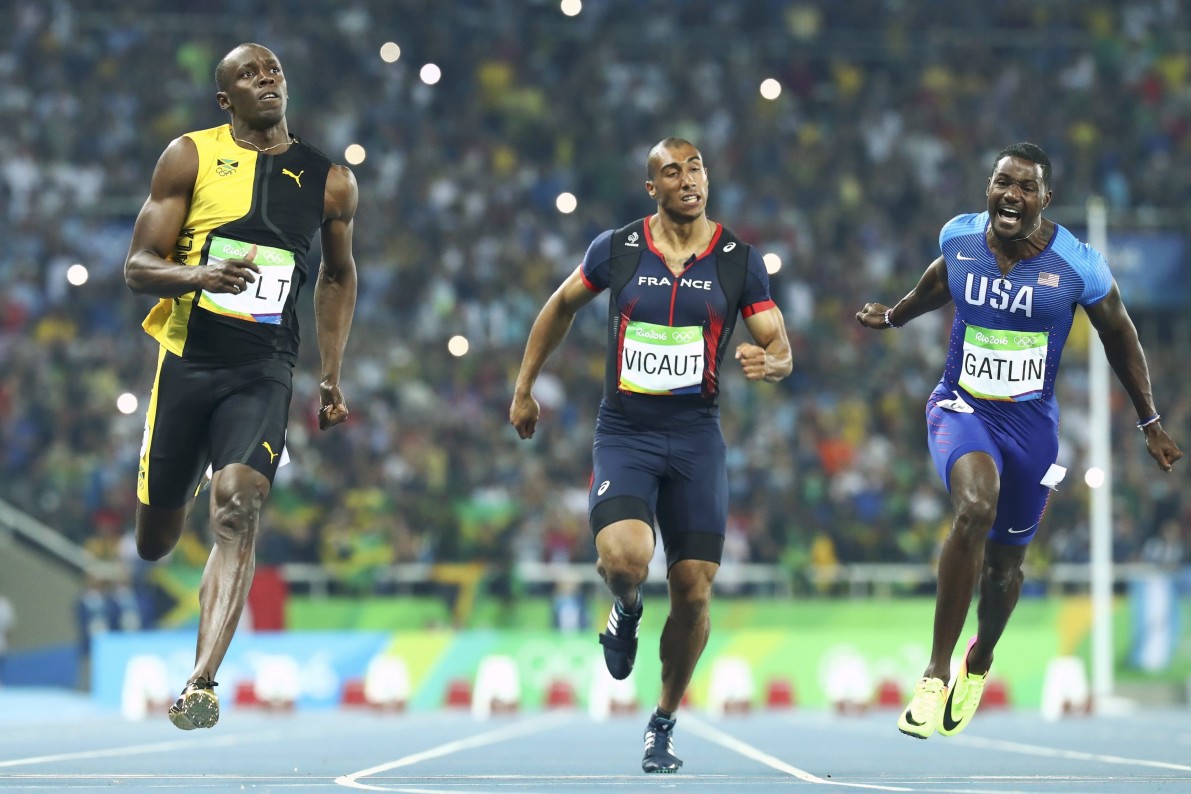 Usain Bolt just lived up to his name—again. The Jamaican sprinter rocketed to first place in the men’s 100-meter dash at the Rio Olympics on Sunday night, taking the gold medal and getting the whole world talking about the world’s fastest man again.

Bolt had a slow start, but overtook U.S. competitor Justin Gatlin shortly before the finish line, clocking a time of 9.81 seconds, The Guardian reported. That’s far from the 29-year-old’s world record-setting time of 9.58 seconds, which he set at the 2009 World Championships in Berlin, but enough to take home his third consecutive olympic gold medal at the 100-meter dash.

Bolt suggested this year’s final presented a greater challenge than previous olympics, but put it down to a lack of preparation time. “I wanted to run faster but with the turnaround time – we normally have two hours [after the semi-final] but we had one hour 20 minutes – it was challenging,” he said, according to the BBC.

Vocativ analyzed millions of tweets about the 9th day of the Rio Olympics on Sunday, and discovered 938,146 tweets mentioned Bolt’s name and Twitter handle @usainbolt between 6:00 p.m. and 6:00 a.m. ET.