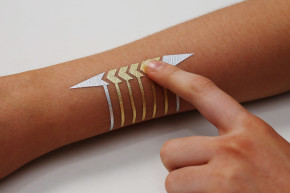 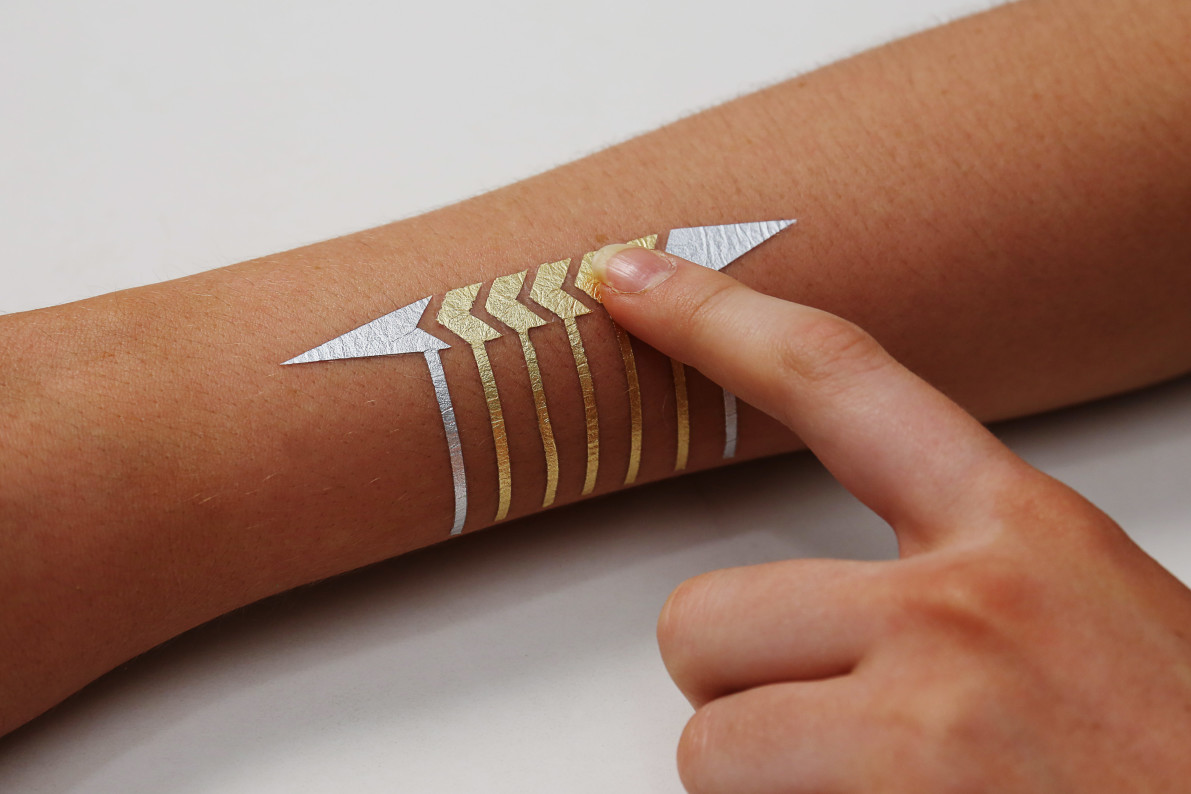 A new MIT Media Lab product is capitalizing on the increasing popularity of wearable technology as well as the growing societal acceptance of tattoos. DuoSkin, which was created in conjunction with Microsoft Research and unveiled earlier this week, turns metallic temporary tattoos into fully functioning on-skin interfaces, allowing wearers to use their arm as a trackpad or even transmit data to other devices.

In a video on DuoSkin’s webpage, MIT Media Lab PhD student Cindy Hsin-Liu Kao explains that the growing trend of metallic tattoos that resemble jewelry has inspired this fusion of fashion and function. She also says the “huge culture of cosmetics and street fashion” of her native Taiwan informed DuoSkin. “[They’re] highly accessible and very cheap, so you can very easily change and edit your appearance whenever you want,” she says. “It’s just such an integrated part of our lives.”

With this mind, DuoSkin is designed to be both affordable and accessible. In addition to using familiar materials such as temporary tattoo paper, DuoSkin utilizes the conductivity of gold leaf—which, as Kao notes, can be found on everything from desserts to liquors nowadays. To create a DuoSkin tattoo, a circuit is designed with any graphics software and then fed through a vinyl cutter. The gold leaf is then layered atop the design, which is then applied just like a normal temporary tattoo. Other components, such as near-field communication (NFC) chips, which are used for device connectivity, can also be added.

Kao says there are three classes of DuoSkin devices. Firstly, it can be used as input device that can turn one’s skin into a trackpad or allow one to change the volume on an audio device. The tattoos can also be used as output devices, which can, for example, display different colors based on body temperature or light up to show different emotions. The third class uses NFC wireless communication to allow data to be read from the skin. Additionally, Kao says LEDs can be embedded for aesthetic purposes.

“In the future when you walk into a tattoo parlor, you would walk out with a tattoo like this,” Kao says. “They will not only be very sophisticated technically, but they’d become an extension of yourself.”