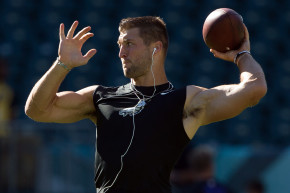 Will You Click On This Absurd Tim Tebow/A-Rod Speculation?
By Joe Lemire

Will You Click On This Absurd Tim Tebow/A-Rod Speculation? 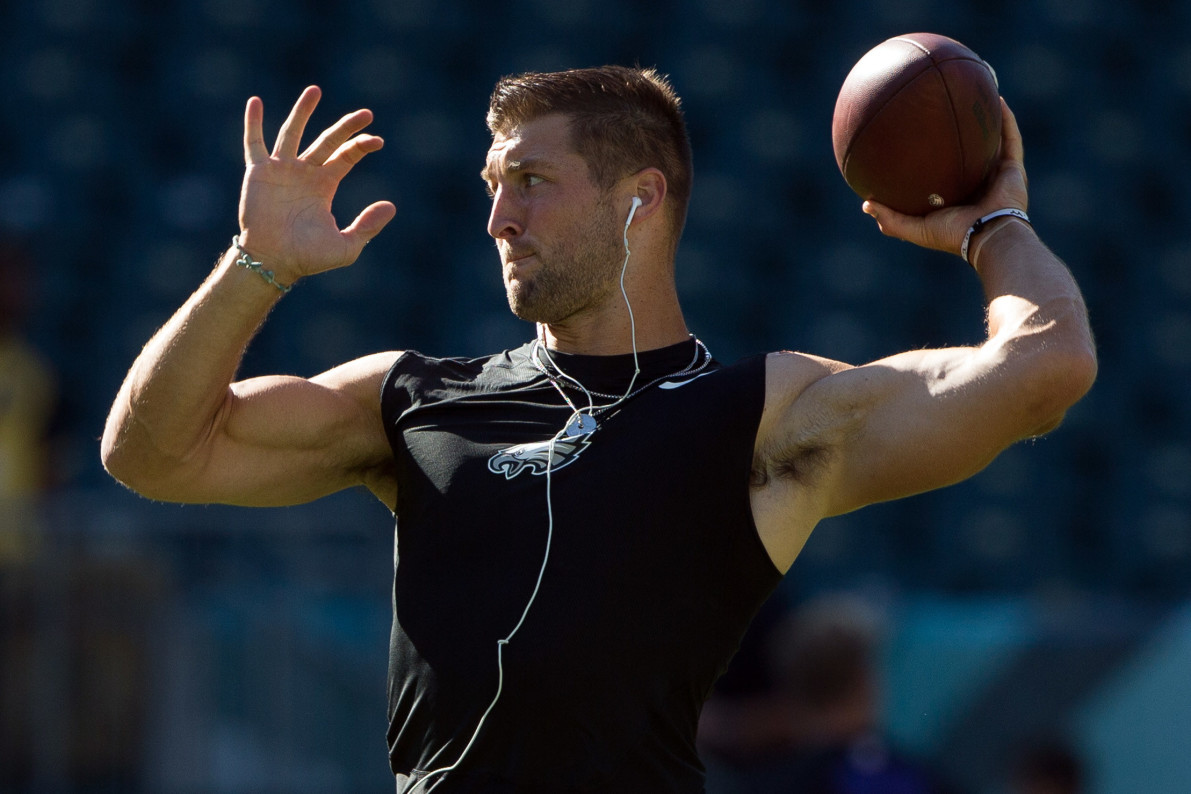 Given the flood of sewage poured into a reporter’s inbox on a given day—products no one will ever use and events no one will ever attend, all with typos galore—a press release must be truly asinine to trigger a mouth-gaping, eye-rolling reaction, but that’s precisely what happened at 11:05 a.m. on Friday.

At that time, a flack clicked “send” on a release from a Las Vegas online gaming company asking the question, “HAVE THE YANKEES FOUND A-ROD’S REPLACEMENT IN TIM TEBOW?”

This is the worst kind of provocative headline because it just mashes a bunch of popular proper nouns—Yankees, A-Rod, Tebow—that could be strung together in any kind of sentence to get people to pay attention (and I even fell for it, dagnabbit, not to mention decided to write a blog post adding more oxygen in the inanity). The above question makes as much sense as asking, “Will A-Rod join Tebow in doing missionary work to help the Yankees?” You’d probably click that, too.

OnlineGambling.lv essentially concedes as much with the subhead: “Star Athletes Dominate Baseball Headlines.” The top stories in any sport are usually star athletes, amirite?

A-Rod has had as much relevance to the Yankees this year as the Biebs has had to the defunct hip hop group. The Yankees are not looking to replace an overpriced, too-litigious, no-longer-capable owner of the sport’s longest performance-enhancing drug suspension in history.

Similarly, Tebow has next to no chance of playing Major League Baseball, which even this Vegas company concedes by ascribing 80-to-1 odds to the occasion, only they wrote about whether he’ll make “the MLB” which is chalkboard-scratching tin on the ears. The one interesting nugget in the release is the 9-to-1 odds on Tebow playing rugby, and the burly quarterback always showed more aptitude in running than throwing and would seem to swift and sturdy enough to withstand the rigors of that sport.

@LemireJoe It's all the things he was awesome at AND the forward pass is illegal. It was made for him.

The release then suggests other new sport pairings for athletes, four of which make sense—Michael Phelps and Tony Romo are known golf aficionados while Jameis Winston and Russell Wilson both played baseball in college—but then wonders about LeBron James playing handball. James, mind you, just signed a three-year, $100-million contract that makes him the highest-paid player in the NBA. I’m guessing his only exposure to handball might be a scant peek while flipping through the channels during the Olympics.

It only gets worse. Observe:

The last four entries are all preposterous, of course, but they should at least follow some sort of semi-logical order. The Yankees could, theoretically, ditch their historic uniforms or rip up the infield or displace their famed Bleacher Creature fans but they absolutely cannot continue as a baseball team without a pitcher’s mound. How is that not the least likely entry? Honestly, it’s that type of shoddy odds making that might drive me to the extreme, although I don’t yet know if I should avoid this site altogether or scan for other glaring inefficiencies on which I could profit.

Now that I’m more than 600 words into this diatribe, I realize I’ve only done their bidding by writing this and calling attention to their company. (You’re welcome.) Before I go, however, I better make this article a little more SEO-friendly. Messi. Kobe. Tiger. Federer. Bolt. Jordan. Mayweather. Brady. Beckham. Tendulkar. Ronaldo. I’ll let someone else scratch together the meaningless sentence.