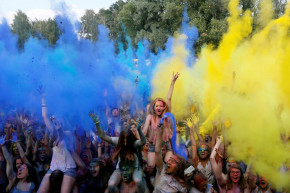 Let’s All Take A Moment To Appreciate @Ukraine

The country that tweets about Warhol, Russia, rainy days, and 'Game of Thrones' 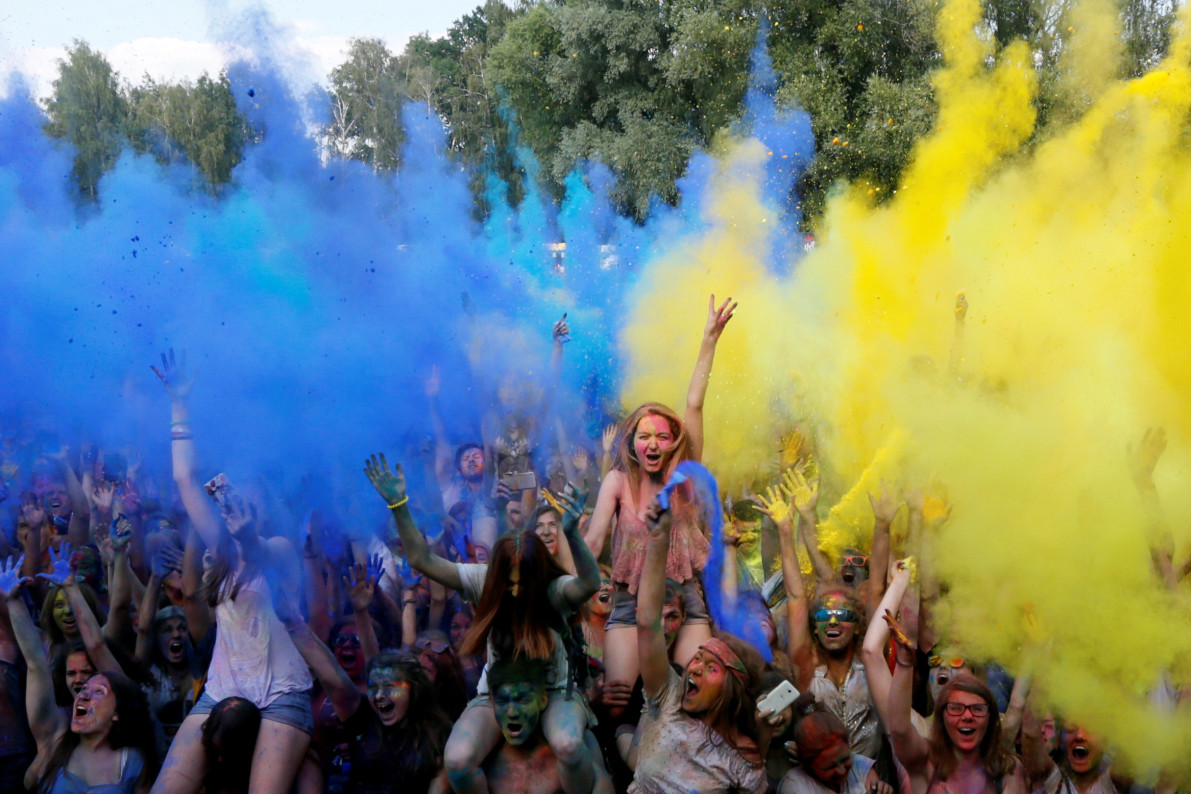 When @Ukraine came on the scene in June, it did so with a series of tweets essentially begging other countries to follow back. Since then, it has varied up its oeuvre, often weirdly.

For months, I’ve been trying to figure out who is behind @Ukraine—without success. The Twitter account doesn’t link to a website or list an email. @Ukraine has not responded to multiple tweeted requests for comment, though it does reply to other people who tweet at it, so obviously this is a deliberate attempt to avoid me. Its DMs are not open, so I cannot slide into them. The government’s website doesn’t mention the account and links to a different Twitter account, nor does the president’s site (though his and his administration’s accounts follow it). The fact that @Ukraine tweets in English makes me think it’s an outward-facing kind of thing, but I couldn’t find any mention of it on Ukraine’s tourism sites.

Yet the account is verified and has been since the day it launched, so there’s almost definitely someone official behind it. And that someone has a…unique…approach to social media. There are some really nice pictures of the Ukrainian countryside, usually with the hashtag #BeautifulUkraine, which are more along the lines of what you’d expect a country’s Twitter account to tweet. But there are also many tweets that are not about Ukraine at all, or seem like someone told someone who told someone who told the Mystery Tweeter what a cool brand’s social media account should look like, and he is trying his very best to make it happen. Also, he hates Russia.

So, on this slow Friday afternoon, I bring you @Ukraine.

Sucking up to other countries, sometimes with GIFs that are either mildly insulting or don’t really make sense:

Ivan Mazepa, Ukrainian leader and patron of arts&sciences, was elected Hetman #OTD in 1678
PS @Russia loves him… Not pic.twitter.com/1486ySvqVK

Nice try hiding your theft, @Russia. But there will be justice for annexation and people's losses #CrimeaIsUkraine pic.twitter.com/cheSZp29WR

Sucking up to “Game of Thrones,” which it really wants to shoot there. This includes throwing Iceland (where winter scenes for the upcoming season are being filmed) under the bus by saying it has great cold winters, you know, just in case a certain show was looking for a better location. “Just sayin’!”:

Hey @GameOfThrones writers, did you get inspiration from Dubno castle in Rivne region? Possible #GOT7 venue? pic.twitter.com/du2ylEYZ2s

We have really tough winters to make sure Season 7 is released in time. Just sayin’ #GoT @GameOfThrones https://t.co/Ji3YHOp5yf

Ukrainian AN-124 transported Chinese dragon once. Hey @GameOfThrones, do not hesitate to ask for a ride for Drogon 🐉 pic.twitter.com/hYqYy1V2lx — Ukraine / Україна (@Ukraine) August 10, 2016

@ericlewan @GameOfThrones if you know any other dragon owners, please pass them @AntonovCompany contacts ✈️

Your face at the end of the workday. Weekend is coming! #TGIF pic.twitter.com/wbQ4DOWs2P

Comparing a band that is nothing like Adele or Rihanna to Adele and Rihanna:

Remembering Andy Warhol, for some reason:

"Everyone needs a fantasy" – Andy Warhol was born #OTD in 1928. Imagination is our greatest power #PopArtLemko pic.twitter.com/UrWdM2MR7L

Rainy weather gives you a moment to go deep in your thoughts. A precious gift in these unpredictable times pic.twitter.com/sr6bisSv33

#IfSelfiesNeverExisted the great poet & artist Taras Shevchenko would still had to draw himself for hours ✍️ pic.twitter.com/GfqgOUVwPL

@Ukraine will surely have some great Olympic #content this weekend, so be sure to check it out for yourself.