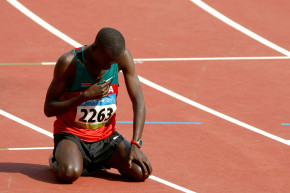 No, he was not kidding 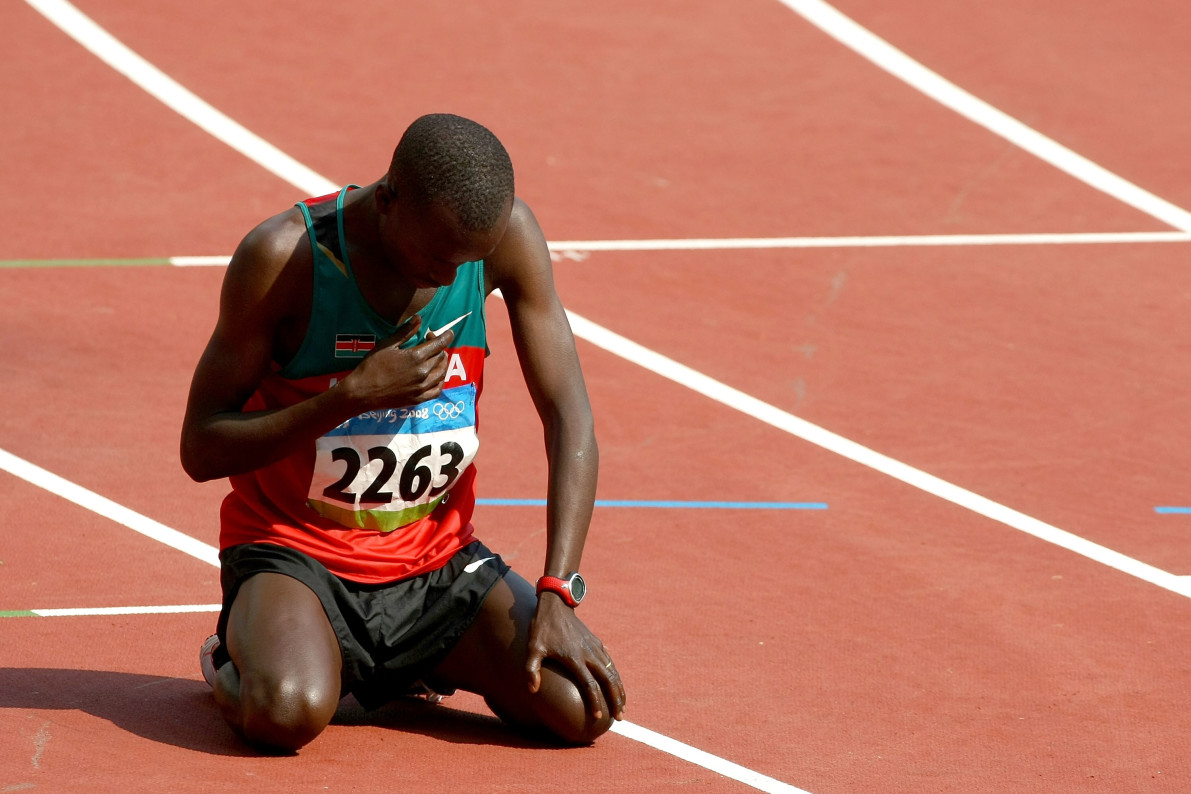 There are ways to dodge a positive test for doping, and then there’s this.

John Anzrah, a Kenyan sprint coach, was told that he is no longer welcome in Rio de Janeiro, booted from the Olympic games after he failed to pull off a reverse Vincent Adultman maneuver. According to Kenya’s Citizen TV, Anzrah, a 61-year-old man, tried to convince officials that he was absolutely a current Olympic competitor and was ready to offer up some totally clean urine.

But the doping officials, ever-vigilant defenders of a PED-free sport, luckily were armed with a photo of the unnamed athlete Anzrah was impersonating, and quickly realized they were not dealing with a current Olympian, but rather were face to face with a gentleman that probably yells at the occasional cloud.

“We have sent Anzrah back home,” Kip Keino, the chairman of the National Olympic Committee of Kenya and an ex-track and field star, told the Telegraph. “He presented himself as an athlete, gave the urine sample and even signed the documents. We cannot tolerate such behaviour.”

It’s been quite the week of last-minute plane ticket purchases for members of the Kenyan Olympic squad. On Sunday, track and field manager Michael Rotich was sent packing by Kenyan officials after he was caught on film trying to squeeze £10,000 ($12,956.30) from athletes’ representatives in exchange for a friendly advance warning if they were going to be tested. Alas, he was unaware that he was actually discussing an alleged criminal enterprise with undercover journalists from the Sunday Times and ARD.

And of course, the entire Kenyan nation was staring down the barrel of a full-on ban by the International Olympic committee, even though the World Anti-Doping Committee bent over as far backwards as humanly possible before ultimately ruling that its testing laboratories and regulatory agency were up to snuff.

But the real kicker is the shot of Rotich that has been making the rounds in quite a few aggregations of both the bribery story and the latest doping faceplant:

I mean, c’mon. Look at that highly meme-able face. How could that dude possibly be guilty?

UPDATE: If this story wasn’t odd enough, Anzrah probably wasn’t trying to help a PED-infused athlete cheat, but rather, was in the hunt for a cheap meal. According to sources who spoke with Kenyan publication Sports News Arena, there wasn’t room for Anzrah in the Olympic Village and the coach had been staying in a hotel.  Meanwhile, IOC spokesperson Mark Adams told the Associated Press that Anzrah borrowed sprinter Ferguson Rotich’s accreditation badge get a free breakfast in the athlete’s dining area when the PED cops pulled him over. Even stranger, while Kenyan Olympic officials are claiming that Anzrah was forced to give a urine sample even after he admitted his (minor) crime and fessed up to his actual identity, Adams refuted that claim, saying no such sample was procured.