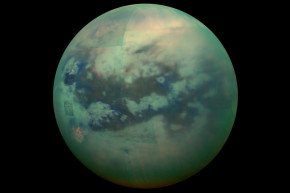 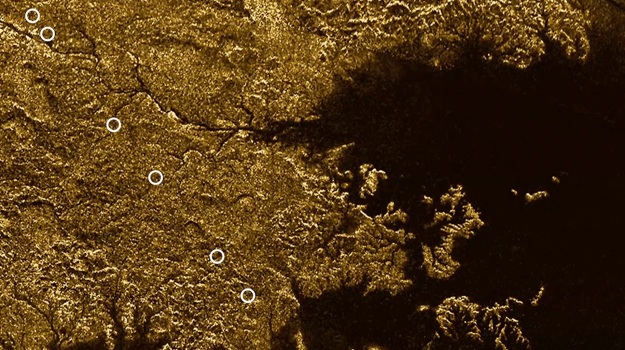 After 18 years in space, NASA’s Cassini orbiter may have just made its most shocking discovery. Saturn’s largest moon has canyons that are flooded with rivers of liquid methane. Isn’t methane….? Never mind. The Cassini orbiter captured this image of Titan during its flyby of the icy, desolate moon.

Titan is officially the only other planetary body in our solar system with naturally occurring liquid on its surface. While Titan has very little atmospheric oxygen, scientists believe it’s still theoretically possible for life to form on its surface. A methane-based life-form—not reliant on oxygen—could potentially survive in Titan’s highly pressurized nitrogen and methane atmosphere. But wouldn’t it be breathing in methane? Because methane is the same gas that cows and humans …… never mind.

Seriously, we all know what methane is, right? I don’t think we need to point this out.