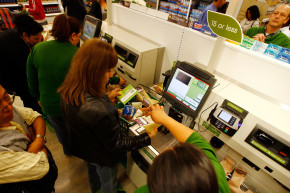 In fact, it may even encourage the practice 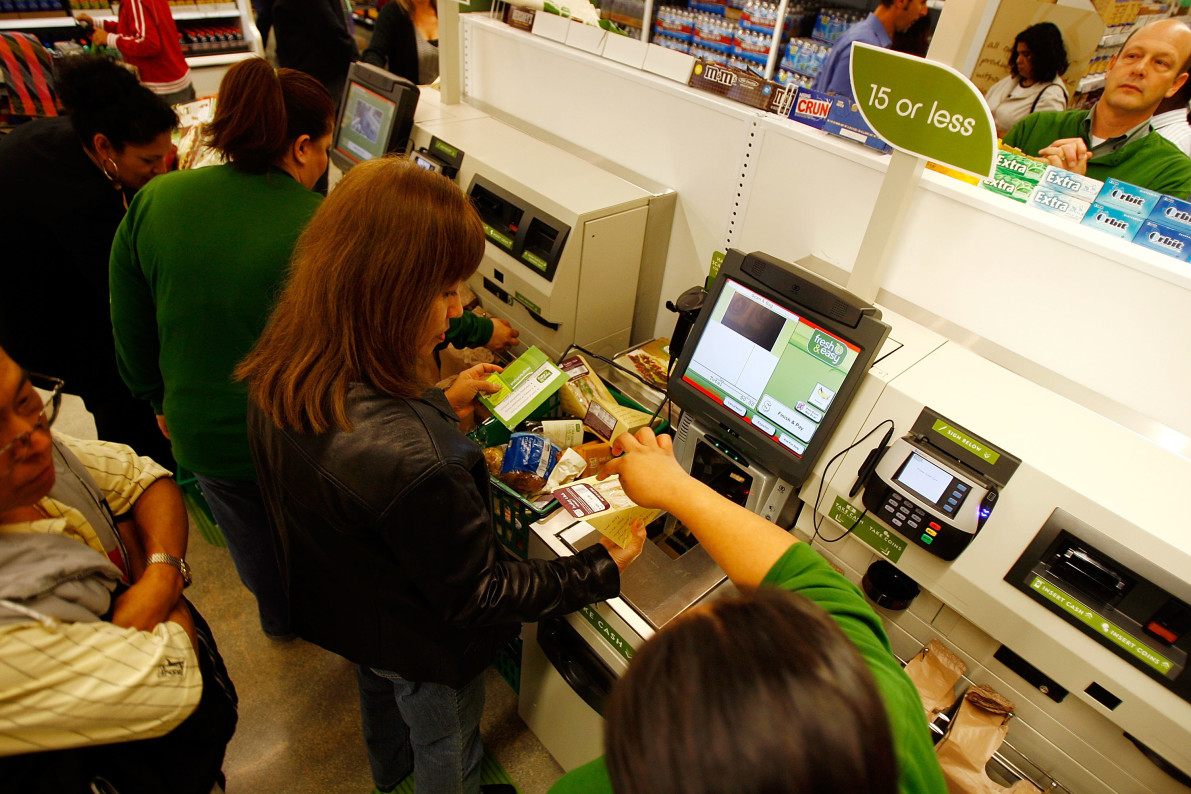 As more retail outlets look to technology to streamline the checkout process, a new study confirms what many shoppers grasped immediately about self-checkout lanes: The five-finger discount is exponentially easier to take advantage of when you’re ringing up your own purchases. And it’s not just typical shoplifters who indulge in the practice, but your typical, law-abiding consumers, too.

Two criminologists at the University of Leicester in England have calculated that self-checkouts and in-store mobile phone scans for purchases in the United States and United Kingdom have contributed to a 4 percent loss rate, the New York Times reported. That’s a doozy, because in Europe, the profit margin for grocers is 3 percent.

The study analyzed roughly 12 million shopping trips between December 2013 and February 2015 across eight retailers—two in the United States, four in Britain, one in the Netherlands, and one in Belgium. The duo audited one million of those transactions and found that of six million items checked, 850,000 hadn’t actually been scanned.

But herein lies the technological rub: It’s really hard for retailers to prove someone purposely didn’t scan something in a self-checkout situation, particularly when customers can feign ignorance that the item didn’t really scan. In 2014, Retail trade magazine Retail Touch Points enumerated the most popular ploys shoplifters use at the self-scan to get away with theft:

• Leaving expensive items in the shopping cart, or in the reusable bag on the floor, while scanning cheaper ones;
• Scanning items with the bar code facing up, or covered by your hand;
• The banana trick – putting a $10 a pound package of steak or coffee on the scale, while looking up and entering bananas   at 69 cents a pound;
• Scanning an item with one hand while dropping another item into a reusable bag on the floor;
• Leaving a case of water on the bottom of the shopping cart.

Retailers use all sorts of methods to try to monitor the process, including the supervision of checkout lanes and placement of monitors in the area that signal to shoppers that they are being watched. But anyone who has been to a CVS self-checkout lane can easily see that one employee watching four lanes is bound to miss something. And though the Times notes that the research is inconclusive, it does appear to provide a “gateway” for shoppers who would normally not steal.

“Retailers could find themselves accused of making theft so easy that some customers who would normally—and happily—pay are tempted to commit crime, especially when they feel ‘justified’ in doing it,” the researchers wrote.

While the whole point of the technology for retailers was to be able to reduce reliance on actual checkout clerks and other labor costs, it may not always be such a boon for shoppers. The researchers acknowledge that many customers in fact find the systems to be “slow and not a particularly convenient way to shop.”

Which leads us to another potential driver for the rampant theft: Given that so many self-checkout lanes don’t seem to actually function, it’s possible a lot of customers are lifting out of sheer frustration. And sneaking an item into your bag rather than waiting for the bleep of recognition from the scanner means, if nothing else, that you’ll get out of there and on with your life.

A UK survey from 2014 seems to back this up—nearly 20 percent of shoppers admitted to stealing at self-checkout, and nearly 60 percent said the reason was because they just couldn’t get an item to scan. The next most common justification: 51 percent said they were “less likely to get caught.”