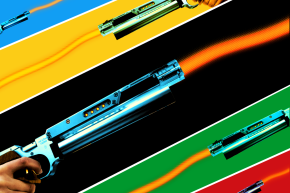 How Do You Save An Age-Old Sport? Laser Guns
By Joe Lemire

How Do You Save An Age-Old Sport? Laser Guns

Laser pistols—no, really—and a condensed format are the strategy for keeping the modern pentathlon relevant and in the Olympics 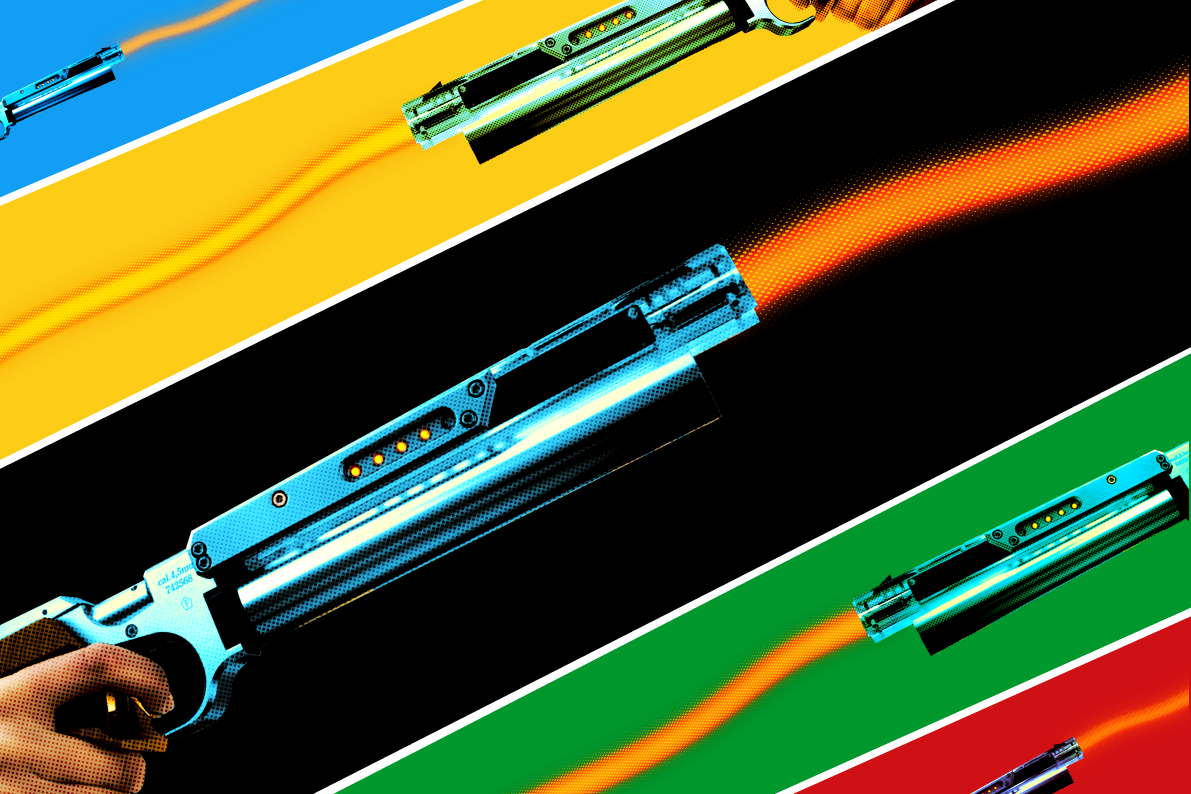 A decade ago, when Monica Fling Rowland was a member of the U.S. modern pentathlon team, she’d already boarded a plane in Italy when the authorities summoned her back into the airport’s high-security area. They wanted to question her about the firearm she packed.

“They asked me if I was an assassin because they hadn’t seen that pistol before,” she recalled recently, in a memory she says has only gotten funnier in the years since. At the time, modern pentathletes shot traditional air pistols that expelled lead pellets, a sufficiently niche weapon to arouse curiosity and suspicion. Nowadays, such a scenario might be even more startling to airport security given the futuristic advance embraced by the sport. These days, pentathletes use laser pistols.

That’s right, the sport whose five subcategories of competition—running, swimming, horse show jumping, shooting, and fencing—are based on the skills and abilities of a Napoleonic cavalry solider has now embraced laser weapons such as the Eko-Aims PP700, a not-yet-on-the-market optical firearm available to elite athletes.

More Are Lasers The Secret Medical Weapon At The Rio Olympics?

Rowland, who narrowly missed qualifying for the 2000 and 2004 Games, now serves as the sport’s Athlete Advisory Council representative to the U.S. Olympic Committee and credits the switch to lasers in 2011 with helping attract more participants to the largely obscure sport.

“The change from air pistols to lasers has brought in so many more kids into the movement because it’s like playing a video game to them,” Rowland said, adding later, “As far as a recruiting technique and grassroots development, it’s a boon for our sport to bring kids into the program.”

It’s all part of a push to make the modern pentathlon modern again. It is, after all, the only sport created for the modern Olympic movement. A young George Patton—before he became a famed World War II general—was the first American modern pentathlete and, of all the disciplines, his shooting held him back (although he disputed the results).

The sport staved off near-elimination from the Summer Olympics by also revamping its format. There are now only four competitions, which makes the sport’s very name a bit misleading, as the running and shooting events now replicate the Winter Olympics’ biathlon format; pentathletes run from target to target, covering four 800-meter stints with one-handed, 10-meter shooting at each interval. The five sports used to be separated over as many days but have been condensed, first to one day and now over two with the multi-hour fencing bouts taking on a winner-stays-on format that’s more spectator-friendly.

There’s a need for the national governing body to not only attract more athletes, but also groom winners. The USOC allocates funds via a pay-for-performance model, and such a meritocracy has hurt sports like modern pentathlon that hasn’t had a medal since 2000. That could change this year thanks to Arkansas native Margaux Isaksen, 24, now a three-time Olympian who finished fourth at the 2012 Games in London.

Modern pentathlon received no money from the USOC in 2007 or ’08, which is when Isaksen entered the program as a teenager, but the funding has grown with her—it’s even called the “Margaux Isaksen Effect,” according to a Bloomberg report.

“I’d be lying if I said that I didn’t feel a great deal of pressure to represent,” she told Vocativ from Colorado Springs, where she was training last week in advance of the Olympic competition that begins Thursday. “I’d really love to leave pentathlon in a better way than I found it.”

Isaksen said she considers it “an honor more than anything else” to be trusted with the expectation of helping move the sport forward. She grew up running and horseback riding in Fayetteville and when her younger sister, Isabella—who is making her Olympic debut as a pentathlete in Rio—wanted to take up fencing, their parents had Margaux tag along, and she showed swift dexterity with the épée.

The fencing coach, whose daughter competed in modern pentathlon, urged Margaux to try the sport. She went to Colorado Springs with only her years of experience riding, a successful high school freshman cross-country season, and a mere introduction to fencing. She had never held a firearm before. “I grew up swimming in a river, which was great and I was a pretty confident swimmer, but I had no idea how to even do a flip turn,” Isaksen said. “I had never really swam in a pool before.”

Isaksen learned quickly, however, following the trajectory of most American Olympians in the sport who show a foundational aptitude in a few disciplines before broadening to the full pentathlon at the suggestion of a mentor. The only anomaly about her path is that swimming wasn’t a core sport; its prerequisite is typically the stiffest, necessitating years and miles in the pool. Rowland was a high school All-American swimmer who played water polo at UC-Santa Barbara where she also took up fencing to fulfill a P.E. requirement. Her father saw an ad in Swimming World magazine and urged his daughter to try pentathlon.

Rowland said they currently recruit college swimmers and youngsters participating in Pony Club, an equestrian program aimed at youth which includes a tetrathlon (the modern pentathlon sports minus fencing). The sci-fi appeal of lasers now offers a new entry point to the sport.

The Finnish company Eko-Aims supplies “just about every national team” with pistols, according to sales representative Jeremy Johnson, with features to replicate traditional firearms. For instance, the laser pistols are programmed to simulate the time a bullet travels through the barrel, requiring a shooter to hold the weapon steady for the same duration as before.

“Barrel time is really the main ‘technical’ parameter to simulate a real gun at all levels, but as the level of the pistol increases so does the look and the feel (trigger adjustments) of a real pistol,” Johnson wrote in an email. “We have also designed a high level laser pistol out of plastic and bright colors so the athlete has the feel of a real pistol, but others will be more inclined to see that it is not a real weapon.”

Isaksen called the reforms “a delicate situation” to retain the character of the sport while remaining truly modern.

“Obviously sport needs to change, it needs to evolve with the changing times, and you want to preserve the integrity of the sport,” Isaksen said. “I think the International Pentathlon Federation is trying to find that balance between making it more spectator-friendly, making it more exciting, keeping it to a shorter time frame, but still encompassing really what makes pentathlon great, which is five different events that ultimately [anoint] the world’s best athlete.”