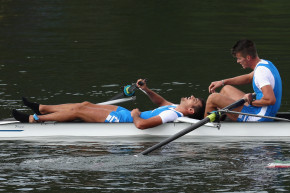 It’s Too Hot To Set Records At The Olympics 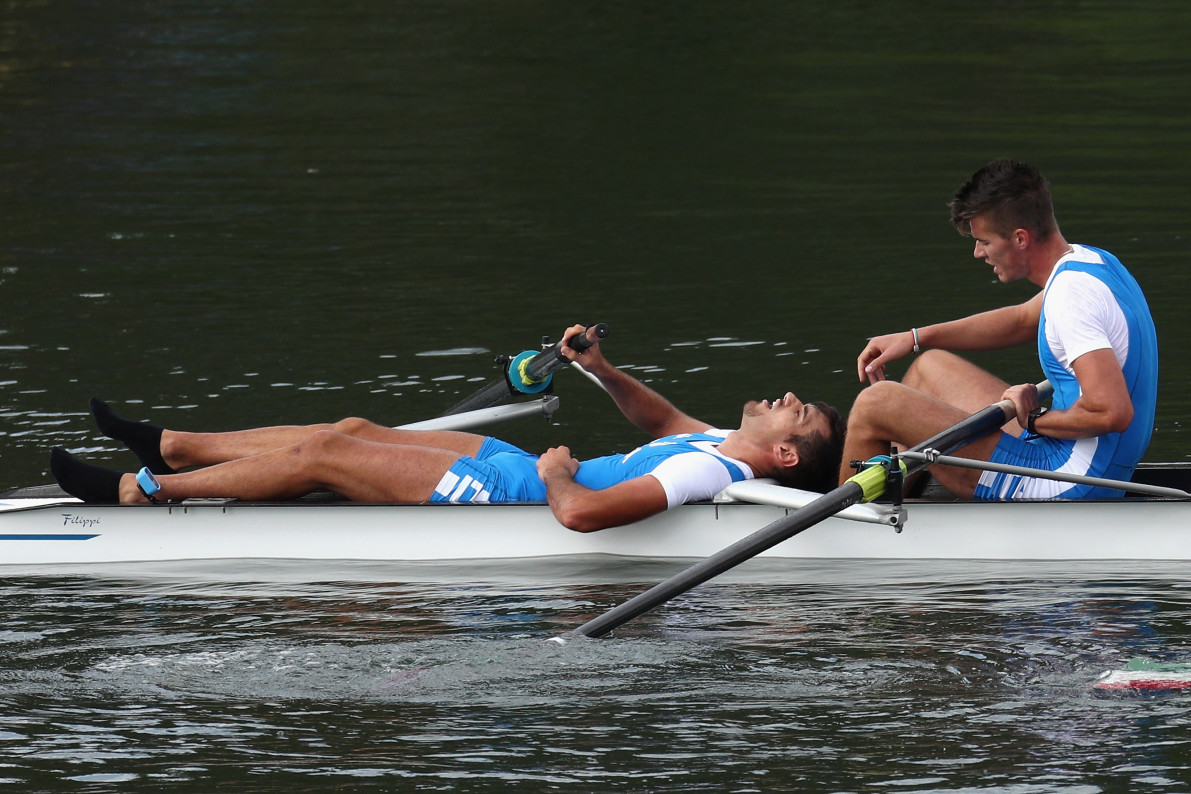 A report published on Monday from the Observatorio do Clima, a network of Brazilian NGOs that advocates for climate change policy, helpfully points out that in the face of rising temperatures across the globe it’s a lot harder to compete in sports when it’s really, really hot out.

Why? If we can recall the lessons learned in high school biology, in order to keep the body from overheating, the body sweats, which is produced by blood flowing to the skin. In turn, the heart needs to work harder to ensure that the various muscles are still being provided the necessary oxygen in order to function, followed hard upon by painful, anaerobic (as opposed to aerobic) energy production.

Given that the last 16 years have produced the 15 hottest recorded years in Brazil’s history, the Observatorio do Clima claims we’re going to see fewer world records broken going forward when the Games are held in countries with warmer climates.

The average high temperature in Rio de Janeiro this week has been a manageable 80 degrees fahrenheit. That said, it’s still enough to have an impact on the finish times for long-distance running events. According to Runner’s World, “For every 10-degree increase in air temperature above 55 degrees, there’s a 1.5 percent to 3 percent increase in average finishing time for a marathon,” as runners cope with “dehydration, increased heart rate and reduced blood flow (and subsequently oxygen) to the muscles used for running.”

The events where the heat might have the greatest impact—the longer track and field, events, the marathon, triathlon, and modern pentathlon—won’t start until August 12, but to date, the only outdoor competition to boast an Olympic- and/or world record-breaking performance this summer is archery. Also, it’s winter in Brazil.

And not only will we see fewer dazzling, record-shattering athletic performances, competitors will run the risk of suffering a brutal case of heat stroke.

“What this data show sis that the risk that athletes could literally die of heat, something that already happens today, will be multiplied in Brazil in the coming decades if we do not dramatically reduce global emissions,” Claudio Angelo, the Climate Observatory’s communications director, said in a press release. “Of course, we are talking about sports here, but really any outdoor work may be impacted.”

Granted, Brazil, unlike China and the United States, has accomplished a great deal when it comes to reducing greenhouse gas emissions. But still, at the rate of acceleration projected by The Intergovernmental Panel on Climate Change, vast swathes of the country will see months where it’s too darn hot to play sports, and in Manaus, it’ll be nigh-impossible, simply because serious sporting endeavors will pose a year-round, constant health risk. When it comes to training the next generation of Brazilian Olympic athletes, that could be a bit of an impediment.

Though we’re not there yet, the effects of climate change are already burbling to the surface in Brazil. As the Observatorio do Clima’s report notes, during the 2014 World Cup, matches that were held at the Amazon Arena in Manaus were pushed back from a scheduled 1pm starting time to 6pm, lest the 90 degree-plus temperatures at kickoff caused footballers to collapse into a sweaty heap. Even so, two matches still had to be paused so players could take “cooling breaks,” and during the pre-Olympic trials, multiple athletes collapsed while competing in temperatures which reached a scorching 100 degrees heat and soup-like 70 percent humidity.

And that’s before we get to the Winter Olympics, which might be imperiled by, you know, the lack of snow, and a dwindling list of potential host cities, with over one hundred athletes signing a petition prior to the 2014 Games in Sochi demanding that world leaders take significant action be taken to stem what may be an unstemmable tide.

Luzimar Texiera, a professor at the University of Sao Paolo’s School of Physical Education and Sport also pointed out that the burning of fossil fuels resulting  in a charbroiled planet also befouls the air in Brazil. For athletes training outdoors, they’ll also be gulping down “sulfur dioxide, fine particulates and other compounds that cause immediate damage to the lungs.” This fresh hell prompted Texieria to sarcastically proclaim that it’s, “Healthier to drink beer (in the shade) than do outdoor sports. “

Yep, this is fine.