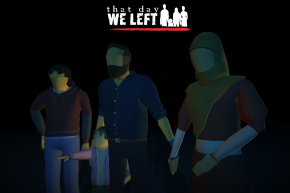 This Video Game Will Tell The Harrowing Story Of Syrian Refugees 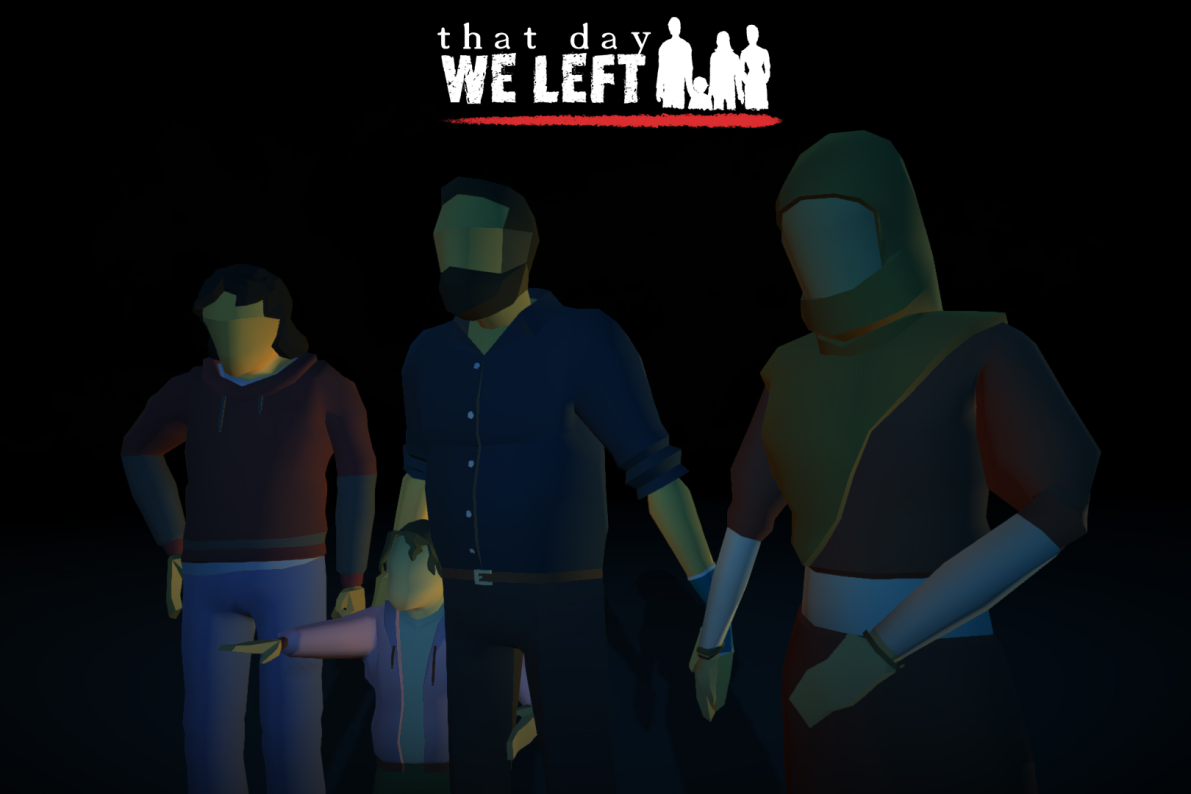 How far will you go to save your family? That’s the question at the heart of “That Day We Left” an immersive 3D adventure game which will attempt to recreate the real-life challenges Syrian refugees face while moving to safer ground from their war-torn country.

In development by Italian studio InnerVoid Interactive, “That Day We Left” is is told through the eyes of Rashid, a young man who leads his family in exile to Europe. Along the way, players combine narrative choice with resource management in this single player point and click to keep Rashid and his companions from harm, help them find safe places to sleep or hide, uncover hidden passages, find reliable transit, manage food and supplies, and basically, stay alive. Think of it as a blend of “The Secret Of Monkey Island” and “The Oregon Trail,” but with more somber overtones.

“We had to chance to talk with several immigrants and refugees, some of them directly coming from Syria,” lead developer Nathan Piperno told Vocativ in an email. “Long before the whole Syrian crisis was a thing, hundreds of people died trying to get across the sea in a desperate attempt to reach the Italian coasts. We’re talking about illegal immigrants who really had no other choice, people fleeing from persecution, war, poverty, famine, people that put their lives in the hands of fate.”

Told distinctly from the refugee’s point view,  Piperno said that in addition to the interviews, the group also turned to news archives for perspective, which detail harrowing tales of near-drowning, arrests, starvation, hypothermia, shady smugglers, and death. But when compared with the conditions Syrians face staying in conflict-ravaged homes without electricity or heat, the potential risks involved with leaving are often more attractive than the alternative.

“We didn’t leave because we wanted to,” the narrator in the trailer for the game explains. “Riots, famine, war. We had no other choice. We left our homes, our loved ones, in search of a new life. Walking for weeks, enduring hunger and thirst, death and misery.”

More than half the Syrian population is currently displaced, according to numbers at Amnesty International. Some 4.5 million refugees have fled Syria since 2011, and the majority are actually hosted by only five countries—Turkey, Lebanon, Jordan, Iraq, and Egypt, respectively. Many Syrians request asylum in Europe, largely in Germany and Sweden. The trek from Syria across the Mediterranean Sea to Europe is a particularly treacherous one escapees call, in no uncertain terms, the “journey of death.”

More Inside The Lives Of Syria’s Disappeared Citizens

Reaching Italy, often through deals cut in Libya, is a particularly perilous route that has been exacerbated by officials closing the route to Greece as part of a deal with Turkey, conflict in Libya, and smugglers using shoddy vessels for sea transport and other nefarious tactics to prey on the vulnerable in desperate need for aid. Nearly 4,000 migrants drowned trying to leave Syria last year for Europe, and recent reports suggest that number is expected to be topped this year—it’s already over 2,500. Some 880 drowned in one week this May when several boats capsized in the Mediterranean. Many of them were teenagers, unaccompanied.

That Day We Left isn’t the first effort at making the Syrian refugee crisis more understandable. In 2012, Auroch Digital created a game focused on the Syrian crisis called “Endgame: Syria,” but it portrayed the issue in terms of military and political choices that affect both sides. That was born out of a project called Game the News, which encourages developers to create games drawn from headlines and world affairs.

Other groups have taken a more circuitous route to portraying the experience. Charity Save the Children released two videos aimed at humanizing the Syrian refugee experience for Westerners. The second video, published in May and titled Still the Most Shocking Second a Day, follows a British girl through a war-damaged London to depict the refugee experience. It attracted criticism for being misguided in not making the face of the issue a Syrian child set in, say, Damascus. Deputy Creative director of Save the Children Jess Crombie told NPR that was a deliberate choice.

“We knew the viewer would not expect to see the streets of London to be war-torn, and its children forced to become refugees,” Crombie said. “This contrast makes it more relatable to those not living in a war zone.” But Syrian refugee Shadi Martini at the Multifaith Alliance in Michigan told NPR it was “accurate, actually.”

“A problem we [Syrian refugees] always face is that people think we are exaggerating,” Martini said. “What we [tell people] is only 5 or 10 percent of the truth. We can’t explain in words what the situation is. The reality is much more horrifying [than what is shown in the video].”

With reality as its guide, Piperno says the team wanted an immersive, accurate experience in the game to create as balanced a perspective on the experience as possible, while also making something interesting to play.

“We want to make a good game, that’s our first concern as game developers,” Piperno wrote. “Our second concern is to give to our players a neutral perspective about the crisis, allowing everyone to understand that the problem has no simple solution. Politicians may say anything to grab more votes, but the reality is that neither building a wall nor welcoming everyone is going to solve anything. This is the real world and the real world is not made of right and wrong choices, you usually simply have to search for the lesser evil.”

The group is currently in the middle of a Kickstarter to finish the project, and hope to finish the game in 2017 it if they can get the funds by September 1.