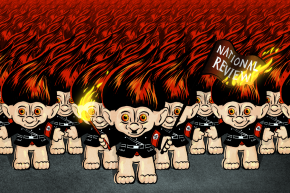 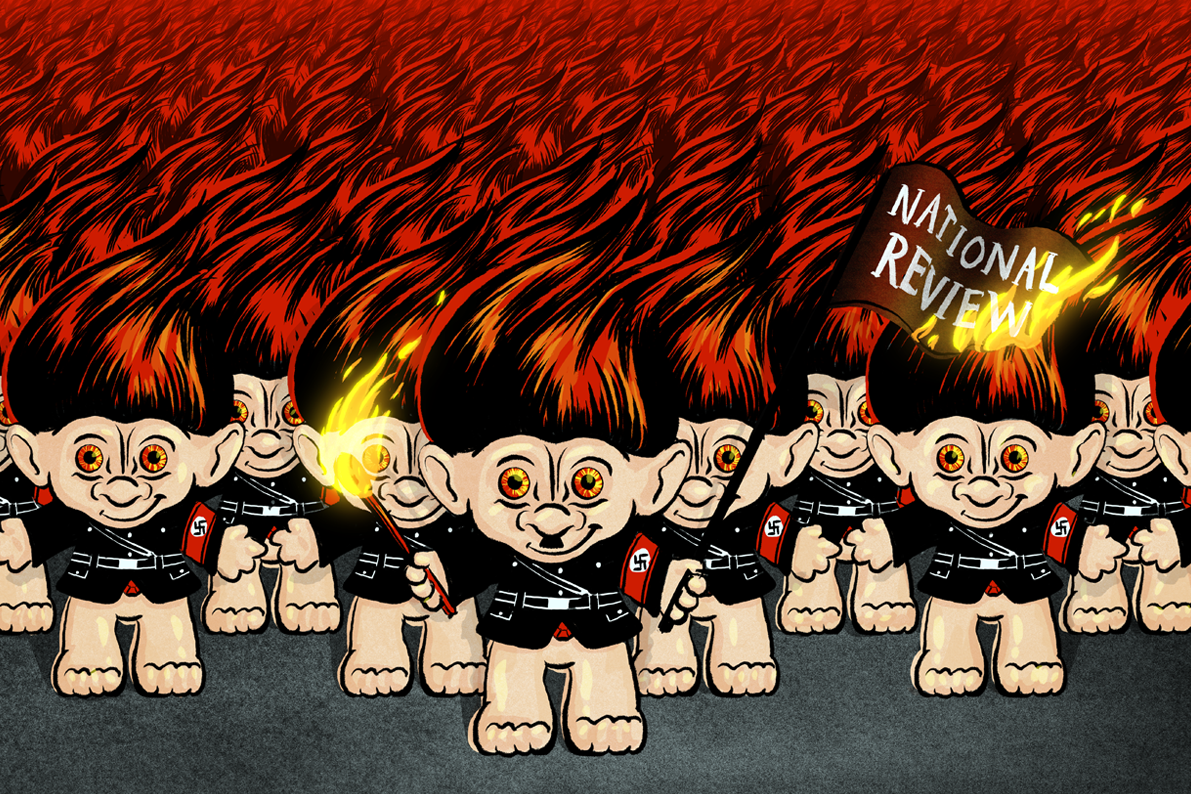 A “Nazi Troll Army” is patting itself on the back for a “major victory” over the National Review after the publication announced last week that it will move its comment platform to Facebook.

An anonymous contributor at the Daily Stormer, a white supremacist website started by renowned racist Andrew Anglin, published a blog post on Tuesday taking credit for the decisions of the “dark Jew and cuck forces of the National Review” to move from the comment platform Disqus to Facebook. The racist right is billing the shift as a “major win” for anti-Semitic social media trolls–even though the anonymous blogger recognizes that Facebook has stricter commenting rules, which will make it more difficult for the “Nazi Troll Army” to clog comment threads with their racist propaganda.

“Facebook is notorious for banning users who do not completely go along with the diabolical Jewish Marxist agenda,” the contributor wrote. “They’ve even banned Donald Trump supporters lol.”

The National Review, which made the announcement online on Friday, did not respond to Vocativ’s multiple requests for an explanation behind the change.

As Vocativ has been reporting for months, this type of online harassment from the racist right reached a fever pitch after two well-known bigots, and unapologetic Donald Trump supporters—Anglin and Andrew Auern­heimer—targeted journalists like Julia Ioffe, who wrote a profile about the GOP nominee’s wife Melania Trump for GQ magazine. In a post on his Daily Stormer blog, Anglin—under the headline “Empress Melania Attacked by Filthy Russian Kike Julia Ioffe in GQ“—encouraged his readers to “please go ahead and send [Ioffe] a tweet and let her know what you think of her dirty kike trickery.”

The Anti-Defamation League, a civil rights advocacy group that tracks bigots like Anglin, said that Anglin essentially declared “war” on Jewish journalists. “You’ve all pro­voked us. You’ve been doing it for decades—and cen­turies even—and we’ve finally had enough. Chal­lenge has been accepted,” Anglin wrote.