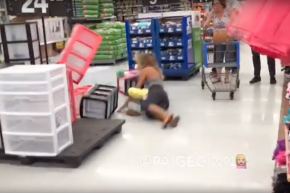 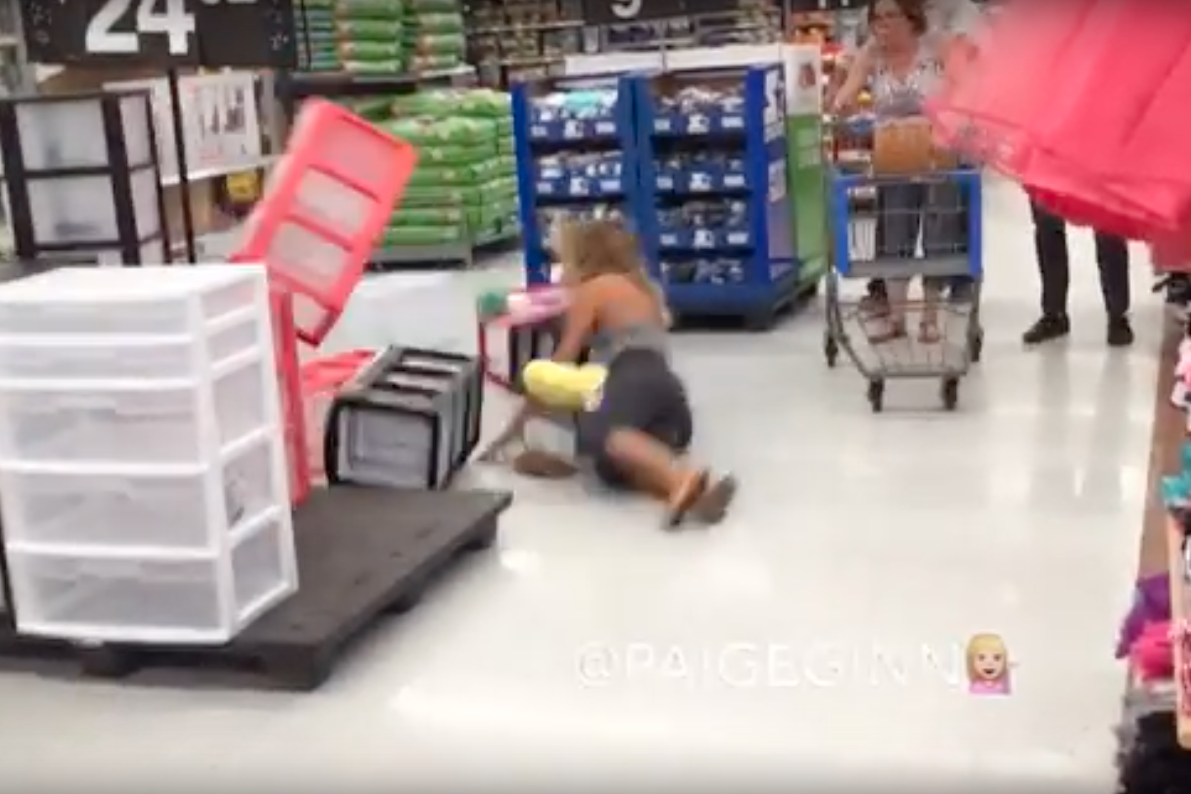 The internet is overflowing with people who do dumb things for attention, and usually it’s entertaining. (The swimming pool is on fire!) But occasionally someone comes along who does something so stupid that you can’t even laugh because it just pisses you off. Meet Paige Ginn, a girl who dedicates her considerable energy to falling down in public and then posting it on Instagram.

It’s a bizarre maneuver, using the attention you attract in the real world to gain more online, but it seems to be paying off nonetheless: her antics have earned her more than 172,000 Instagram followers, and she’s even doing sponsored posts. Ginn started all this a few months back with a video of her wiping out at In-N-Out Burger:

Over time, she added to her “repertoire,” rolling around the aisles of a Walmart like a maniac who is intentionally making a spectacle:

I love this guys reaction. 😂 he’s like “I don’t know” hahahahaha. (Link in bio for full video)

But for someone who made this their signature gag, she’s not a very convincing practitioner of the pratfall:

I love this guys reaction. 😂 he’s like “I don’t know” hahahahaha. (Link in bio for full video)

And even the inherent risk of injury hasn’t stopped her. (She’s gotten at least one VERY terrible cut.) However pointless this may be, Ginn is frighteningly committed to this bit, along with a few others (which primarily involve acting strange in big box stores).

“Can you help me stretch?” #CamelToeOnFleek

If all this makes you want to throw yourself on the ground and cry about the sorry state of our civilization, just be sure to do it in public while someone is filming.