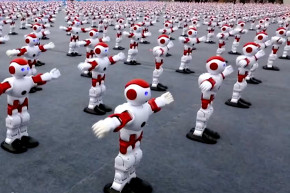 Wow, 1,000 Robots Dancing Together Is Creepy
By Andrew Caringi

Wow, 1,000 Robots Dancing Together Is Creepy 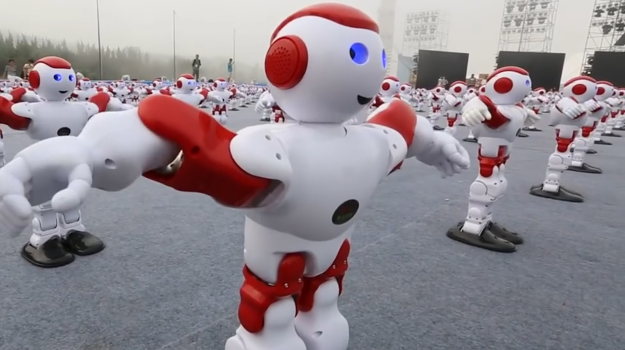 You thought flashmobs were dead. You hoped flashmobs were dead. But now flashmobs are immortal and soon our robot overlords will be flashmobbing humankind into extinction. These 1,000 robots broke the world record for biggest number of simultaneously dancing robots. The record-breaking dance routine took place at a beer festival in China. Imagine being at a beer festival in China, then all of a sudden 1,000 robots appear and start dancing in unison to Chinese pop music. Imagine that. Mind. Blown.

The 1,007 robots were all controlled from a single mobile device. Special encryption technology prevented interference from surrounding devices.

We had Skynet all wrong, folks. It’s not shiny chrome limbs and shapeshifters in police uniforms, it’s tiny plastic dancers. And they’re going to the pub.