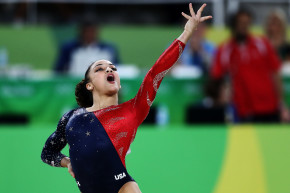 Hernandez stands out even on a team loaded with superstars 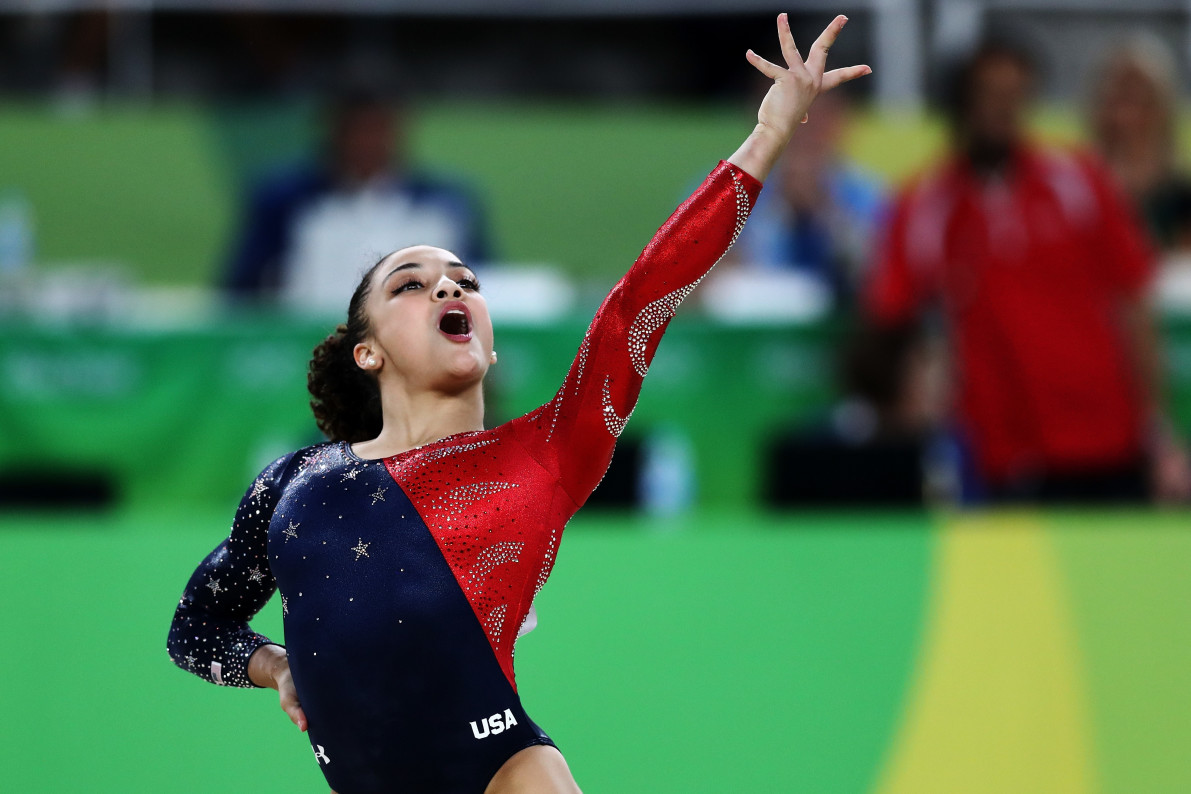 The US women’s gymnastics team is the overwhelming favorite to take home gold at the 2016 Olympics in Rio, and for good reason. The squad features Gabby Douglas, the defending individual all-around Olympic gold medalist, in addition to Simone Biles, the pint-sized three-time world all-around champion whose talent is so massive that some believe she will win five gold medals in Rio.

But with the qualifying round in the books and team finals on Tuesday, the spotlight has expanded to include another American—16-year-old Laurie Hernandez. Dubbed “Human Emoji” and “Baby Shakira” because of her doe-eyed, expressive face and fierce competition style, Hernandez’s performances are reliable crowd-pleasers, particularly when she’s doing the beam or floor exercise.

During the Olympic qualifying round on Sunday, Hernandez put in a near-perfect performance on the beam that earned a second-place finish and new fans around the globe.

Gymnast Laurie Hernandez looks like she's starring in her own @Disney movie. #Olympics

With a strong performance on the beam and her team thought to be unbeatable, Hernandez could be a two-time Olympic medalist by the time the games in Rio are over. That’s quite a feat for Hernandez, who was questionable to even make the team after she sat out all of 2014 because of injuries.

But her newfound fame isn’t a surprise to everybody. On the forum of gymnastics website chalkbucket.com, which tends to attract gymnastics parents and coaches, threads were littered with admiration and joy for Hernandez after she put in the strong performances on both the floor exercise and the beam. Others were disappointed she wasn’t selected to compete on the bars (only four of a team’s five gymnasts can complete in each event during the qualifying round). Because gymnasts have to compete in all four events to qualify for the all-around individual competition, the snub on the bars guaranteed that Hernandez could not make the all-around finals.

Teams are only allowed to send two gymnasts to the all-around finals, so it’s unlikely Hernandez would have been able to leapfrog teammates Aly Raisman and Gaby Douglas to join Simone Biles in the event. Even Douglas, the defending individual all-around gold medalist, won’t compete despite finishing third overall in the qualifying round because the two people ahead of her are teammates.

As disappointing as that must be for Hernandez, the biggest loser might be the fans, who will have to settle for seeing the magnetic gymnast in the team finals on Tuesday and in the beam finals on August 15.

“You can learn to be graceful but it’s not the same as the ones it comes naturally too,” said chalkbucket.com user cadybearsmommy. “Just like you can learn super sassy dance moves, but you can’t learn that natural personality to go with them. Laurie’s floor routines just explodes with natural personality and it’s just infectious, it’s no wonder she is a crowd favorite! [sic]”