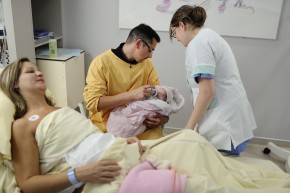 Only a fraction of Italian women are given epidurals at public hospitals. Now an online grassroots campaign to demand both pain relief and better attitudes from hospital staff has reached the legislature 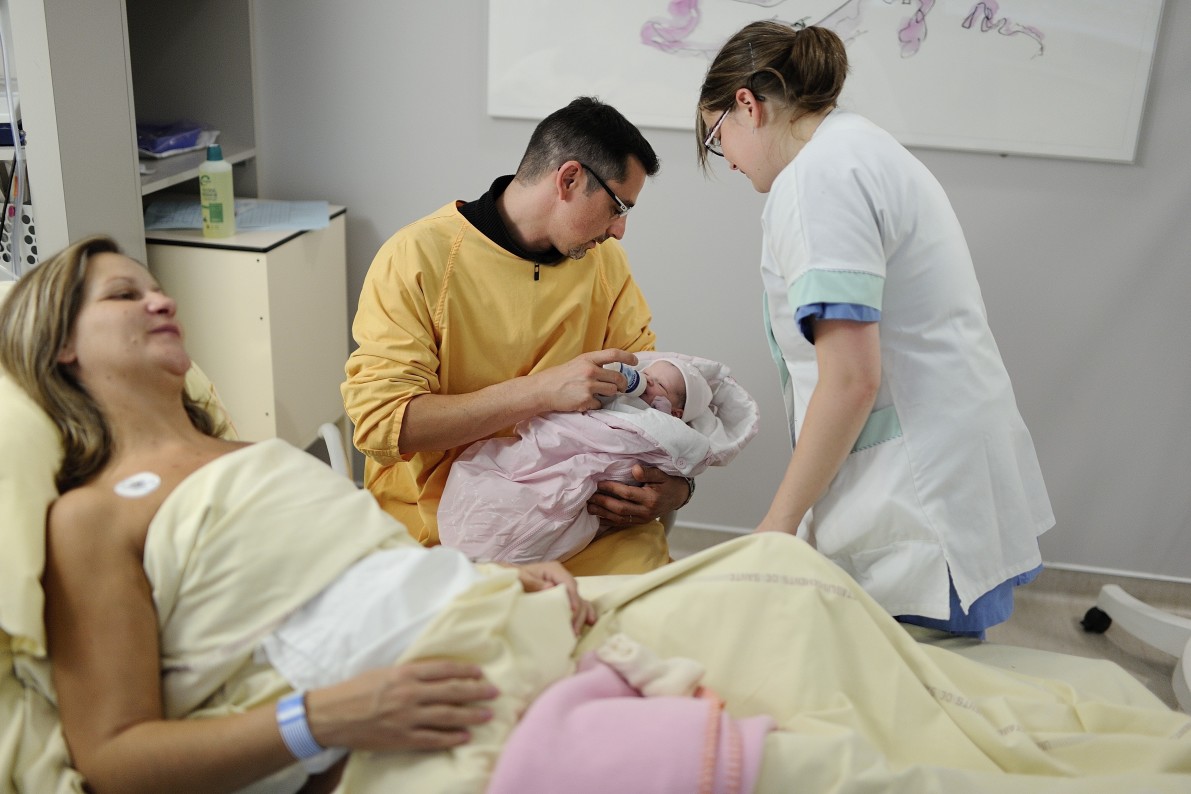 Like the vast majority of women in Italy, Maria (not her real name) gave birth without any pain relief. When the contractions became unbearable and she began to scream, the medical staff ordered her to “shut up.”

“You liked it when you spread your legs last time, didn’t you?” said one of the staffers.

In this Catholic country, where motherhood is deeply associated with self-sacrifice and conservative views about female sexuality are still widespread, childbirth can sometimes be a humiliating experience, as if the pain of labor were atonement for some unnamed sin. Only 20 percent of women are given an epidural—compared to 61 percent in the United States and 75 percent in France. Italy tops the World Health Organization’s list of countries where unnecessary C-sections are most frequently performed, suggesting that hospitals might not always have women’s best interests at heart.

But perhaps most upsetting is the frequency with which hospital staff insult women. “We have a big cultural problem. We live in a society that shuns pain in every aspect…yet we expect women to suffer without complaining as an indispensable requirement to become mothers,” said Francesca Sforza, who covers gender issues for the daily newspaper Stampa. She added, “It’s rampant misogyny.”

Now, thanks to social media, Italian women are speaking out about the problem—and the government is taking note. With a Facebook campaign launched last spring, the NGO Human Rights in Childbirth invited Italian mothers to share their experiences anonymously. Titled “Basta tacere” (or “no longer silent”) the Facebook page collected hundreds of testimonies, included the one quoted above. The same NGO also conducted an online poll, with 48 percent of respondents reporting they suffered some kind of abuse during childbirth, 37 percent reported verbal abuse, 24 percent said they were neglected when they asked for help, and 22 percent claim the medical personnel refused to administer anesthetic.

“Finally women are making their voices heard and fighting for a change,” said Alessandra Battisti, a lawyer in Rome and one of the organizers of the campaign. Suing hospital staff for abuse is “extremely difficult,” she explained, because “as long as mother and child are both alive, judges are reluctant to recognize any wrongdoing.”

The campaign spurred a heated debate both in the news media and on social networks, drawing the attention of lawmakers. On August 2 three members of parliament from the leftist SEL party launched a parliamentary inquiry into the rights of expectant mothers, citing “Basta tacere” as a source. One of them, Adriano Zaccagnini, presented a draft law that would make “abuse during childbirth” a crime. Also signaling a shift, the government announced in July that hospitals would be required to make epidurals available.

While many hailed the news, Battisti says these changes would not solve the main issue—i.e., how women in childbirth are treated by the medical establishment in Italy. “Reducing mistreatment of women in labor to a debate about the availability of epidurals is simplistic. The problem is much deeper: Women in labor are treated as passive objects rather than individuals with an active role. Medical staff subject women to procedures without informing them, which does happen in other [medical situations].” She continued: “Women are also infantilized. Their complaints about pain and their expressions of concern are dismissed as tantrums; this dismissive attitude means complications can go undetected until it’s too late. I’m glad women will have the choice to receive an epidural, but they should also have the choice to opt for other kinds of pain relief. What I’d like to see is for them to be treated like sentient beings worthy of respect and capable of choosing the kind of childbirth that suits them best.”

Even if the new law mandates that epidurals must be available in all public hospitals, some doubt the directive will be respected. There are no official figures, but anecdotal data suggest that doctors sometimes refuse pain relief to women even in hospitals where it is available, and even in cases where the patient has requested it and completed all the required paperwork and blood exams. This phenomenon has been documented by La27esima Ora, the women’s blog of Corriere della Sera—one of Italy’s two leading newspapers.

The reason might be cultural. The perception that pain is a necessary part of motherhood, and that therefore anesthesia is a whim—both superfluous and harmful—is very common in Italy, including among doctors and nurses. For instance, Famiglia Cristiana, a popular Catholic magazine, featured several experts, including psychologists and midwives, who explain that withholding pain relief during childbirth makes better mothers.

Some believe the source of this attitude is found in religion. According to the Bible, God punished Eve for eating the forbidden fruit by sentencing all women to pain in childbirth, as per Genesis 3:16: “In pain will you bring forth children.” But in fact the Catholic Church stated in 1956 that it does not oppose anesthesia during childbirth. And Spain, an equally Catholic country, does not share Italy’s negative attitude to epidurals.

Francesca Sforza, the writer, believes the issue is part of a wider cultural struggle: “To some people, avoiding pain during labor means renouncing the traditional burden of motherhood. For ages, the attitude was that women had to suffer in order to become parents, but men did not. In Italy, where mothers are expected to be much more selfless than fathers, this distinction has strong cultural implications. Now, modern medicine can make this disparity disappear. So [conservatives] oppose the epidural for the same reason they oppose adoption for gay couples or the fact that mothers and fathers are increasingly sharing childcare tasks. It’s something that challenges traditional gender roles.”