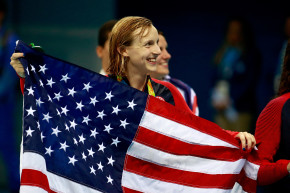 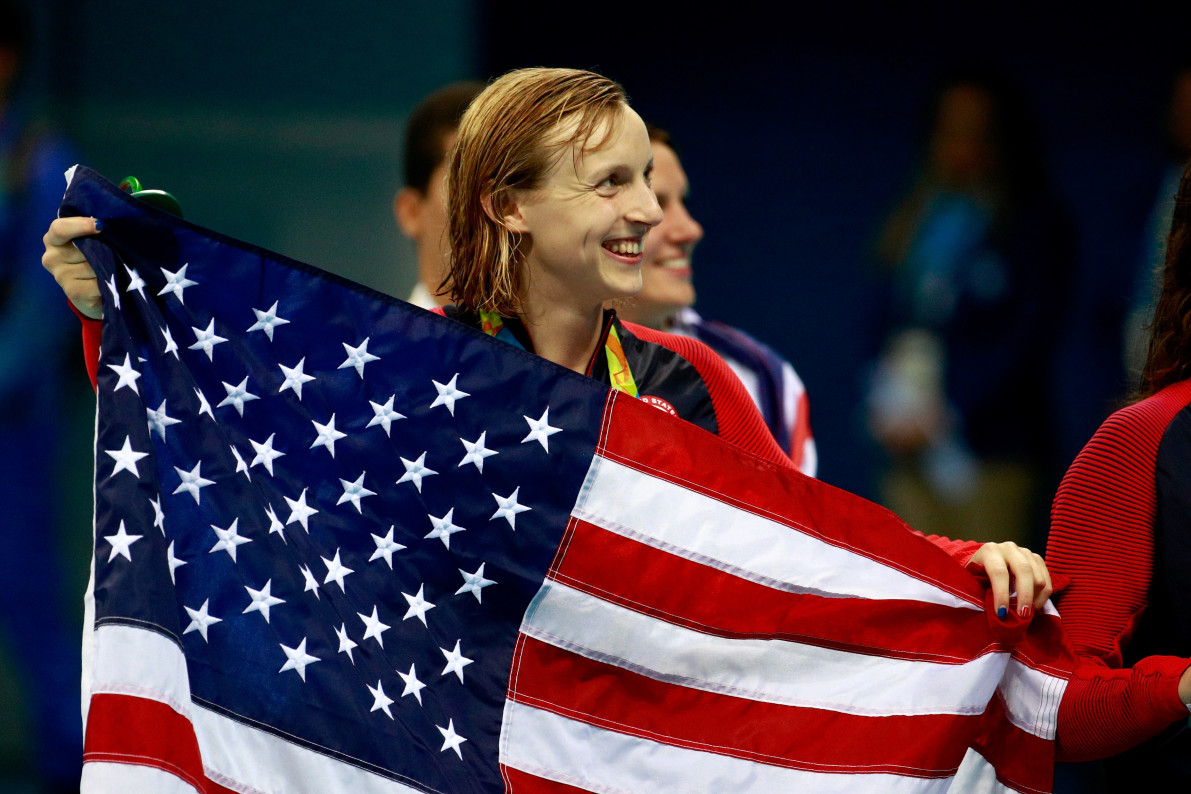 US swimming prodigy Katie Ledecky was so dominant on Sunday in the 400-meter freestyle that the only person she was really racing was herself. She set the world record in the that event during the 2014 Pan Pacific Games. On Sunday, she coasted to the gold medal and beat her own world record with a time of 3 minutes 56.46 seconds, almost five seconds faster than silver medalist Jazz Carlin of Britain.

Vocativ analyzed Twitter chatter surrounding the Olympics and found that Ledecky’s world record was deemed the most #amazing thing that happened at the games on Sunday, according to Twitter users. From 11 p.m. ET Sunday and 10 a.m. Monday morning, Ledecky’s name was mentioned 135,831 times.

"People say she swims like a man." No. She swims like the amazing female Olympian she is. #Rio2016 #USA #Ledecky https://t.co/hPtJq1xO1F

Katie Ledecky is a beast! Crushed that relay! So amazing she won gold and got the world record. #Rio2016