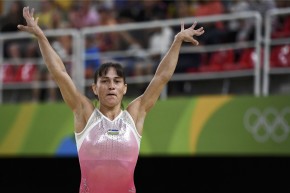 Oksana Chusovitina is competing in her seventh Olympics against competitors less than half her age—what have you done with your life? 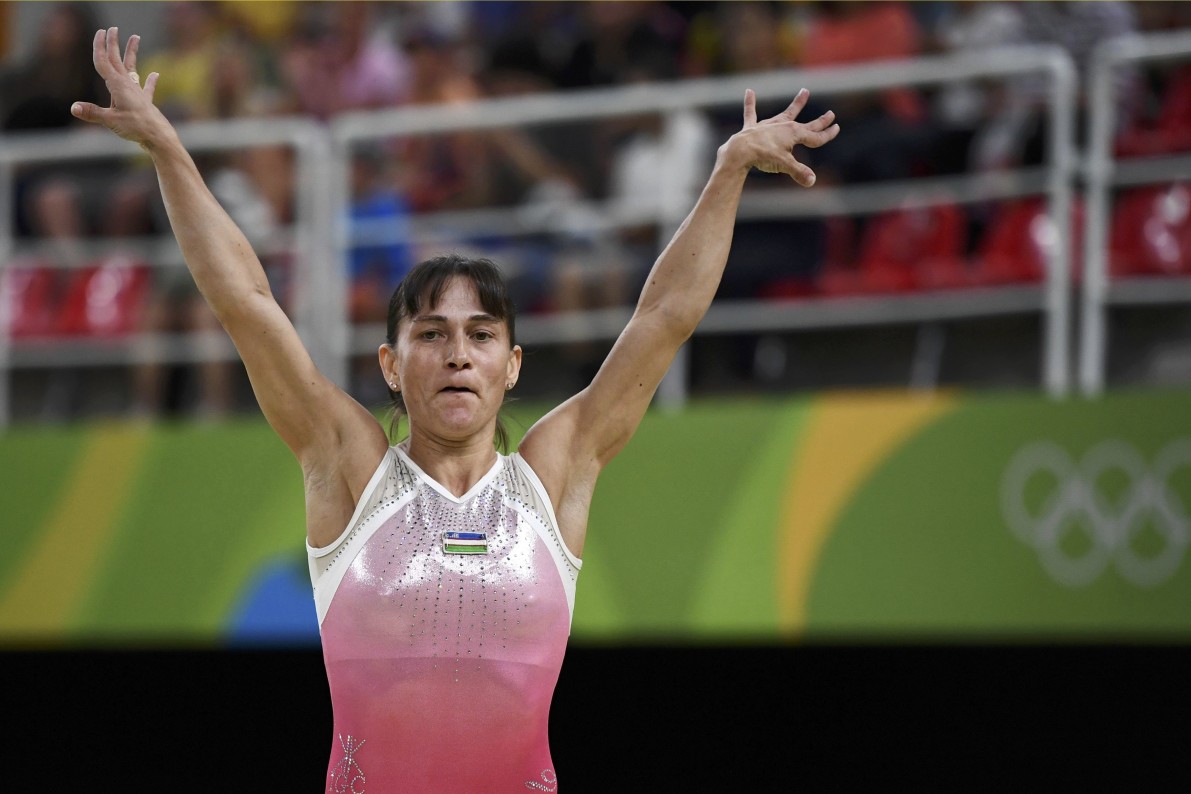 Women’s gymnastics is notoriously dominated by the young—the teammates of American Aly Raisman, all of 22, call her “Grandma Aly”—but one of the top vaulter’s at this summer’s Games made her Olympic debut before Raisman was even born.

Uzbekistan’s Oksana Chusovitina made her first of now seven—!!!!!!!—Olympic appearances at the 1992 Games in Barcelona, when she won a team gold medal while competing for the Unified Team. (For those, like Raisman and her younger teammates who entered this world after the fall of the Soviet Union, that was a team comprised of athletes from former Soviet states.)

Chusovitina made an impressive return to competition on Sunday night. Let’s see if we can find a side-by-side demonstration of her Olympic debut and her 2016 vault.

Sorry, I couldn’t resist. But that does illustrate some of the technical advances in the sport. It’s one thing to remain fit enough to be a world-class athlete for 24 years—the span between her first and seventh Olympic Games—but another to evolve with the sport and keep pace with the necessary new skills. Here is actual footage of one of her 1992 vaults:

Compare that with her vault on Sunday, which can be found at NBCOlympics.com.

Chusovitina is a true outlier in this sport in which her 16-year-old son is the same age as many of her competitors. Adding to her already-impressive story is that part of her earlier motivation for continuing in gymnastics was the chance to earn a sufficient income to pay for her son’s cancer treatments.

She later earned an individual medal, a silver, in the 2008 Beijing Games at age 33, by which point she had already been featured on a postage stamp in her native Uzbekistan for seven years.

Needless to say, her appearance on Sunday inspired many viewers of what can be accomplished.

Love this! It's never too late. Do what they say you can't…

41-year-old gymnast is proof age is just a number https://t.co/NTAFtOBnGi

Oksana Chusovitina & I are EXACTLY the same age but she's jumping over vaults in Rio & I'm watching her on TV like pic.twitter.com/LwXAs3HHzV

The world, of course, couldn’t resist some self-deprecating age jokes, too, because this is the Internet.

A 41 year old gymnast is competing in her 7th Olympics. I just texted my son and offered him $5 to come downstairs and hand me the remote.

Felt kinda sore when I got out of bed this morning then saw 41 year old women’s Olympic gymnast do a vault.

That 41 year old gymnast is amazing but I imagine it's hell having to hang out with 14 year olds every 4 summers when youre that age.

There's a 41 year old gymnast…. I'm 18 and sometimes can't move bc I've had too much ice cream

Wait! There's still a chance for us over 40's! Do we have to wear the leotard?"Meet the 41-year-old Uzbek gymnast”https://t.co/UzusPRFAAu