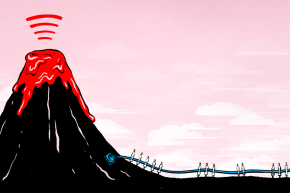 This Team Is Connecting A Volcano To The Internet 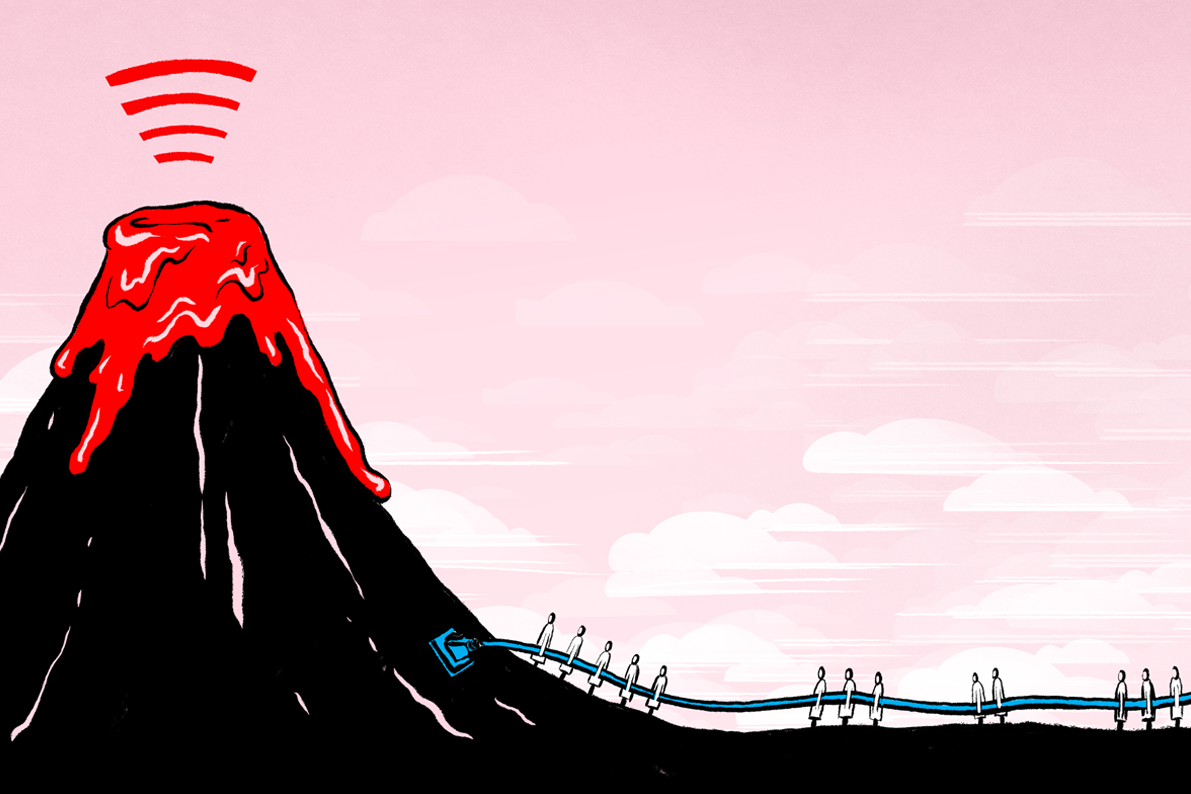 A team of adventurers want to climb inside a volcano and fill it with gadgets—but they’re not the villains in an Austin Powers movie, rather scientists, hoping to better predict eruptions. Over the next two weeks, a team of adventurers will install 56 sensors inside a volcano to monitor it in real time, according to a press release about the project.

The volcano is called the Masaya Volcano, aka the “The Mouth of Hell,” in Nicaragua. It’s one of the most active volcanoes in the country—it’s erupted at least three times in the past decade. It’s erupting now, too, with a lake of lava welling up inside the caldera, a basin at the top of a volcano. And though its eruptions usually involve placid lava flows that ooze out of the volcano, Masaya sometimes explodes and can injure people nearby.

Studying volcanoes is dangerous work. Sometimes volcanologists gather samples of lava or gases from around or inside the volcano. But usually, to predict when one might erupt, volcanologists measure seismic activity, ground movements, and the volcano’s temperature. The work is safer, and the tools to monitor volcanoes are better than ever, but they still don’t enable researchers to predict eruptions completely accurately.

Real-time monitoring and big data could change all that. The 56 sensors going into Masaya will keep track of the carbon dioxide levels, temperature, humidity, atmospheric pressure, and gravity over the next three months. All that data will be funneled into Predix, GE’s platform designed to make sense of big data (GE is subsidizing the project). At the end of the experiment, GE will release the data to developers who can come up with more sophisticated prediction algorithms.

There is, of course, the challenge of putting the sensors where they need to be. A team from Qwake, an organization with a mission to “[merge] groundbreaking scientific expeditions with cutting-edge technology to drive positive change” will use ropes to rappel down the 1,200 feet into Masaya to put them in place. They are posting videos of their stunt on Snapchat and are likely to use Facebook Live from inside the volcano on August 12.

The images from above and inside the volcano are cool to see. And it’s even better to know that the mission is ultimately one dedicated to scientific progress—and maybe even saving lives.