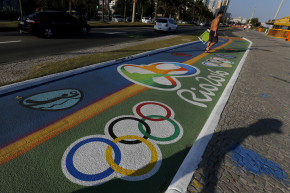 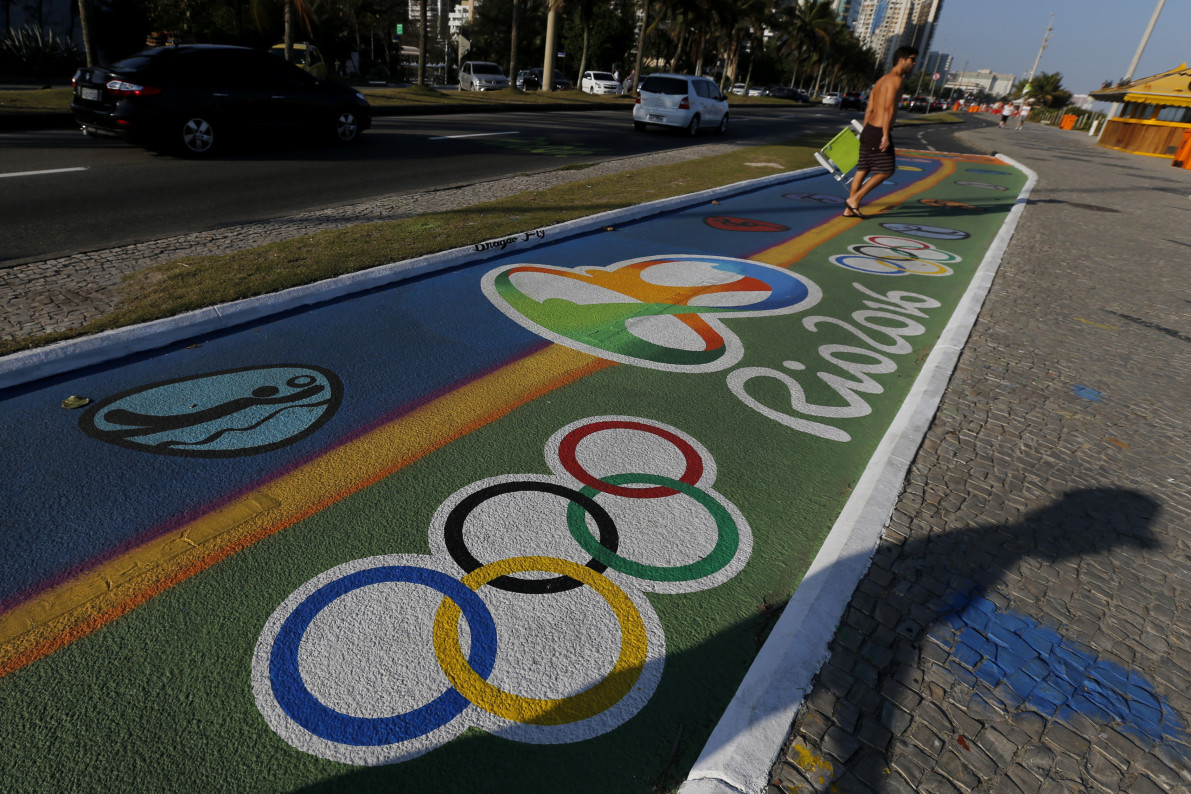 This man may be violating an Olympic copyright just by crossing the street — REUTERS
By Sara Morrison
Aug 04, 2016 at 10:40 AM ET

In an effort to over-protect its Olympic copyrights, the United States Olympic Committee has been sending cease-and-desist letters to non-sponsor businesses that dare to even hint on their social media platforms that the Olympics exist. While most businesses have had to cave under the pressure, one is fighting back.

According to Gizmodo, a carpet cleaning business in Minnesota will sue the USOC on Thursday over the right to tweet freely. Its lawyer, Aaron Hall, said in a press release that Zerorez Minnesota “has been silenced” by the “trademark bullying” USOC.

“It is ridiculous to suggest small businesses cannot reference the results of an event, congratulate hometown athletes, or use Olympic terms in harmless discussions,” Hall said.

Hall told Gizmodo that Zerorez is “very engaged with social media” and does not want to be censored.

Let us come to you; we'll deal with Hwy 100 construction so you don't have to! pic.twitter.com/04tRG8pi3d

Some times we wonder what our employees are thinking during work, this seems pretty close to what we imagined! pic.twitter.com/ElNueiM4uf

We understand the feeling, we just wish we didn't have to watch those uniforms get so dirty! https://t.co/Iu9k3Io4Sa pic.twitter.com/EdxAUB25L0

Not all superheroes wear capes, for example our amazing technicians! https://t.co/orv7ej49V1 pic.twitter.com/yTG3LPtU1r

Aside from the memes and news about carpet cleaning deals, Zerorez does tweet about local athletes and events:

Don't get us wrong we love the twins, but maybe it's to give our other team some attention! #StPaulSaints pic.twitter.com/haSIroZiDI

The Lynx are really working to keep state pride high, we're rooting for them at ZEROREZ® https://t.co/tJzCLtk3BB pic.twitter.com/KG82hKMVwf

So it’s entirely reasonable that it would want to inform its handful of followers about Minnesota Olympians’ results, and is thus having a difficult time doing so under the USOC’s exceedingly broad definition of its intellectual property. The USOC did not immediately respond to a request for comment, but it probably isn’t too worried about the lawsuit; The Olympics officially start … er … Friday, so the case may very well not be decided until well after the games conclude. But hey, there’s always #PyeongChang2018 (assuming Twitter still exists by then), right?