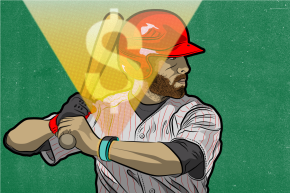 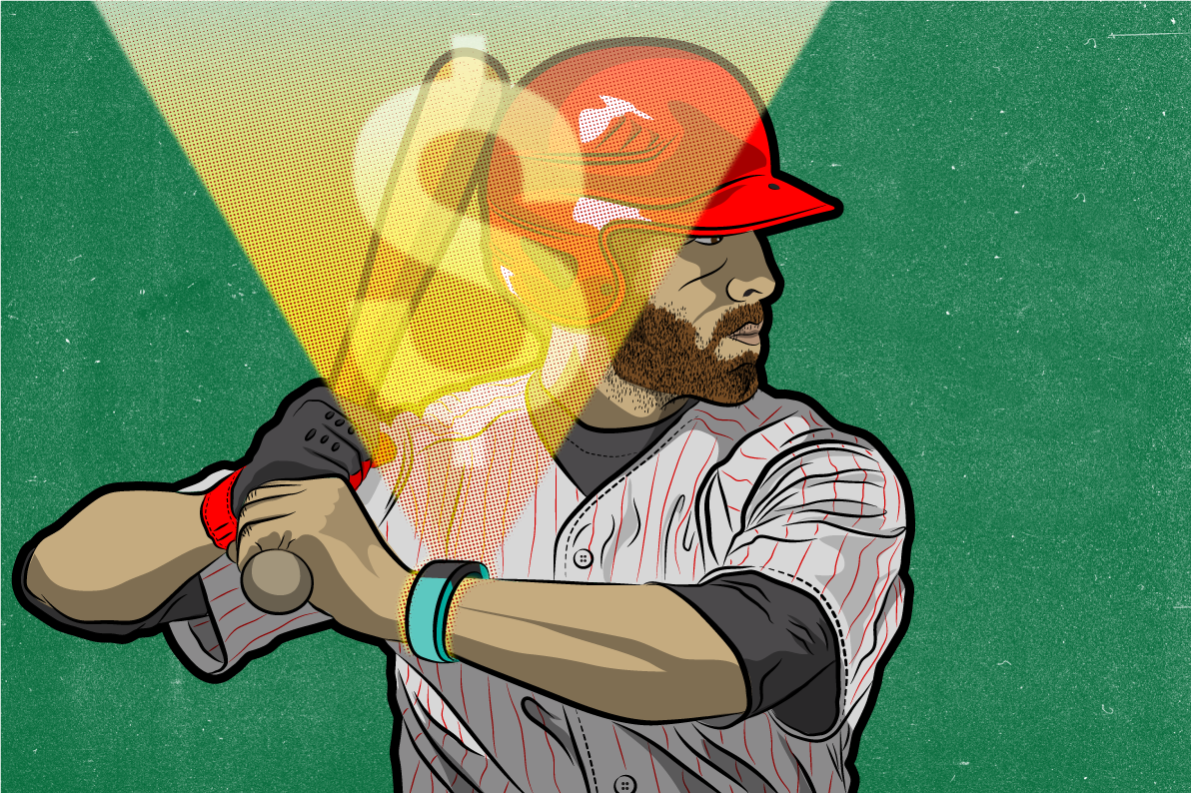 For the first time, Major League Baseball approved two wearable devices for in-game use this season, adding to the vast suite of data-collection tools already in use. Many clubs enlist physiological tracking technologies for training purposes, but players are becoming concerned over the use and privacy of data collected from them, and how much their clubs might reach into their lives off the field. Call it data collection mission creep.

While players acknowledge and appreciate that the primary aim of the new devices is to improve performance and reduce injury, some are wary about ulterior uses. They fear clubs might insist on invasive tracking away from the ballpark, or that data hinting at future injury could lead to a lowball arbitration offer or reduced free-agent contract.

“It’s not really the technology itself—it’s all, in theory, great,” Colorado Rockies reliever and team union rep Adam Ottavino said. “I think we’re always a little bit scared of giving away too much of ourselves.”

The Zephyr Bioharness and the Motus elbow sleeve (the two approved devices) log heart and breathing rates and a pitcher’s workload and strain, respectively. They’re permitted so long as the data does not stream live and is instead stored for post-game retrieval. But even if it’s not available to be streamed live, collecting players’ biometric data raises a lot of questions.

New York Mets outfielder Curtis Granderson is a Major League Baseball Players’ Association representative and holds a senior leadership position in the union. He says: “It’s a matter of how much access will we have to it?’ How much [access] will the team have to it? What will be done with it?”

The league and the MLBPA have been meeting regularly for more than year to discuss appropriate use of wearables and negotiate a new collective bargaining agreement to replace the current pact scheduled to expire at season’s end. They’re worried how a greater thirst for biometric data might start to creep into contract negotiations.

“As players, we’re very interested in getting feedback from what these technologies can bring us—like wearing a sleeve that can tell you what kind of stress you may be putting on your arm or a sleep monitor to know how you’re sleeping or how to improve your sleep, something like that,” New York Yankees pitcher Adam Warren said. “There’s a lot of stuff that can benefit a player to try to reach that maximum potential.

The league sees data gleaned from wearable devices as simply another evaluative tool, like sabermetrics and Statcast assessments. Any new means of appraising talent and skill has the potential to influence players’ valuations. Some will be reappraised negatively, while others will benefit from more scientific scrutiny.

The union supports collection of data that might aid a player’s growth. The MLBPA simply urges caution on how the two sides proceed, recognizing potential concerns over the data’s use and that any agreement could have broader labor implications beyond baseball.

One set of guidelines governing wearable technology was agreed to prior to this season. Gear requires approval from the Playing Rules Committee based on whether the equipment is safe, whether it alters performance, and whether it has sufficient for merits for inclusion. Once approved, teams can request, but not insist, that a player wear a product. The voluntary nature means players have some say in who can review their data. (Because use of these wearable gadgets has not been mandated by a doctor, they fall outside the purview of the privacy protection of HIPAA—the Health Insurance Portability and Accountability Act—much like a common FitBit., which limits the legal protection.)

“We aim to facilitate a process that allows the teams and players to come together on mutual goals related to health and performance,” a league spokesman said in a statement. “Players can choose to wear the technology voluntarily.”

The current negotiations are not expected to bring about any radical change. With the issue (and the technology) evolving so rapidly, a static set of rules doesn’t make sense and the CBA will probably instead include only broad parameters at this point, so the concerns will roll forward.

“It’s a legitimate concern for which there is no stock, negotiable collective-bargaining provision that solves it,” said Neal Brickman, a prominent labor attorney in New York. “Unfortunately, although it may provide treatments and training techniques that could improve performance and lessen the risk of injury, knowledge is classically power, and if it gives an unfair negotiating leverage, it’s no good.”

This year’s agreement includes a confidentiality agreement that effectively prohibits the presentation of the data in arbitration, although the CBA expires prior to the next round of hearings. If a club does use wearable metrics to exert leverage on a player, it’s unlikely anyone would ever use the devices again.

That’s not enough to mollify players mulling worst-case scenarios. Rockies catcher Nick Hundley said that, while “the vast majority” of baseball executives would use the information fairly, he noted how most of the Philadelphia Eagles’ NFL roster turned over within two years of Chip Kelly — who began a major data collection effort — being hired as coach. Hundley emphasized that he understood it wasn’t true cause-and-effect and couldn’t guarantee it would happen in baseball, but remained leery of potential ramifications nevertheless.

Here’s a hypothetical that explains the inherent conundrum. Suppose use of the elbow sleeve is eventually shown to identify a tendency that could lead to Tommy John surgery. In some cases, coaches could help a player correct his mechanics and avoid the problem altogether. In other cases, the injury may be inevitable, meaning the player misses out on a long-term contract.

Which scenario outweighs the other? While some players will benefit, the position of the entrenched veteran players is clear.

“We don’t want a situation where they reveal some sort of indicator, whether it be real or not, of somebody’s declining performance or declining health and then cut bait on that player,” Ottavino said.

Some of the players Vocativ spoke to also worried about possible monetization of that data—such as a sponsorship arrangement in which a hitter’s heart rate while facing an opponent’s closer in the ninth inning is broadcast on television—but the league has no plans to do that.

Baltimore Orioles closer Zach Britton cited privacy as the main reason for his lack of interest in the devices, emphasizing that such data should be fully “confidential.” Mets veteran infielder Kelly Johnson said that, while he uses a heart monitor in the weight room to maximize his workout, he doesn’t understand what value a team could gain from accessing that data. “I can’t see the relevance for baseball,” he said. “It might be relevant for CrossFit or something. Are we trying to be the best baseball players or are we trying to be the best at exercising?”

One’s underlying fitness can enhance a player’s performance, of course, but should the team only be measuring the outcome? Is the process fair game, too?

Mets second baseman Neil Walker said he understands that technology is intended for players’ betterment and has dabbled in the field, having worn a heart monitor at times with the Pirates and a pedometer with both clubs. He even takes daily vitamins that purport to enhance his vision. That said, he is adamant that the decision remains optional.

“The benefits to non-benefits don’t seem to be as equal in our opinion,” Walker said.