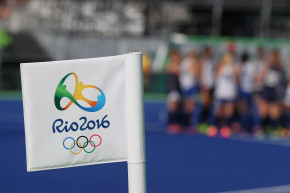 Breaking: Olympic Athletes Are Both Tall And Not Tall
By Robert Silverman

Breaking: Olympic Athletes Are Both Tall And Not Tall

In a shocking development, U.S. Olympic gymnast Simone Biles revealed via Twitter that human beings—even athletes—vary in shape and size.

As you can see in the photo below, Biles stands a mere 4 feet, 8 inches tall.

size difference in olympians doesn’t matter, depending on what sport you do 😉 6’8″ & 4’8″ pic.twitter.com/xiU9zIBXJH

The very tall individual pictured next to Biles is a fellow Olympian, volleyball player David Lee, who, over the course of his 24-year lifespan, sprouted to a colossal 6 feet, 8 inches. By Vocativ’s calculation, he is two feet taller than Biles.

But not content with merely pointing out the vertical disparity, Biles also dropped a mountain of truth in asserting that lofty, towering athletes have an advantage in certain sporting events, while in others, it’s a downright impediment.

As a volleyball player, Lee is often required to jump very, very high, using the full extension of his body, often raising his arms into the air to appear taller than he is, to spike the ball over the net, as can be seen in the video below.

Conversely, the diminutive and gifted Biles would find it nigh-impossible to perform the varied gymnastic maneuvers—the floor exercises; the balance beam; the uneven bars—were she to possess Lee’s vertiginous frame.

But the difference in height between these fine athletic specimens proved itself to be a font of unending delight and joy for Biles’ Twitter followers, some of whom are not particularly good at math.

Many were tickled such a rosy hue of pink, they were left speechless, blurting out emojis like they’re going out of style.

Granted, there are many young humans smaller than Biles. Some, called “kids,” will eventually become tall. Few, however, will ever be as tall as Lee. And the smallest humans, colloquially known as “babies,” are mainly used to frighten the half-melted Creamsicle currently campaigning for the highest office in the land.