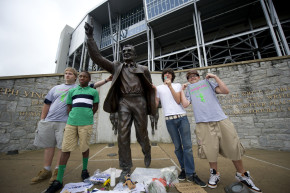 A New Joe Paterno Statue? Sure, Why Not?
By Robert Silverman

A New Joe Paterno Statue? Sure, Why Not?

The sculptors of the original Paterno statue have taken to Kickstarter to fund a new one, of course 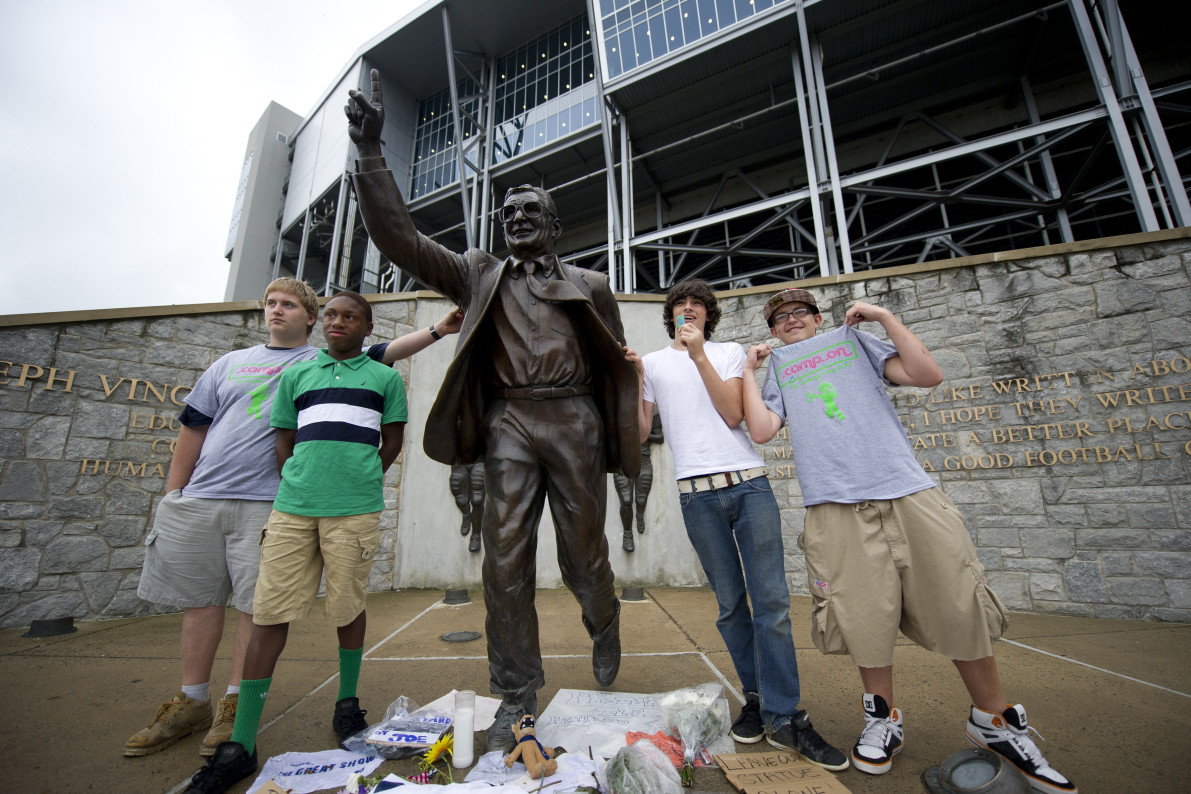 Having a nice day? Perhaps enjoying a respite from the non-stop hailstorm of terrible, awful, no-good news in the world? This is the story for you!

A statue of former Penn State University and currently deceased head coach Joe Paterno was taken down in 2012 following the revelation that his assistant coach, Jerry Sandusky, had been molesting children for decades. Luckily, the objet d’art’s original sculptors, Yesid Gomez & Wilfer Buitrago, are back at it again, posting a Kickstarter page for the purpose of squeezing a few bucks from the Gotta Hear Both Sides Nittany Lions fans and JoePa Truthers.

They’ve got a lovely promotional video in which they run down all of Paterno’s glorious accomplishments, replete with clips of these noble artisans crafting the raw clay into his likeness. Funny thing, the narration somehow neglects to utter a single word about the scandal that ended his career. Must have been a glitch in the editing process.

As of February, they hadn’t gotten approval to do this by either Penn State or the Paterno family, but that apparently hasn’t swayed them. They’re making a few improvements on the old seven-foot tall, thousand pound version, which is currently being kept hidden away from prying eyes and studied by top men.

“It is important not only that we recreate the statue, but also that the sculpture is even better than before,” Gomez and Buitrago explained. “Joe Paterno was a humble man and the pose with his finger up is one he rarely took, instead preferring an upright fist of solidarity.”

Oh, you mean like Tommie Smith and John Carlos? Extremely cool. Why not add a small child holding JoePa’s hand to this fine work of art to symbolize the years he’s spent molding his young charges into fully formed, well-adjusted men? Or better yet, how about three Paternos standing next to one another, posed like the three wise monkeys?

While we’re here, someone needs to tell these tone-deaf would-be artists that both the original and this year’s model are terribly sculpted. Their work has all the subtlety and nuance of Soviet socialist realism and the ideas driving their work are a reminder of the bizarre, broken mentality Paterno helped instill in certain members of the Penn State community.

Penn State did not immediately respond to a request for comment.