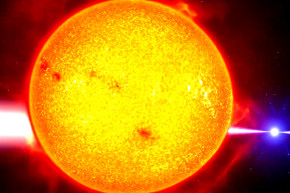 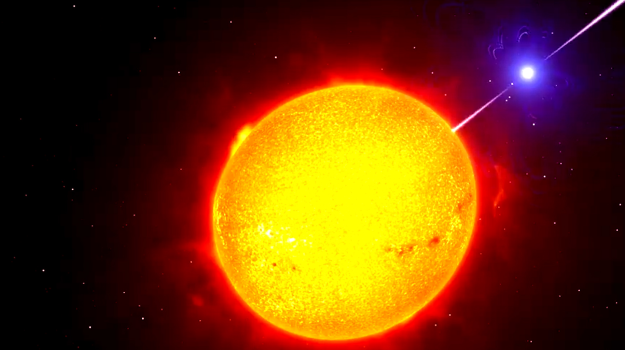 In some relationships, the two parties orbit each other, sucking energy away until the two collapse upon themselves, shells of what they once were. In others, one strengthens the other with weird, invisible energy that results in bright pulses of brilliance. This is an example of the latter. Unfortunately, it involves the powerful indifference of the universe, not people.

The AR Scorpii system involves a red dwarf and white dwarf star. The white dwarf shoots high-energy electrons at its twin red dwarf. When the electrons collide with the red dwarf, it emits a pulse 400 times brighter than its normal brightness. That must be what it’s like to be married to Oprah.