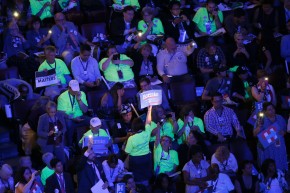 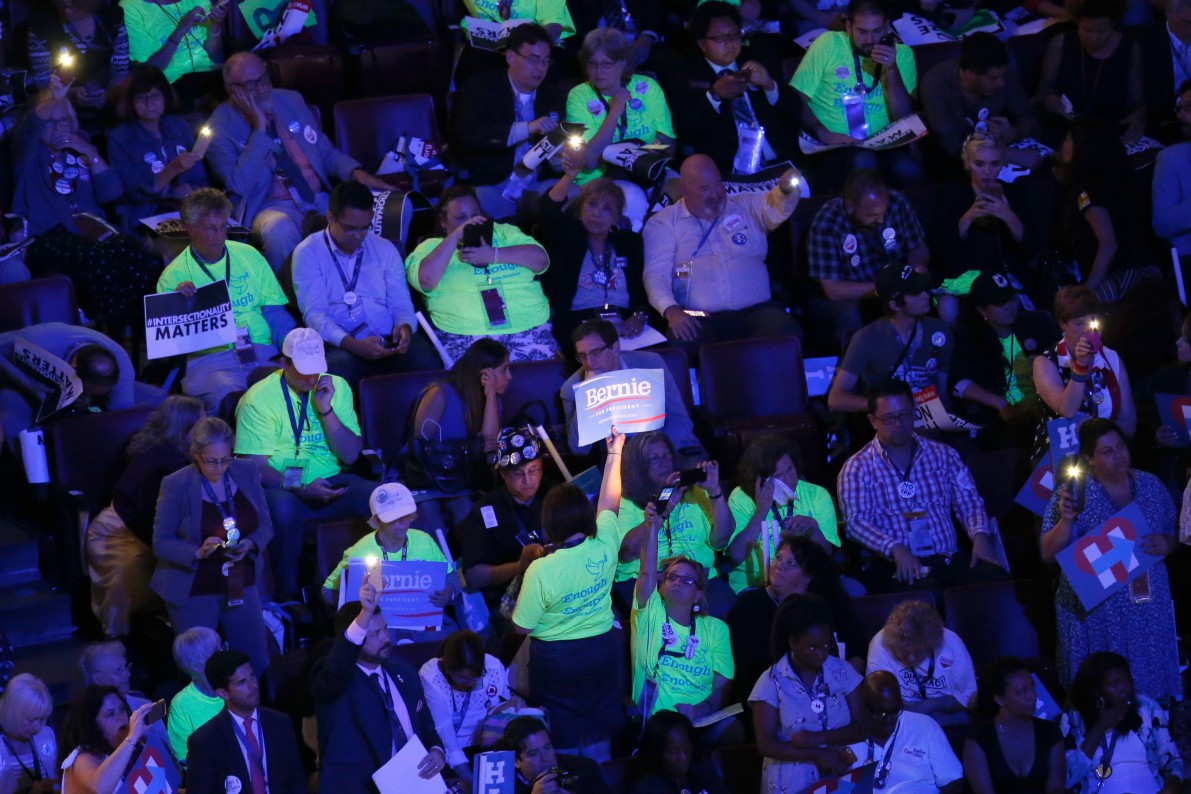 A California delegate at the Democratic National Convention broadcast a viral conspiracy theory on Facebook Live: “White noise machines” were used to drown out the sound of Bernie Sanders supporters so they wouldn’t be heard on TV during the convention.

The video spread rapidly, with 1.8. million views by Sunday. It was circulated by Sanders and Trump fans in an effort to hate on Hillary, and was also shared by WikiLeaks on Twitter.

But the device wasn’t actually a white noise machine. Instead, it was a Cisco wifi antenna—a revelation Reddit users were quick to highlight.

“That’s the dumbest thing I’ve ever heard,” a convention spokesperson told Vocativ in a phone call. “They are wifi antennas. It’s ridiculous.” The spokesperson also denied that the committee installed any such devices prior to, or during, last week’s convention.

Eden McFadden, a delegate and Bernie Sanders supporter from California, recorded the 17-minute Facebook Live video on Thursday, in which she said the devices had been installed at the Wells Fargo Center in Philadelphia the night before.

“If you look up here at this gray box, that is a white noise machine used to block out our chants and cheers,” McFadden said in the video, while pointing her camera at a gray, rectangular device hanging directly above a section of seats in the main auditorium where the DNC took place. “I will admit they are not just above [the designated seating section for California delegates]. But they were only installed today. They were not here last night,” McFadden added.

The gray, rectangular device McFadden believed to be a "white noise machine."

Dozens of Reddit users supported the conspiracy theory. On the subreddit /r/The_Donald, popular among grassroots Donald Trump supporters, McFadden’s video gained considerable traction over the weekend. One user posted: “This is disgusting. I’m not a Bernie fan, but I am sharing this video. We need to stop this corruption.”

The thing is: The devices are actually wifi antennae, developed by Cisco, and installed at the center more than a year ago. Comcast-Spectator, which owns the Wells Fargo Center, announced in February 2015 that it was upgrading its wireless internet network, and was working with Cisco. In a news release, the company said it had “partnered with Cisco, the worldwide leader in information technology, and Comcast Business to build the XFINITY WiFi network in the Wells Fargo Center.” The device in the picture looks extremely similar to the wifi antenna described in Cisco’s “Connected Stadium” brochure—which is the system used by Wells Fargo.

On Reddit, some users were quick to debunk the conspiracy theory and highlight the realities about the devices. One user on /r/The_Donald posted links to real white noise machines—yes, they do exist, and they’re pretty affordable—in an attempt to prove that the device in question is really just a Cisco antenna. Another Reddit user, on the subreddit /r/networking, where users poked fun at the conspiracy theory, even claimed to have installed the wifi system at the Wells Fargo Center one year ago.

“This is so silly, these are absolutely wireless antennas. I worked at the building and helped get the wifi system installed,” the user wrote.

Eventually, even McFadden appeared to believe her original theory was wrong. On Sunday, a Facebook user commented on her video, saying “the ‘noise generator’ is actually a Cisco wifi antenna.”

“Yeah we figured it out,” McFadden wrote in response to the comment.