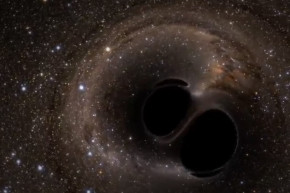 What Happens When Black Holes Collide
By Andrew Caringi

What Happens When Black Holes Collide 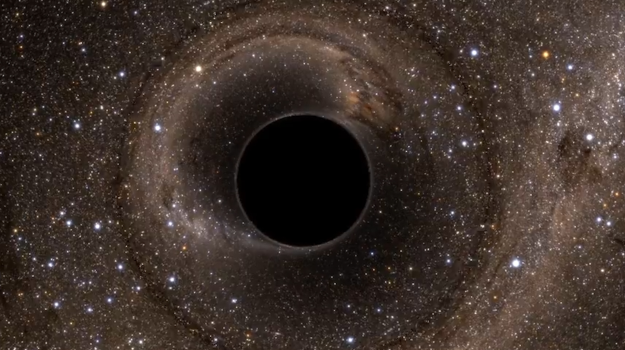 What you’re watching could be the end of the universe as we know it. (Hands up if you sang “And I feel fine” to yourself) Researchers are creating animations to predict what happens when black holes bump into each other.

Black holes are enormously dense celestial bodies with such immense gravity that even light can’t escape from their pull — which is why they look black. Black is the absence of light, in case you’ve forgotten all your high school science. The collision of two of these gravity monsters—known as a “superkick”—has yet to be seen by us humans. A collision of this magnitude would send massive ripples through the spacetime fabric of the universe.

A superkick has happened before—approximately 1.3 billion years ago. The sound of two black holes colliding—both roughly 30 times larger than our sun—reached Earth earlier this year. The simulation in this video shows us what the superkick would’ve looked like if we had a front row view. It’s funny because if we had a front row view we’d end up strung out fatally like spaghetti, or floating behind our daughter’s bookshelves in an incomprehensible fourth dimension time travel metaphor.

NASA reports that several galaxies have supermassive black holes moving dangerously close to each other. Which mean it’s only a matter of (space) time before a superkick shakes the fabric of the universe again. Here’s hoping we’re still around to witness it.