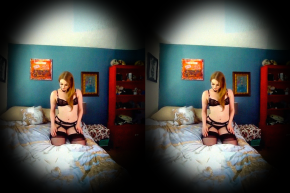 At a conference for X-rated VR, leading adult companies demo their latest products 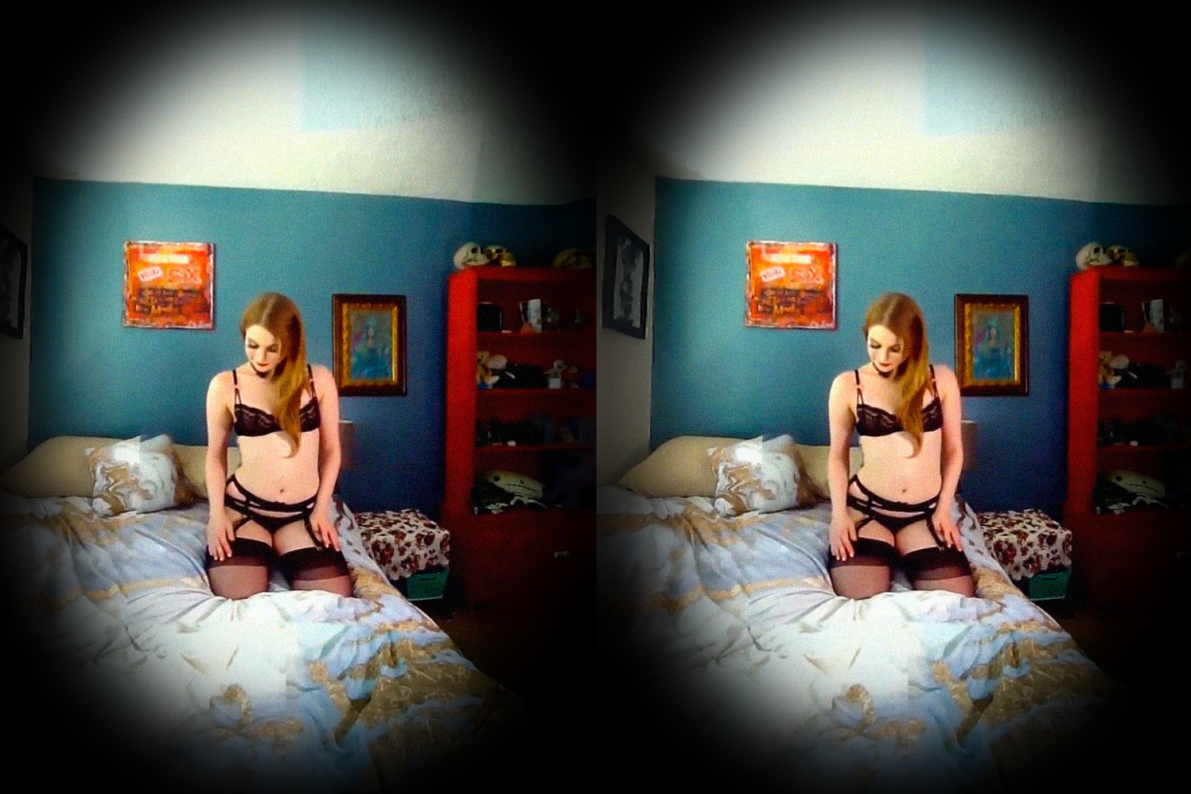 I was surrounded by strangers while a woman squatted over my face and bounced her bare ass up and down repeatedly—at least it felt that way. So much so I found myself craning my neck back to avoid a broken nose.

I then ventured over to the BaDoink table, where I donned a Samsung Gear VR headset and was transported into a bedroom that can only be described as normcore—it looked like it was straight out of a Pottery Barn catalog. There was a naked woman lying on a four-poster bed in front of me with her legs held up to her chest like she was practicing her cannonball. I looked down, and I had a pair of tanned, rock-hard abs. I also had a penis.

The word “empowering” has lost most of its meaning, but it’s really the best way to describe my experience as a heterosexual cis female porn-watcher of suddenly wielding a big, fat dick. What a thing to be the fucker rather than the fuckee, the actor rather than the acted upon. Until that moment, I didn’t know how badly I wanted a penis—or at least the feeling of having one.

This clip, along with one giving an up close and personal view of a girl using a kegel exerciser and a scene where a woman pressed her face to mine while walking me through a Tantra-like breathing process, was part of a new sex therapy series BaDoink is officially launching next week.

My final stop was with Ela Darling, co-founder of CAM4VR. It’s a company that allows one to experience live cam shows in virtual reality. Performers’ home bedrooms are captured in 360-degree 3D, and a chatroom full of viewers all occupy the same perspective. If you look down where you expect your body to be, though, it’s just a blank space, which Darling says is intentional. “One of the criticisms I hear about people watching POV-style VR porn is they’re suddenly in a body that’s not their body,” she said. “I want it to appeal to people of all gender identities, of all sexual identities, of all racial and cultural identities.” Viewers speak into their headsets and it’s converted to text that shows up on the side of the screen like a normal live chatroom transcript.

The demo I experienced showed a pre-recorded clip of Darling in her bedroom, which is decorated with an armless mannequin wearing a bejeweled gas mask, Star Wars art, and tiny skulls. She kneeled in front of me on her bed—where, as she put it in the clip, “I really live and sleep and fuck”—as I looked around her room, taking in the quirky decorations and noting the closed door behind me. It all gave me the feeling of being in a new crush’s bedroom and shyly taking in their belongings before the first move is made. And that closed door surely guaranteed that a move was going to be made.

Apparently I’m not alone in this sense of actual intimacy. “You’re talking to a real person and you feel like you’re really there in the room with them,” she said. “As a result, I find that the connections I develop happen a lot more quickly. People share aspects of themselves much quicker.”

She also finds that VR cam viewers tend to be more respectful and will police other chatroom members who are rude to her. “I think, perhaps, feeling like you’re in my actual room with me, seeing me engage with you, seeing me in a way that dominates your attention, perhaps lends a greater sense of personhood to the person that you’re watching,” she said. “That’s not just for live stuff, even when I was doing pre-recorded content people were like, ‘Whoa, I actually feel like I’m seeing another person on camera and not just sex.'”