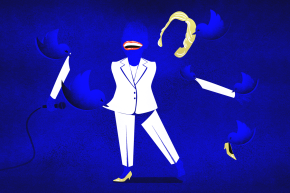 Discussion of her hair, clothes, and smile dominated in typical sexist fashion 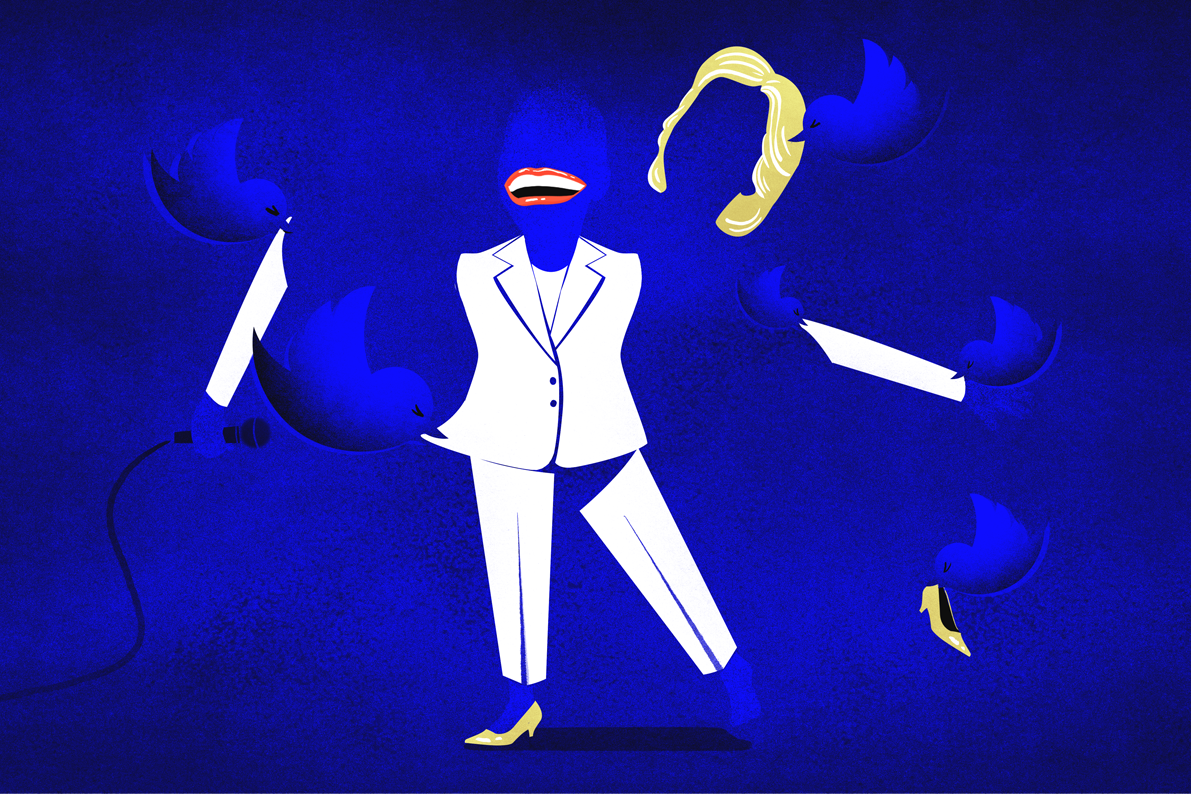 Twitter trolls have yet again proven a sad, sexist truism: no matter how accomplished a woman is, her appearance will face as much scrutiny, if not more, than her capacity. To say it’s been a big week for Hillary Clinton would be a massive understatement, as she made history by becoming the first woman to be nominated for President, and accepted the honor amidst thousands of cheering fans on Thursday night at the Democratic National Convention.

“When any barrier falls in America, for anyone, it clears the way for everyone,” she said. “When there are no ceilings, the sky’s the limit.”

But as she did so, thousands sitting at home took the opportunity to tweet about what they felt really mattered in this momentous occasion: her hair, makeup, and clothing.

A Vocativ analysis of tweets mentioning her name or including her Twitter handle found that Clinton was called out for her hair, outfit, makeup, and smile (or lack thereof) approximately 13,500 times between the hours of 9:00 p.m. to 1:00 a.m. on Thursday. While it’s a fairly small percentage of the total 1.8 million total tweets aimed at the candidate in these hours, the focus on appearance was predictably far more prominent in the discussion surrounding her than it was for Trump when he delivered his address a week prior.

That’s right—while Trump’s hair has been the subject of media scrutiny for years and years, becoming the subject of memes throughout this election cycle, more people were focused on Clinton’s ‘do last night than they were on his as he accepted the Republican party’s nomination.

anybody else notice that Hillary's hair does not move?

@CNN If Hillary dyed her hair red she could be the joker on batman!

As usual, Clinton’s outfit (a simple off-white white pantsuit) became a major topic of conversation, garnering both praise and criticism, and comments about her stylist.

@HillaryClinton #DemConvention Why would U wear an ugly white pantsuit that made you look twice as fat? I want to see you in a suit or dress

Just how Hillary is meant to smile wasn’t really expounded upon, but the fact she did not plaster a maniacal smile across her face while giving her hour-long speech was some cause for concern. Trump’s trademark sneer earned significantly less criticism last week: we could only surface 343 tweets referencing his “smile”.

Hillary’s oratory patterns were, as always, a notable source of vitriol. It’s the same tired rhetoric that Margaret Thatcher and other high-profile women in positions of power have long faced when speaking assertively, subverting the gendered expectations of how females should radiate amiability and nonaggression. While it’s difficult to say how many of the tweets aimed at Clinton including the word voice were about her literal voice versus the figurative sense of the word, a total of 1,501 tweets specifically addressed tone, something she has been much-criticized for in the past. Trump also joined in on the action, referring to Clinton speaking “in her very average scream!”

Crooked Hillary Clinton made up facts about me, and "forgot" to mention the many problems of our country, in her very average scream!

By the end of the night, every aspect of Clinton’s appearance and presentation had been picked apart, amounting to some next-level mansplaining. This type of online sexism is nothing new for a candidate used to shattering glass ceilings. From the time she posted her first photograph to Instagram Clinton was called a bitch, and criticized for her appearance. It’s the gendered term Vocativ found has been most commonly flung at her, especially following campaign milestones.

And it’s not just the MRA-identifying internet trolls who displayed sexist (or at the very least gender-invoking) behavior. Following Clinton’s nomination on Wednesday, major newspapers across the country were criticized for choosing to run her husband’s photograph with news of her historic feat.