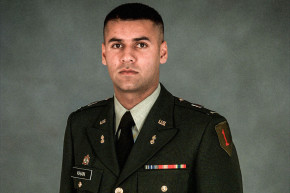 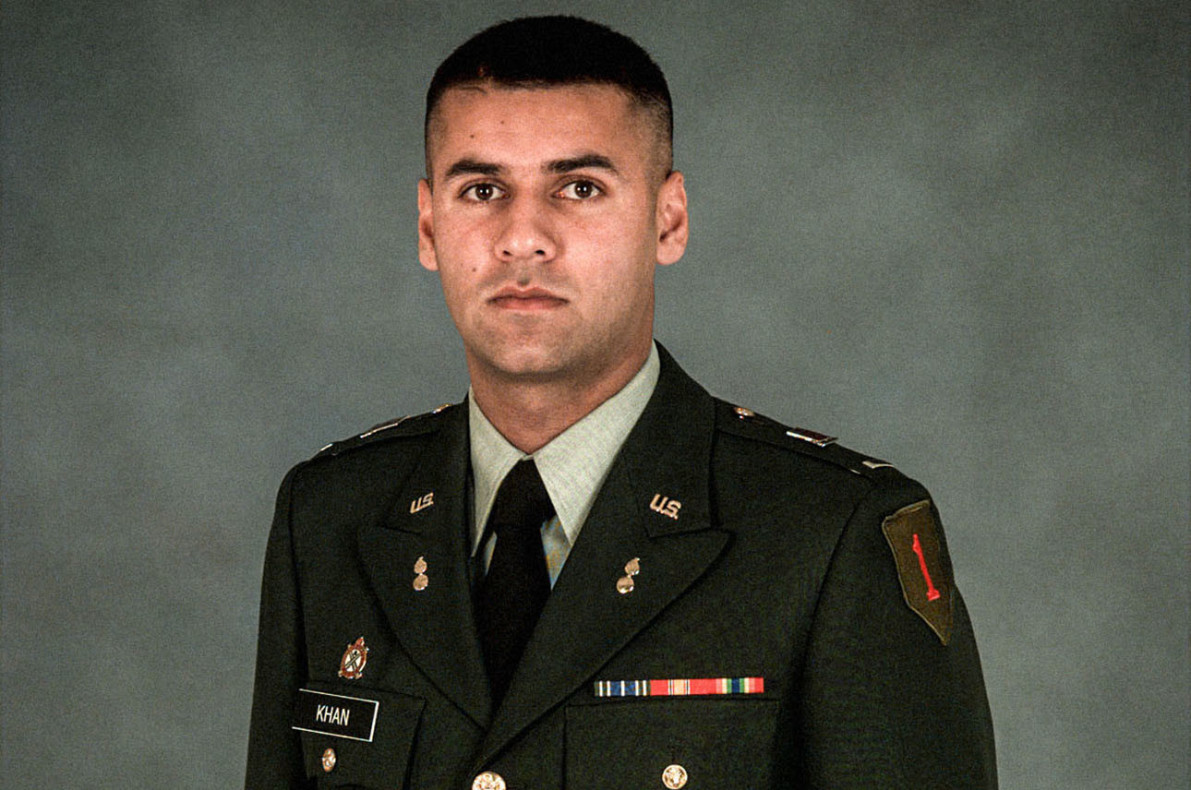 The father of a Muslim U.S. military veteran who was killed fighting in Iraq spoke Thursday at the Democratic National Convention, where he delivered one of the most scathing critiques of Donald Trump at the DNC so far.

Khizr Khann took the stage directly before Chelsea Clinton introduced her mother. “Donald Trump, you are asking Americans to trust you with our future. Let me ask you: Have you even read the US Constitution? I will gladly lend you my copy,” Khan said, pulling out a pocket-sized edition of the document and holding it up. “In this document, look for the words liberty and equal protection of law.”

Khan first shared his son’s story with Vocativ in December, when a Trump presidency looked more like the pipe-dream of a billionaire reality TV star than a looming reality. We first spoke shortly after the now-GOP nominee for president made some of his endless disparaging comments about Muslims. (Read our initial story about Captain Humayun S. M. Khan here.) Vocativ spoke with Khan again this week about what he planned to tell the convention hall and the millions of Americans who watched his speech.

“I wish to share with the rest of the world the value of equal dignity and liberty, a hallmark of American democracy,” he said. “[And] how unaware Trump remains of these exceptional values when he insults others. We are direct beneficiaries of these values.”

Khan’s son, Humayun S. M. Khan, was a University of Virginia graduate with plans to go to law school when he decided to enlist in the U.S. Army. He was a model student, citizen, and soldier. He rose to the rank of captain and bravely died defending his unit from a suicide bombing attack.

On June 8, 2004, a car approached the gates of the base Khan and his unit were tasked with defending. Soldiers under Khan’s command approached the vehicle prepared to inspect it. Khan, however, noticed something about the vehicle, his father previously told Vocativ, and ordered his men to “hit the dirt.” Captain Khan approached the vehicle himself and demanded the driver to stop. Inside the car were two suicide bombers and a large amount of explosives. As the car reached the gate, the bomb was detonated, killing Khan and wounding 10 U.S. soldiers. His father believes many more men might have died without Khan’s warning. Khan was posthumously awarded the Bronze Star and the Purple Heart, two of the military’s highest honors.

“We still wonder what made him take those 10 steps [towards the car],” Khan’s father said. “Maybe that’s the point where all the values, all the service to country, all the things he learned in this country kicked in. It was those values that made him take those 10 steps. Those 10 steps told us we did not make [a] mistake in moving to this country. These were the values we wanted to adopt. Not religious values, human values.”

Trump has repeatedly called for a ban on Muslim families like Khan’s from entering the U.S. The Khan family, his father said, and Muslim’s across America contribute immensely to this country, and want to work together to “rat out any traitor who walks amongst us. This is high time for Muslims to stand firm” against the extremists whose radical ideology Trump exploits to drum up fear of an entire religion.

According to Khan, the GOP nominee doesn’t understand the contributions of Muslim Americans. “How dangerous such ignorance is for a candidate for the highest office,” he said Thursday.