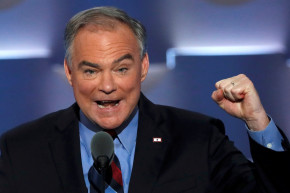 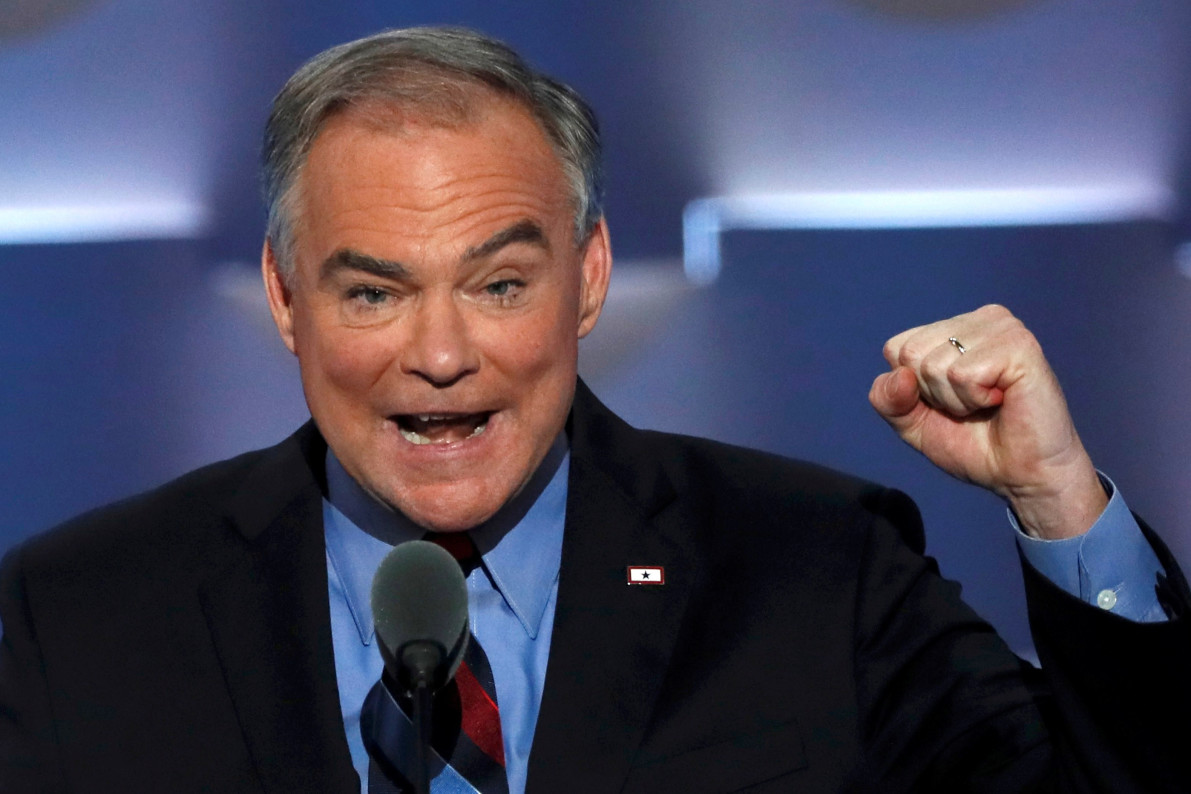 Virginians know Democratic VP candidate Tim Kaine well, but for most of the rest of America, his speech Wednesday night at the Democratic National Convention was a first look at the man who might replace Joe Biden. So, what did we think? He’s a friendly dad with beautiful eyelashes.

A Vocativ analysis found that, of the roughly 130,000 tweets referring to Kaine between 8:30 p.m. and midnight—during which time he formally accepted the nomination for vice president—5,057 also used the word “dad” or “father” (but mostly dad).

Tim Kaine reminds me of a dorky dad character in a bad early 2000s comedy.

Tim Kaine is so much dad. It's just dad. Dorky dad jokes. Dad voices. I love him so much. #DemsInPhilly

Some saw him as more of a stepdad, perhaps an uncle.

It would be creepy to want Tim Kaine to be my dad but I totally want him to be my goofy uncle or something.

omg, Kaine is your dorky uncle who tries to show you a card trick and keeps messing it up but you feel too bad to be cynical about it

Some saw him as a different kind of authority figure, with 865 tweets containing the words teacher, coach, or principal.

Tim Kaine is the teacher who asks how your summer was, and he really wants to know the answer.

This carried over into some “Tim Kaine is the kind of guy who” tweets, as pointed out by Complex. Some were sincere, others less so.

Tim Kaine seems like the kind of guy who will listen patiently to a telemarketer's speech, consider, and then politely say, "No, thank you."

Senator Kaine is the kind of guy who will roll up the sleeves and charge into the trenches with you. Not just talk about it.

Kaine lived up to just about all of these honorary titles when he busted out his Donald Trump impression, which was objectively bad (although the New York Daily News seemed to think it was “spot-on,” but they are wrong), but which Kaine seemed to find hugely entertaining and so he repeated it several times (classic dad!).

Tim Kaine's impression of Donald Trump is so awful it's fantastic.

The entire nation is going "ugh cut it out dad" #DemsInPhilly

On a slightly different tack, many people noticed Kaine’s eyelashes, with 1,305 tweets mentioning Kaine, eyelashes, lashes, or mascara. There was some confusion over whether or not Kaine’s lashes are natural or if they had been augmented somehow.

I'm about 90% sure Tim Kaine is wearing fake eyelashes.

Does @timkaine have the most incredible eyelashes ever or was our future VP rocking some pretty amazing mascara? #Tklashes #VPLashes

#TimKaine is doing well, but his mascara is stealing the show…. #clumpy

Also, Kaine wore what is apparently his only (or at least, his very favorite) tie.