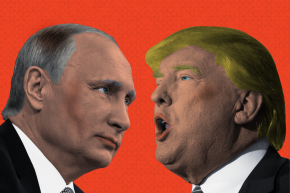 Putin Is Not The Real Threat To American Democracy 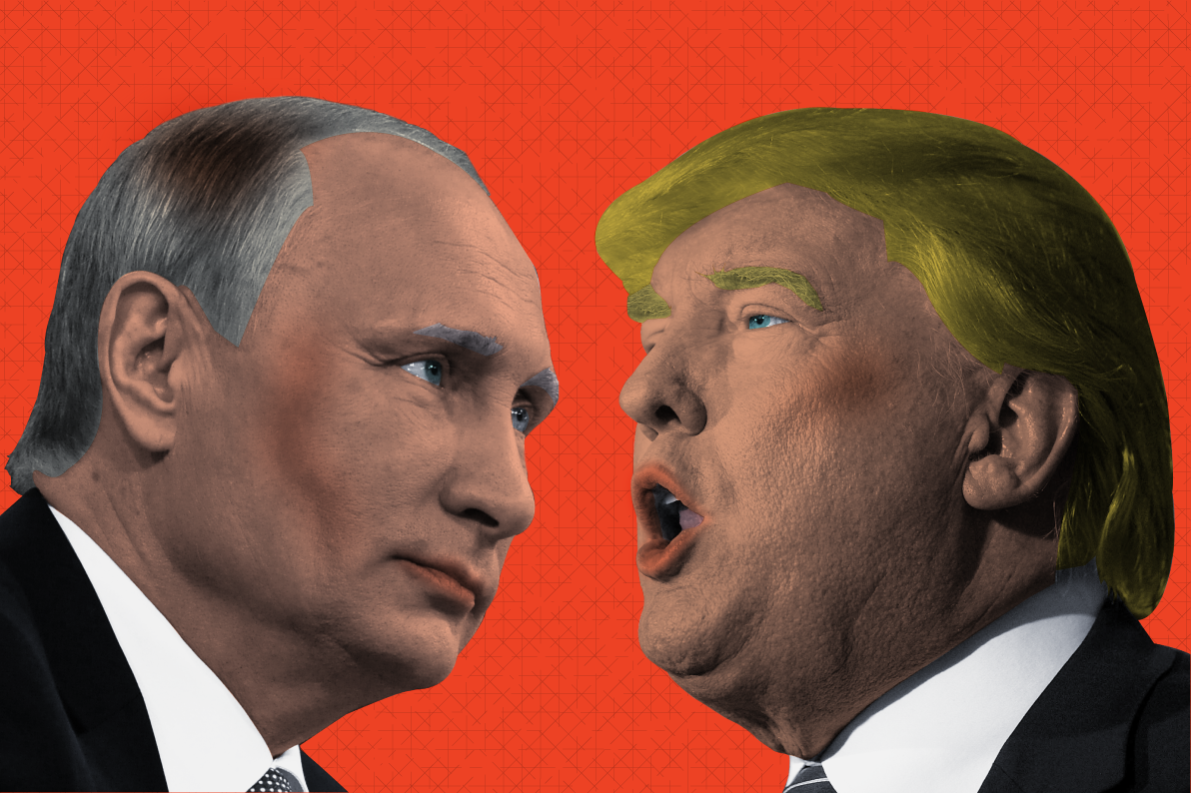 For what appears to be the first time in history, a U.S. presidential candidate is accused of actively encouraging a foreign power to interfere in the electoral process. Donald J. Trump’s remarks that he hopes Russia will “find the 30,000 e-mails that are missing” from Hillary Clinton’s personal correspondence came amid growing concerns that the country is actively seeking to influence the 2016 presidential election.

The Trump campaign later backtracked on the issue, with spokesperson Jason Miller tweeting “To be clear, Mr. Trump did not call on, or invite, Russia or anyone else to hack Hillary Clinton’s emails today.” Yet Trump’s comments come at a time when the American intelligence community has all but named Russian government hackers as responsible for cyber attacks on the Democratic National Committee.

The DNC’s stolen emails were then leaked by WikiLeaks founder Julian Assange, who used to have a personal show on RT, a Russian government-funded TV network accused of disseminating Kremlin propaganda, and has publicly stated his intention to sabotage Clinton’s chances of winning the presidency.

Trump himself had also previously ignited controversy by repeatedly appearing to support the Kremlin’s interests—such as when he expressed doubt about America’s responsibility for defending NATO-member states against possible Russian attack.

This and similarly controversial statements inspired economist and pundit Paul Krugman to brand Trump “the Siberian candidate,” and argue that the Republican party nominee could be directly involved in serving Russian interests on U.S. soil.

Trump apparently allowed for the possibility of recognizing the Russian annexation of Crimea, a major reversal of US policy that also raised flags for journalists and Russia-watchers:

I asked @realDonaldTrump:"Would you as president want to recognize #Crimea as Russian, lift sanctions?" - "Yes we would be looking at that"

Yet, in a commentary that has become characteristic during the course of Trump’s campaign, other members of the media wondered if Trump knew what he was talking about when asked about Crimea:

I honestly am less than sure he had any idea what you were asking about https://t.co/5DYS9h3zX9

Reaction to the Trump’s latest comments on Russian hackers and Clinton’s e-mails was swift. “This has gone from being a matter of curiosity, and a matter of politics, to being a national security issue,” said Jake Sullivan, Clinton’s chief foreign policy adviser.

Writing in The Atlantic, conservative commentator David Frum argued that Trump has “is acting to advance Russian interests” and “actually has subordinated U.S. national security to his own political ambitions.”

On Twitter, Trump critics used the hashtags #TrumpTreason and #TraitorTrump to express their anger at the presidential candidate’s remarks. But anger aside, the question on many U.S. voters’ minds is now whether or not Russian President Vladimir Putin is actually attempting to influence the outcome of the U.S. presidential election.

In Politico, Michael Crowley and Julia Ioffe trace Putin’s seeming pro-Trump stance to his intense personal dislike of Clinton , which dates back to her criticisms of voter fraud during the Russian parliamentary elections of 2011—the same elections that sparked a popular protest movement in Moscow and an eventual crackdown from the Kremlin.

“Former U.S. officials who worked on Russia policy with Clinton say that Putin was personally stung by Clinton’s December 2011 condemnation of Russia’s parliamentary elections, and had his anger communicated directly to President Barack Obama,” Crowley and Ioffe write.

Putin later went on to directly accuse the U.S. Department of State, which Clinton headed at the time, of fostering civil unrest in Moscow—at which point U.S.-Russia relations began to decline rapidly. Relations deteriorated further when Russia accused the West of staging a coup in neighboring Ukraine, annexed Crimea, and backed armed rebels in eastern Ukraine, resulting in sanctions and counter-sanctions.

Crowley and Ioffe believe that “Putin may be seeking revenge against Clinton,” as multiple diplomatic sources express their belief that as Secretary of State, Clinton was especially tough on Russia, and on Putin in particular.

And some pro-Kremlin figures appear to have understood that the Russian president looks favorably upon anti-Clinton sentiment.

Maria Katasonova, an activist for a pro-Kremlin movement famous for attacking dissidents and a Russian State Duma candidate, has expressed her desire to protest against Clinton outside the U.S. Embassy in Moscow—and used #CrookedHillary, the Trump campaign’s favored insult against Clinton, in her Twitter announcement.

Hmm, looks like a Russian Duma candidate is going to hold an anti-Clinton pre-election protest outside of @USEmbRu. pic.twitter.com/t1SfyV41jt

Other seasoned observers have meanwhile argued that excessive coverage of Trump’s relationship with Russia serves to obscure the fact that the real threat to American democracy is Trump himself.

In an analysis of what she sees as America’s misguided focus on Putin’s meddling, Masha Gessen, the Russian-American journalist and analyst, writes in the New York Review of Books:

Imagine that your teenage child has built a bomb and has just set it off in your house. The house is falling down all around you—and you are blaming the neighbor’s kid, who threw a pebble at your window. That’s what the recent Putin fixation is like—a way to evade the fact that Trump is a thoroughly American creation that poses an existential threat to American democracy.

Author and analyst Sam Greene points out that Trump’s comments on Clinton’s emails were likely the sort of joke that has become typical of Trump’s brazen rhetorical style:

Deep breath, people. Trump is a bad man and an even worse comedian, but he didn't really ask Russia to hack the US. It was a (sick) joke.

Other experts have meanwhile argued that the Kremlin would actually not benefit from a Trump presidency at all.

“Putin is extremely legalistic and risk-averse. And Trump is the opposite of that,” journalist and media analyst Alexey Kovalev writes in a Facebook post in response to the controversy surrounding Trump’s relationship with Russia.

“Wherever the DNC hack came from and no matter on which level it was approved, if it ever were, I doubt it was some part of a grand clandestine plan to elect Trump. And it’s barely even mentioned on Russian news,” Kovalev pointed out.

Yet Russian security expert Mark Galeotti believes that Russia could very well be directly involved in an attempt to influence U.S. politics—but that it could ultimately come at a cost to Trump, and not Clinton.

“What is striking is that Moscow is brazen or desperate enough to make such a blatant move – and also that it probably so deeply misjudged the likely response,” Galeotti told Vocativ.

“Today people may be focusing on what the leaked emails say, but tomorrow they may well be wondering why Moscow is so keen to undermine Clinton, and the day after, they will be talking about how best to respond to such an act of cyberespionage,” Galeotti added.