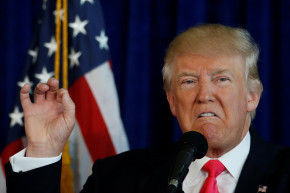 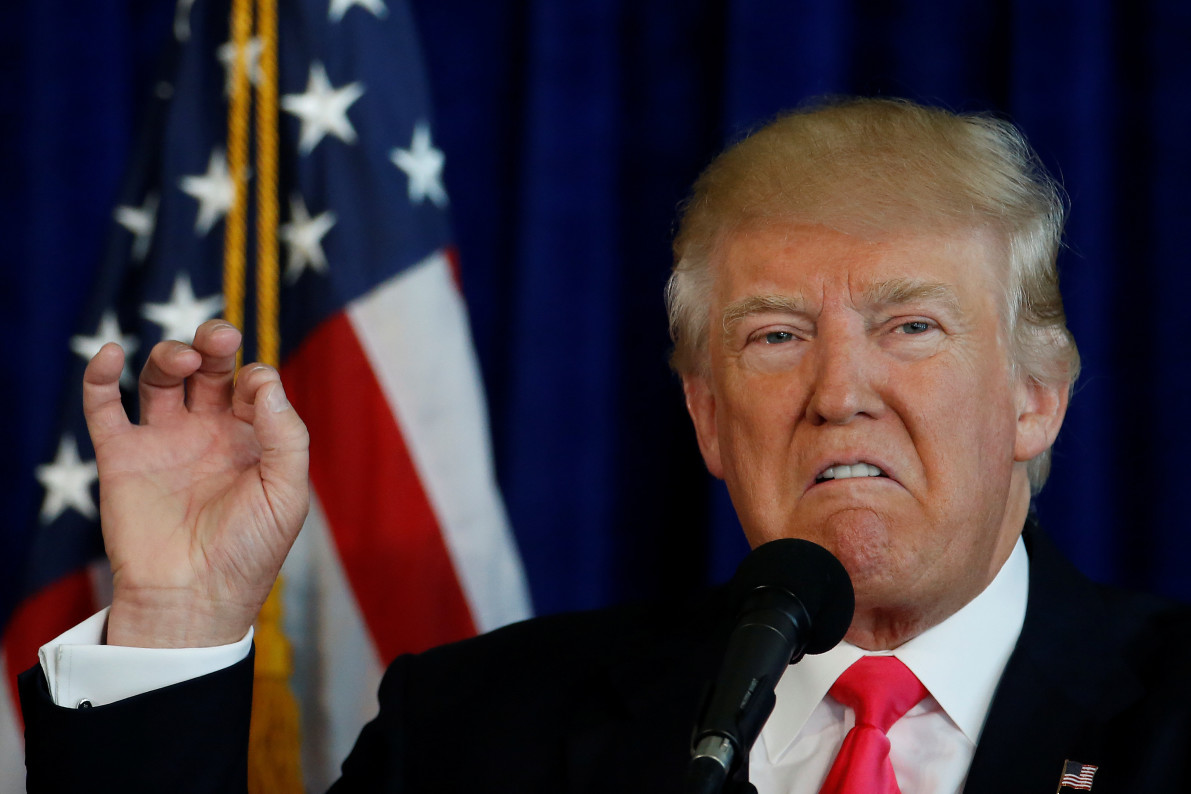 A presidential candidate for a major party just suggested that another country should hack his opponent’s emails, even though they may contain classified information. This election is going really well.

At press conference on Wednesday, Republican nominee Donald Trump half-heartedly tried to distance himself from Russia president Vladimir Putin—before urging Russia to try out its hacking skills on his opponent’s email server, which would be a massive breach of the security of this nation, one he professes to love and wants to run.

“Russia, if you’re listening: I hope you’re able to find the 30,000 emails that are missing,” Trump said, directly addressing a country with which American relations are currently quite frosty. “I think you will probably be rewarded mightily by our press. Let’s see if that happens.”

Trump was speaking at a press conference in which he also maintained that he has never spoken to President Putin, despite having intimated last year that he did. (It’s quite possibly true the two haven’t met: according to Time, Trump referred to being on the same ’60 Minutes’ episode as Putin, but those were separate segments filmed on two different continents.)

Trump has been criticized for his possible ties to Putin, and the two men have often expressed their mutual admiration. Putin also has clear reasons to want Trump to win the presidency (and Clinton to lose), since Trump is an outspoken critic of NATO, which Putin sees as a threat to Russia. Putin’s pro-Trump bias was cited by the Clinton camp as a possible reason why the DNC emails were hacked (by a suspected Russian) and released days before the DNC, as if to maximize damage to Clinton’s campaign.

When the FBI recommended that Clinton not be prosecuted for using a private email service for official business as Secretary of State, director James Comey said it did find several emails with classified information and that there were still “several thousand” emails the FBI was not able to find. That a presidential candidate would put his own self-interest (winning the election) above his country’s (not having classified information fall into the wrong hands) seems like a pretty good indicator that that person should not be a presidential candidate. (Then again, his opponent was the one who put those emails on a private server in the first place.)

As is his wont, Trump took to Twitter to double down:

If Russia or any other country or person has Hillary Clinton's 33,000 illegally deleted emails, perhaps they should share them with the FBI!

The Clinton campaign responded by saying Trump’s comments were “a national security issue” and probably marked “the first time that a major presidential candidate has actively encouraged a foreign power to conduct espionage on his political opponent.”