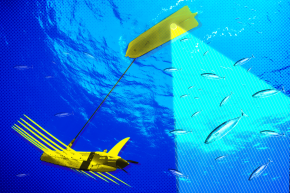 A Sea Drone That Hunts Illegal Fishers
By Jennings Brown 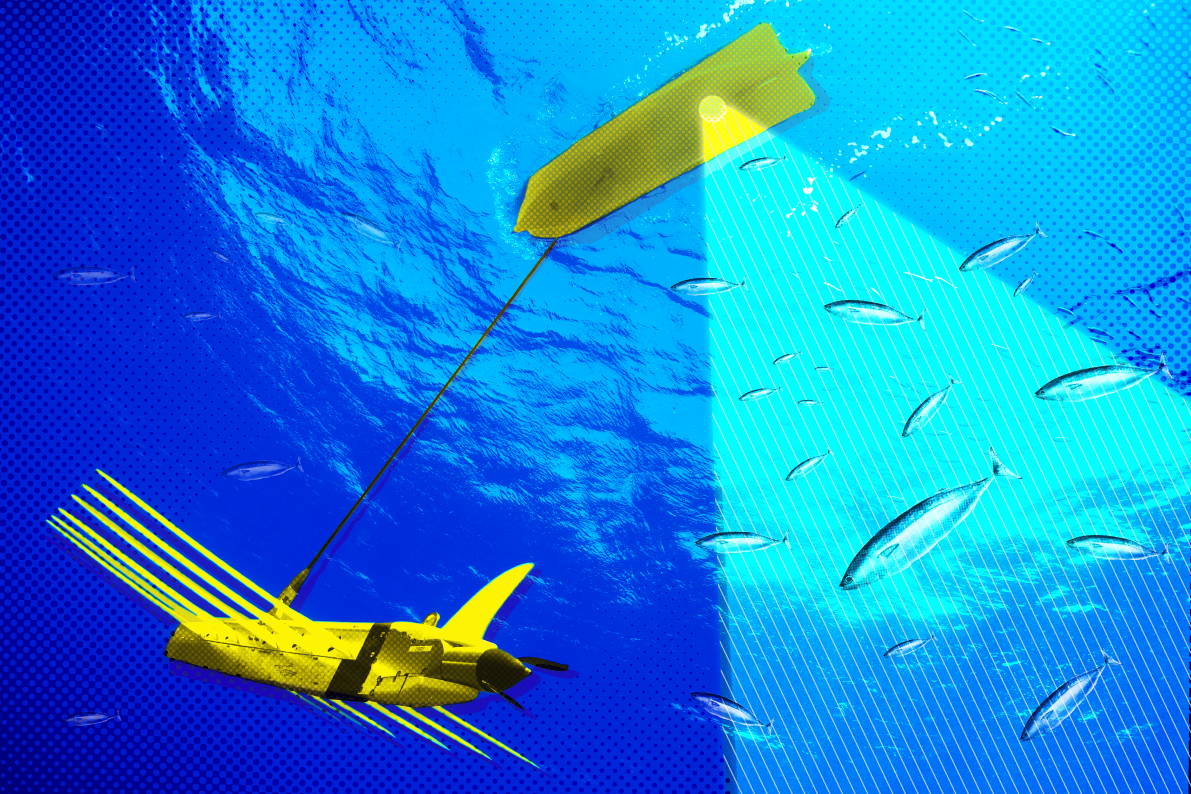 A sea drone that recently completed a four-month patrol mission gives us a glimpse at the future of ocean surveillance.

Last year, the United Kingdom turned the Pitcarin Islands into the world’s largest protected marine reserve. To keep the sanctuary safe from illegal fishers, the U.K. Foreign & Commonwealth Office employed the help of a robot. Liquid Robotic’s unmanned water vehicle, the Wave Glider, patrolled Pitcairn Island Marine Sanctuary then cruised through the South Pacific Ocean to Hawaii after the completion of its mission, covering 7,205 nautical miles over 213 days.

The Wave Glider can travel for months on end because it is fueled by solar and wave power. The portion of the drone that floats on the surface of the water contains the data-collection computers, sensors, and communication system. A cord connects the hull on the surface to an underwater device with fins that convert wave motion into propulsion. A solar-powered propeller kicks in when there isn’t enough wave motion to power the craft. The drone doesn’t travel fast—about 3.5 miles per hour—but it can swim in the sea without human intervention for about a year.

More NASA Prepares For Interplanetary Exploration With An Underwater Drone

Until now, agencies had to rely on costly ships and crews to surveil protected waters where fishing is illegal. But the Water Glider allows agencies to “collect real-time data from previously inaccessible waters without the expense of manned deployment or recovery mission,” said Liquid Robotics co-founder Roger Hines, in a statement.

While it’s monitoring, the Water Glider can also help scientist study the region. During its service in Pitcarin Islands, the vessel gathered nearly 10,000 measurements of marine biodiversity, oceanographic, and meteorological data.

Liquid Robotics shared all this information with Fishackaton—an annual event hosted by the United States State Department. Coder contestants used the drone-collected data to build tools and apps that can help small-scale fisheries succeed and minimize the threat of illegal fishing. Their creations will add to the arsenal of robots policing the ocean.