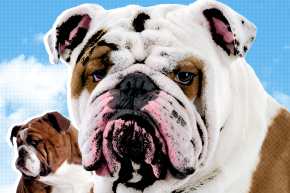 The Poor English Bulldog Is A Doomed Genetic Trainwreck

For this breed to get healthier, it needs some outside DNA 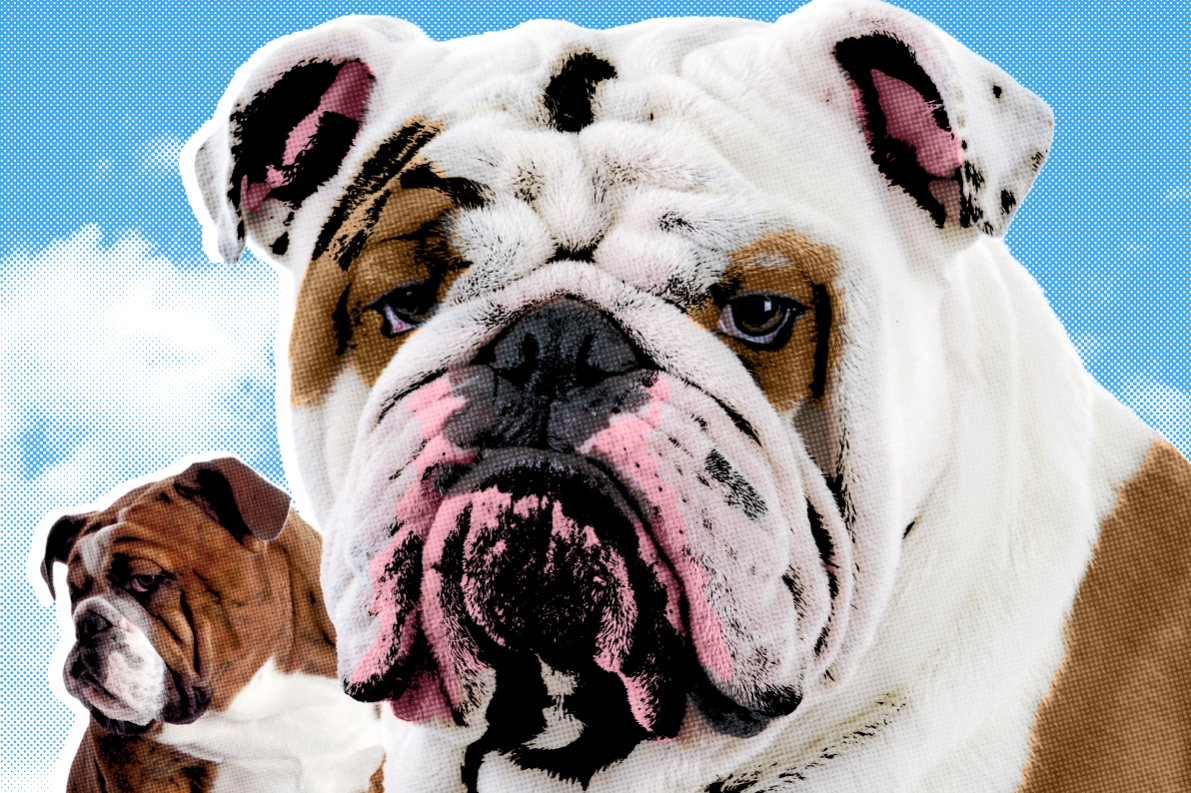 They might be cute and slobbery, but English bulldogs are riddled with health problems like breathing difficulties and skin disorders. Now researchers have found that there’s pretty much no way to breed these health problems out of the dogs without introducing some genetic diversity, according to a study published Thursday in the open access journal BioMed Central.

The first description of the English bulldog dates back to 1632, but that dog would be unrecognizable compared to the bulldogs we have today. Over the centuries, breeders have mated dogs with particular traits—shorter skulls, more folds in the face, shorter tails—so that the resulting puppies would look more and more as the breeders envisioned. Sometimes that meant mating related dogs in an effort to select for desirable traits.

But bulldogs had health problems from the start, and the inbreeding only exacerbated them. Because of how their bodies are built, they often can’t procreate without human assistance (in the form of artificial insemination) and they have a high proportion of puppy mortality and birth defects. As adults, the dogs’ large tongues don’t fit in their shortened jaws, causing them to pant excessively when exercising and to slobber when they sleep. Breathing difficulties make them susceptible to overheating; excessive folds in their faces can cause infection. As a result, the typical lifespan of an English bulldog is about eight to ten years, shorter than the American and French bulldogs, which can live to 11 and 12, respectively.

Now breeders are trying to breed English bulldogs to be healthier while still maintaining some of their characteristic features, but the researchers behind this current study aren’t sure that’s possible. They decided to look at the genes of about 100 English bulldogs, most of which are from the U.S., to determine their genetic diversity.

After looking at various aspects of the dogs’ genetic code, the researchers determined that 93 percent of the 44 male dogs had descended from just one male. The females were similarly genetically similar—90 percent of them were descendants of three female lineages.

The researchers hypothesized that this low diversity and high interrelatedness within the breed was caused by “artificial genetic bottlenecks”—a selection of specific traits done by human breeders, not the natural environment. As a result, the average bulldog today “is genetically equivalent to offspring of full sibling parents that came from a highly inbred subpopulation,” the researchers write. The English bulldog is even less genetically diverse than the Standard Poodle, another purebred dog that has evolved due to artificial genetic bottlenecks enforced by human breeders.

In a population with such limited genetic diversity, breeders looking to select for Bulldogs with fewer health problems have limited options. They are starting to cross English bulldogs with other types of bulldogs to try to alleviate some of the many health issues that plague the breed. But at some point breeders may need to look farther afield, crossing English bulldogs with other types of dogs that are more genetically distinct. In the future, bulldogs might lack some of the distinctive traits that have been bred into them over many generations, but they’ll undoubtedly be healthier because of it.