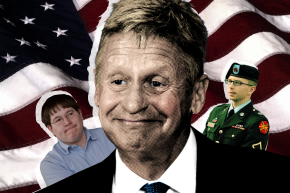 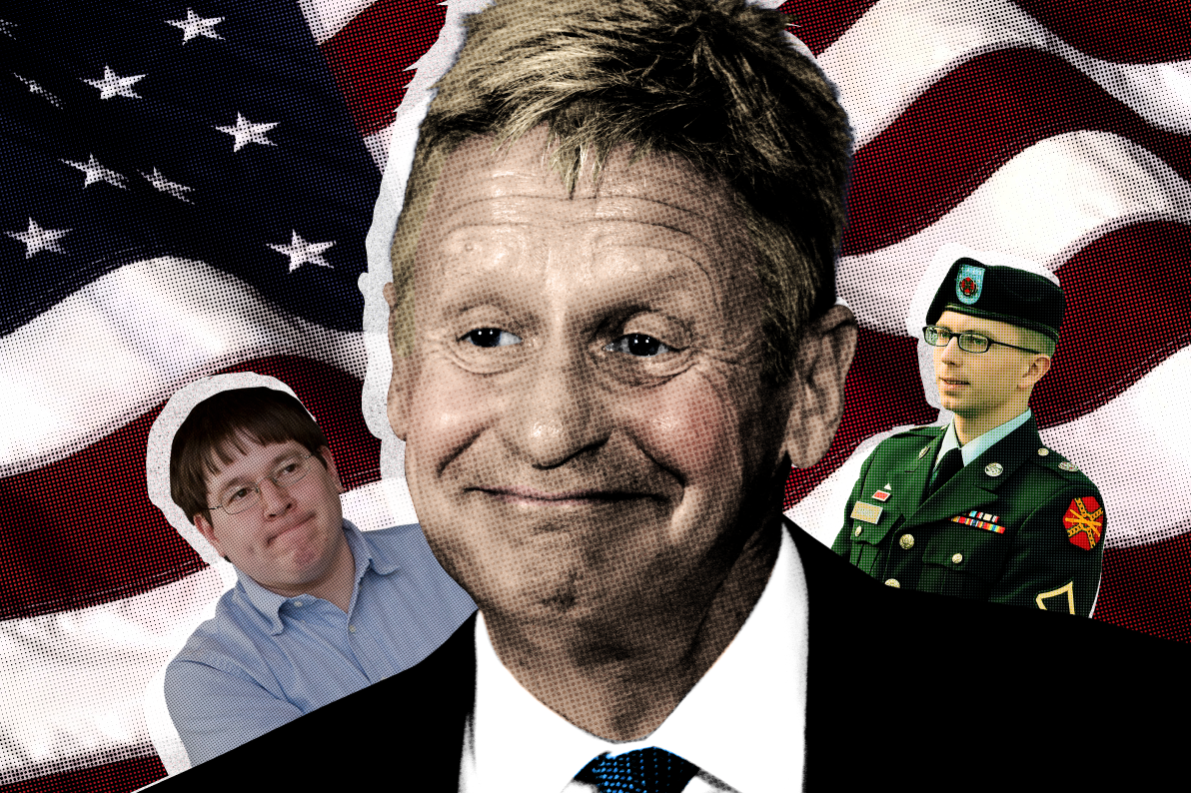 The U.S.’s most popular third-party presidential candidate says he would “consider” pardoning the highest profile convicts of computer-related crimes in the country, including Chelsea Manning, Ross Ulbricht, and Jeremy Hammond.

Libertarian candidate Gary Johnson, a former governor of New Mexico, also reiterated his possible willingness to pardon Edward Snowden, the former National Security Agency analyst who gave a cache of agency documents to journalists in 2013. Snowden currently resides in Russia, which granted him temporary asylum after the U.S. charged him with violating the Espionage Act.

“Having actually served as a governor and administered the power to grant pardons and clemency, Gary Johnson is very conscious and respectful of the need for processes for using that authority,” Joe Hunter, Johnson’s communications director, told Vocativ in a statement.

“However, he has made it clear on numerous occasions that he would ‘look seriously at’ pardoning Edward Snowden, based on public information that Snowden’s actions did not cause actual harm to any U.S. intelligence personnel.  Likewise, he has said he would look favorably on pardoning Ross Ulbricht, consistent with his broader and long-standing commitment to pardon nonviolent drug offenders, whistleblowers, and others imprisoned under unjust and ill-advised laws,” Hunter said.

Ulbricht is the founder of the Silk Road, the first deep web black market to achieve significant popularity, and was convicted in 2015 of drug, conspiracy, and hacking charges. His supporters have painted him as more inspired by Libertarian ideals around drug use than someone who wanted to become a drug kingpin. Though transcripts from his trial indicated he ordered six different murders on perceived enemies, he was never charged for them.

Vocativ asked specifically about Chelsea Manning, the former Army intelligence analyst who gave to WikiLeaks, among other things, video of an Army helicopter shooting Reuters journalists; Jeremy Hammond, the Anonymous member sentenced to ten years for hacking, among other things, intelligence company Stratfor; Barrett Brown, a journalist sentenced to 63 months for several related charges, including linking to hacked Stratfor documents in a chatroom; and journalist Matthew Keys, who after working as a social media manager for a news organization that shared an owner with the Los Angeles Times, passed login credentials to an unknown Anonymous hacktivist who then defaced one Times story for 40 minutes. Keys was sentenced to two years in prison.

“The same goes for the other individuals you have mentioned—and hundreds, if not thousands, like them,” Hunter replied. “Gov. Johnson finds it to be an outrage that the U.S. has the highest incarceration rate in the developed world, and announced in 2012 that, as President, he would promptly commence the process of pardoning nonviolent offenders who have done no real harm to others.”

Though the fate of convicts of these computer-related crimes is hardly a focal point of any presidential candidate’s platform, all of the remaining 2016 nominees have commented on Snowden. Both Democratic nominee Hillary Clinton and her former rival Bernie Sanders have stated Snowden’s disclosures broke the law and that he should face the court system. Clinton has added that Snowden is not a whistleblower, even though his actions led Congress to reform an NSA program unknown to the public before Snowden’s disclosures. Republican candidate Donald Trump has gone significantly further, tweeting in 2013 that Snowden should be executed, saying “He is a traitor, absolutely.”

Green Party candidate Jill Stein, by contrast, has said that she would not only pardon Snowden and Manning, but would appoint Snowden to her cabinet.