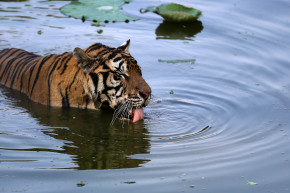 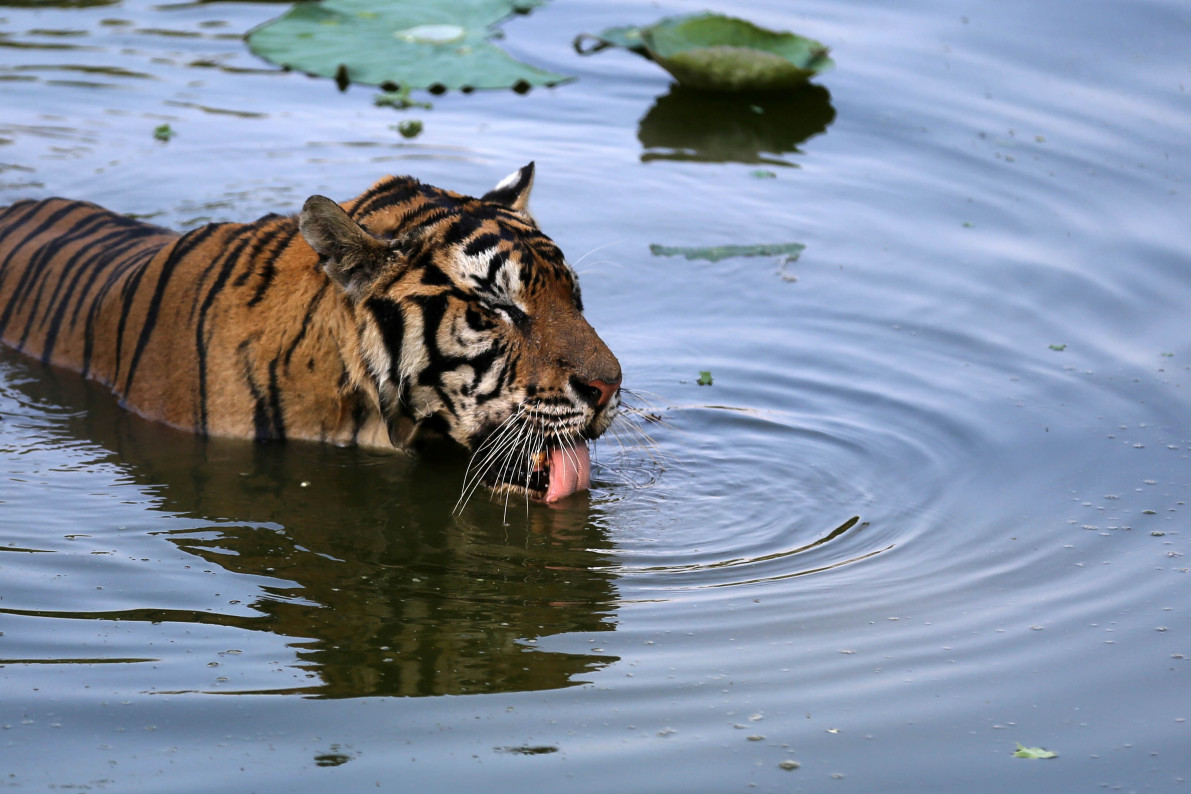 Following the recent closure of Thailand’s infamous Tiger Temple, a new report by World Animal Protection details how the endangered animals remain subject to exploitation and abuse in the country’s widespread tiger tourism industry. But despite many of these attractions engaging in animal cruelty, travel sites like TripAdvisor continue to promote and sell tickets to such venues on their websites.

The report, “Tiger selfies exposed: a portrait of Thailand’s tiger entertainment industry,” is the first extensive study of Thailand’s tiger entertainment industry. It found that from 2010 to the beginning of 2016, tiger tourism has expanded rapidly throughout the country: in 2010, 632 captive tigers were recorded in Thailand, compared to the 830 counted from March 2015 to June 2016, a 33 percent rise. This is due partly to the rise in tiger entertainment venues, where tourists are able to pose closely with captive tigers because handlers mistreat the creatures in order to make them more submissive.

“Captive tigers are particular victims of irresponsible tourism—their suffering fueled by the demand for selfies and photo sharing on social media,” the report says. “These majestic and endangered predators are bred, used and abused to create entertainment for tourists and boost the profits of wildlife attractions, travel companies and sometimes illegal traders.”

Investigators with WAP visited 17 tiger entertainment venues from 2015 to 2016. Among the mistreatments viewed by investigators were young cubs being shown to tourists and constantly viewed and mishandled hundreds of times a day, tigers being reprimanded for behavioral outbursts with pain and starvation, and tigers being confined to tiny concrete sells on a daily basis.

“It is very worrying that at the time of our research, 207 more tigers were abused for tourist entertainment than there were five years ago,” Julie Middelkoop, the head of WAP’s Wildlife—Not Entertainers campaign, in a statement. “We’re asking tourists to think about the welfare of the tigers, and we’re calling on the travel industry to stop promoting and profiting from tiger cruelty. If you can get up close to, hug, or have a selfie with a tiger, the attraction is cruel. Don’t go.”

In addition to calling on tourists to avoid these venues, Middelkoop said that sites like TripAdvisor still promote and sell tickets to tiger tourism areas, but could really be part of the solution if they stopped. “TripAdvisor is not just a travel review site, but it’s also an online tour operator since it acquired Viator in 2014. As a result, it is directly selling tickets via the TripAdvisor review site to different attractions, including wildlife entertainment attractions, and is getting a commission,” Middelkoop told Vocativ in an email. “Through our own investigation into the company, we found that multiple sources stated that Viator negotiates anything up to 20 percent in commission of the advertised rate of the ticket from the local attraction or tour company.”

Earlier this year, WAP started a petition against TripAdvisor over claims that the website has not taken proper action to help reduce animal cruelty. The site claims that it doesn’t endorse or recommend “the products or services of any third-party suppliers.” However, Despite TripAdvisor previously stating that they were “open to finding ways in which we can help travelers gain a better understanding of animal welfare and conservation practices,” they’ve taken no action, according to WAP.

Brian Hoyt, TripAdvisor’s Senior Director of Corporate Affairs, said his company is in the midst of researching the issue and has been learning from and speaking with numerous groups within the animal protection, conservation, and sustainable tourism sector.

“We continue to be disappointed that World Animal Protection mischaracterizes our efforts in the press and on social media (and misrepresents our business model) as we take some time to work on this complicated issue,” he said in an email to Vocativ. “TripAdvisor takes this issue seriously. It is important to have some perspective here… Currently, there is no universally agreed upon criteria by which to assess animal welfare practices, and no feasible means by which an online resource like ours could centrally audit or accredit such practices around the globe.”