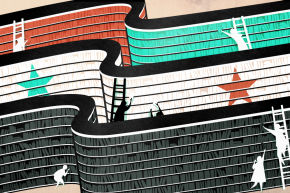 Google Earth, USB sticks, and social media have helped a group of aspiring attorneys track atrocities in Syria—from a campus in Syracuse 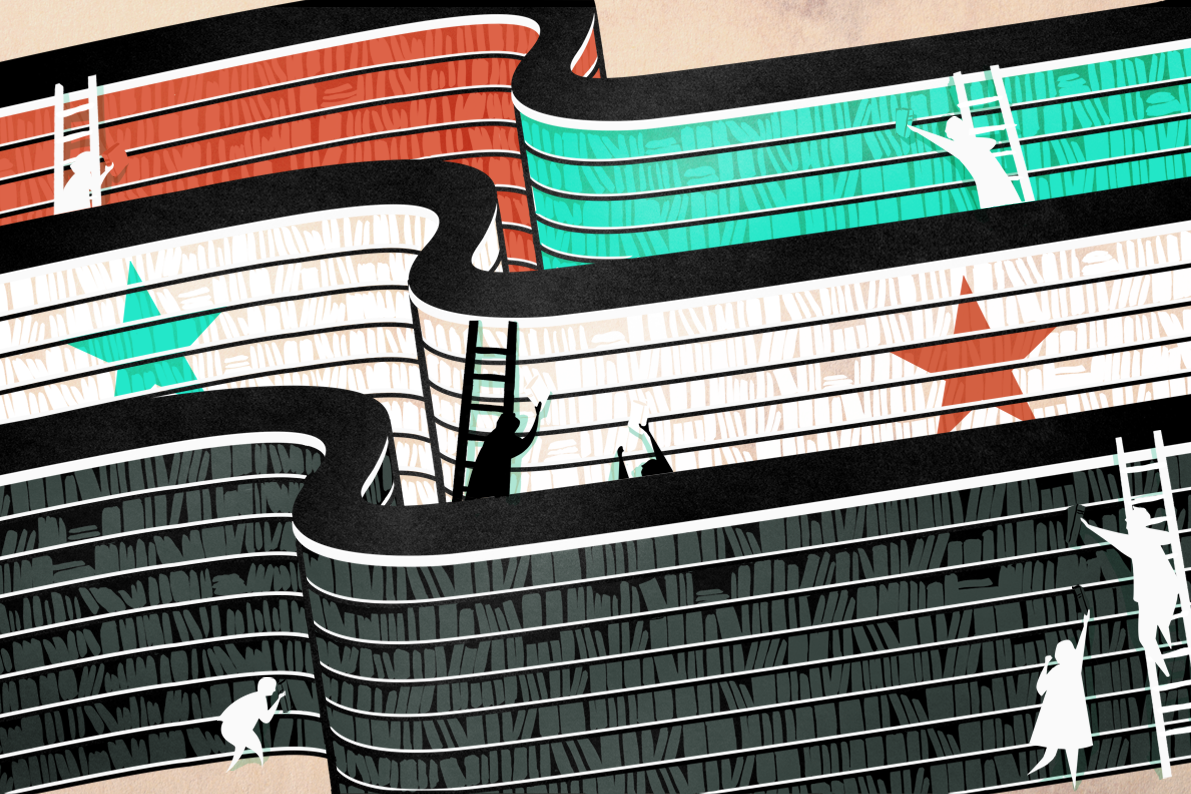 Each image bears witness to atrocity. Snapped on cell phones and other digital devices, they are uploaded from the war-torn corners of Syria each day. There are leveled neighborhoods and butchered bodies. There are the faces of those who have succumbed to torture, hunger, and other deprivation.

“The hardest pictures to look at are the ones taken of children that are victims of warplane shelling,” said Zachary Lucas, a third year student at Syracuse University College of Law. “Those are tough.”

For the last five years, a group of students like Lucas from this rust belt institution have sifted through a torrent of images and first-hand accounts captured by civilians and activists in Syria, much of it posted online or disseminated through social media. Using this material and other sources, they have worked meticulously to create the world’s most comprehensive database of alleged war crimes committed throughout the conflict. The grim compendium topped 12,000 documented incidents at the end of last year.

“It’s absolutely mind boggling,” said David Crane, a law professor at the college and advisor for what’s been dubbed the Syrian Accountability Project. The work of Crane’s students aims to serve as a sweeping trial package, a legal record that may one day assist a tribunal or international court in convicting those who committed war crimes against the Syrian people. Among those defendants might be Bashar al-Assad, Syria’s president, he said.

Is that even possible?

Crane, a former chief prosecutor for the United Nations, has reason to believe so. He’s accomplished something no other living lawyer has: he successfully indicted a former head of state. In 2003, Crane charged Liberia’s Charles Taylor for his role in the death of thousands during Sierra Leone’s civil war in the 1990s. Taylor, a warlord who was once among Africa’s most powerful dictators, was eventually sentenced to 50 years in prison, making him the first former head of state convicted since Germany’s Nuremberg trials after World War II.

It was because of Crane’s work in Sierra Leone that the Syrian National Council reached out to him in 2011. The Council, an opposition group formed against the Syrian government, wanted to know what kind of judicial measures could be taken against the Assad regime, whose crackdown against Arab protestors earlier that year had escalated into an armed conflict. Crane, who now teaches international law, decided that his students could investigate and quantify the atrocities being committed on a mass scale. The project was born.

Since then, as many as 50 law students, along with volunteer analysts, have monitored the war around the clock. Much of the work follows the system Crane created to build a case against Taylor and his henchmen, he said. At the center is a crime matrix that contains verifiable incidents in Syria that could be prosecuted under the Geneva Conventions, the Rome Statute of the International Criminal Court, or Syrian Penal Law.

Through December 2015, they had amassed 12,242 documented war crimes and crimes against humanity committed by the Syrian government as well as those fighting the regime.

With Taylor’s case, Crane had to hunt down witnesses and evidence on the ground in West Africa, years after the crimes took place. His current students on the other hand, working 5,000 miles away from Syria, receive tips and reports in real time from sources on the ground, as well as citizens and activists who publish accounts on websites, Twitter, and Facebook.

Often, thanks to the ubiquity of smart phones and other technology, witnesses can now provide photo or video documentation of a regime barrel bomb ripping through a hospital or the aftermath of a chemical weapons attack. In one of the most stunning cases of criminality to come out of the war, a military photographer smuggled 55,000 photos depicting the systematic torture of more than 10,000 prisoners by the Assad regime using USB sticks that were hidden inside his shoes.

“It’s a digital tsunami,” Crane said. “We have terabytes of information coming out of the Levant region.”

At times, the Syrian Accountability project has leveraged other tech tools to build evidence for an alleged crime. On multiple occasions, it has used Google Earth images to verify the destruction of neighborhoods or the existence of mass graves. Google has also been instrumental in locating the presence of military bases or units implicated in a particular event.

The deluge of digital data presents one of the biggest challenges for the project, students say. Lucas estimates that as much as 95 percent of the tips they’ve received or generated from sources would be inadmissible in a court of law. If they were to authenticate or verify every piece of possible evidence, they would run the risk of an information overload.

But their matrix serves as an important historical record. It is an index of inhumanity leveled against the Syrian people, one the project has already shared with the United Nations, International Criminal Court, and U.S. State Department. The data decisively shows that the Assad regime has committed the lion’s share of atrocities in the conflict: nearly two-thirds of the documented war crimes, from indiscriminate shelling to torture, have been carried out by the Syrian government and its allies.

But the project’s findings also reveal that every armed group in the war has played a part in the bloodshed that, since it began, has left more than 250,000 people dead and displaced millions. In addition to the scores of brutal acts attributed to Islamist militant groups like ISIS and Nusra, rebel factions, including the United States-backed Free Syrian Army, are responsible for hundreds more. Another 2,300 purported war crimes committed by those fighting Assad forces—nearly a fifth of the total—remain unattributable, which underscores the chaotic nature of the conflict.

Through February 2015, the project tallied nearly 42,000 incidents by all parties that involved the use of barrel bombs, chemical weapons, civilian shootings, detentions, field executions, kidnappings, mutilations, indiscriminate shelling, violence against women, and torture, according to figures provided to Vocativ.

“It’s important to emphasize that, across the board, these horrific things are happening,” said Peter Levrant, a former Syracuse law student, who served as the executive director for the project. “At this point, it’s really hard to say that any one party is completely innocent.”

Students have also managed to conduct more granular analyses through their research. For example, Levrant and others published an 88-page white paper in March that examined alleged incidents of rape against women during the conflict. The study found that out of 142 reported incidents, the Assad regime and its affiliates were responsible for nearly 90 percent of them. More than a third of these incidents happened while the victim was detained or imprisoned. Others occurred during home raids and kidnappings.

Despite the ongoing effort to hold Syria’s various armed groups accountable, there is no guarantee that the project’s findings will be used in future criminal cases. But Crane is hopeful, believing that ultimately a path to justice will be found.

“Whether this happens next year or 10 years from now it will still be valid,” he said.  “When politicians decide to do something, we’ll be ready. We’ll hand it to them, all 20,000 pages.”