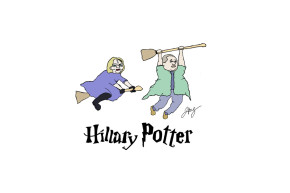 ClintonKaine.com: Your Hub For Harry Potter FanFic
By Tracy Moore

Thanks to one oddball waiting for a $90,000 payout, political cybersquatting has never been more entertaining 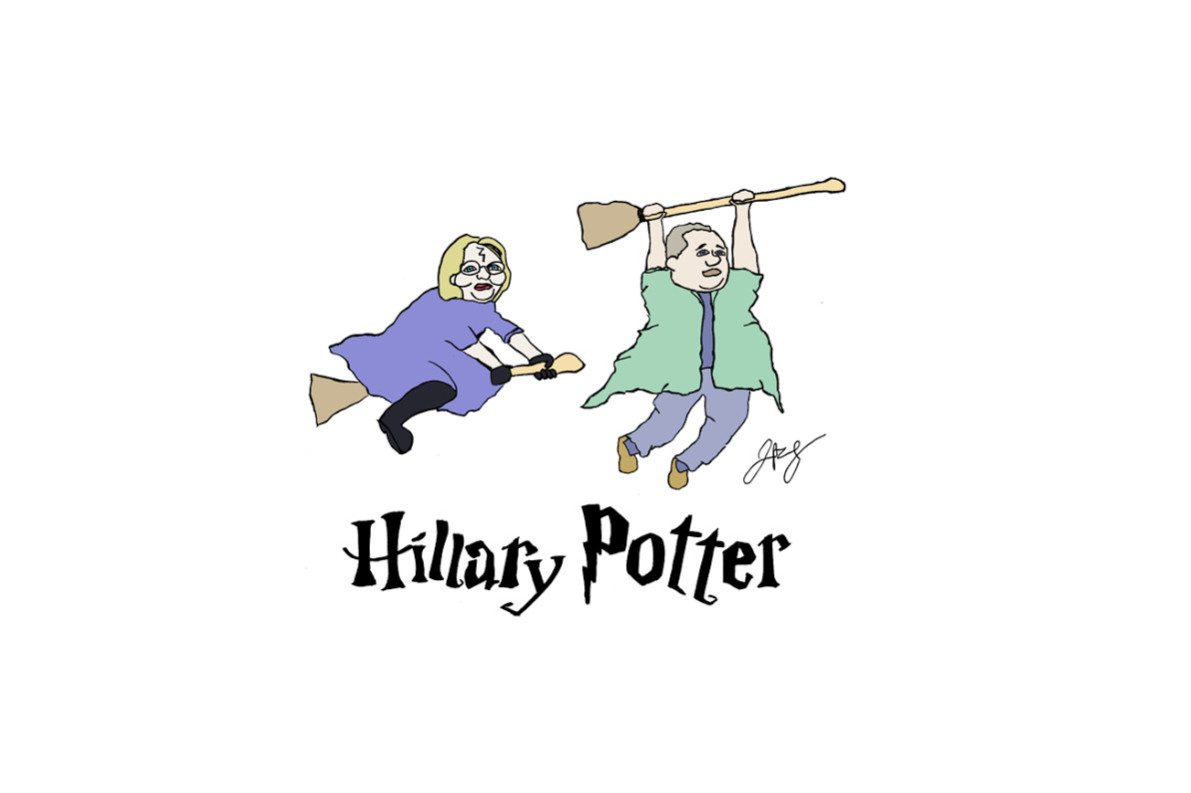 Jeremy Pegg is a 27-year-old from Washington D.C. who spends his days working as a lawyer. But he’s also someone who had the political foresight to buy the URL ClintonKaine.com for $8 back in 2011, and following Hillary Clinton’s decision to make Virginia Senator Tim Kaine her VP pick, now hopes to sell it for $90,000.

“I was really happy,” Pegg told Dcist about receiving the news that Kaine would be Clinton’s running mate. He high-fived some friends and then proceeded to go get drunk. But this is not his first foray into political cybersquatting—He recently sold Cruz2016.com and BidenWarren.com for $1,500 apiece, and currently holds Santorum-2012.com and Pawlenty.net in his back pocket.

But what’s decidedly different about Pegg’s peculiar hobby is that he’s using some of these sites to post Harry Potter fanfic that reimagines Hillary Clinton and her possible running mates as Hogwarts students. In addition to ClintonKaine.com, Pegg owns ClintonBooker.com, ClintonBiden.com, which also serve as a home for his literary exploits.

On ClintonKaine.com, Hillary Clinton becomes Hillary Potter, who, three weeks out from the Democratic Magical Convention is still searching for a date. But she’s unimpressed by her prospects:

“There was Julian Caster, a fellow Gryffindor, who certainly had promise. But Caster was only a first-year at Hogwarts, and Hillary had no idea how he would perform on the magical stage. Elizabeth Warlock — an ambitious Ravenclaw prefect — would turn some heads, but the two strong-willed wizards found each other unpleasant on a personal level.”

At ClintonBooker.com, one-time VP possibility Cory Booker is reimagined as Coriander Booker, who has pizzazz and plentiful charm—but suffers the fatal flaw of being from New Jersey. Over at ClintonBiden.com, Hillary considers the prospect of asking Joe Biding to stick around for a “super seventh-year.” But at the end of the day, Hillary Potter is left with one obvious, safe choice: Timotonous Kaine from Hufflepuff. While dull, and not particularly pleasing to the eye, he had been a major supporter of Hillary’s since the beginning of what had turned out to be a particularly tough year for her.

And while Pegg will win any awards for the most original approach to campaign cybersquatting, he isn’t the only gambler in this game. Other political sites being occupied by squat hopefuls this election include TrumpPence.com, which, according to The Atlantic was purchased for $10 by Dallas investor Shannon Burchett.

Normally, there are laws in place prohibiting cybersquatters from buying trademarked names, individual’s names, or in some cases, celebrity names, nonprofit political speech is protected. Sites are often purchased for trolling purposes, and redirected to other political sites as jokes, such as JebBush.com redirecting at one point to Trump’s site, and TedCruzforAmerica.com redirecting to Canadian emigration information. CarlyFiorina.org detailed the former TK’s hand in the Hewlett-Packard layoffs. TedCruz.com is a pro-Hillary Clinton shout.

Pegg tells DCist he thinks political cybersquatting is “on its way out” because domains go for less and less these days, and fewer people type URLs directly in, but just go to search engines to find the official campaign sites. And, while there’s no indication that anyone intends to pay him 90 grand (or any money at all), he’s still holding out—which means we we can expect more of what he calls these “little stunts” in the meantime.