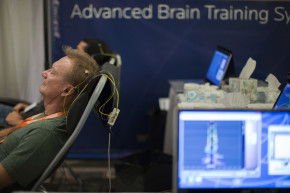 Biohacking Is Great, But Nobody Wants It
By Joshua A. Krisch

Biohacking Is Great, But Nobody Wants It

Gene editing and custom brain chips are already realities, but a new study finds that most Americans are more worried than enthusiastic about using them 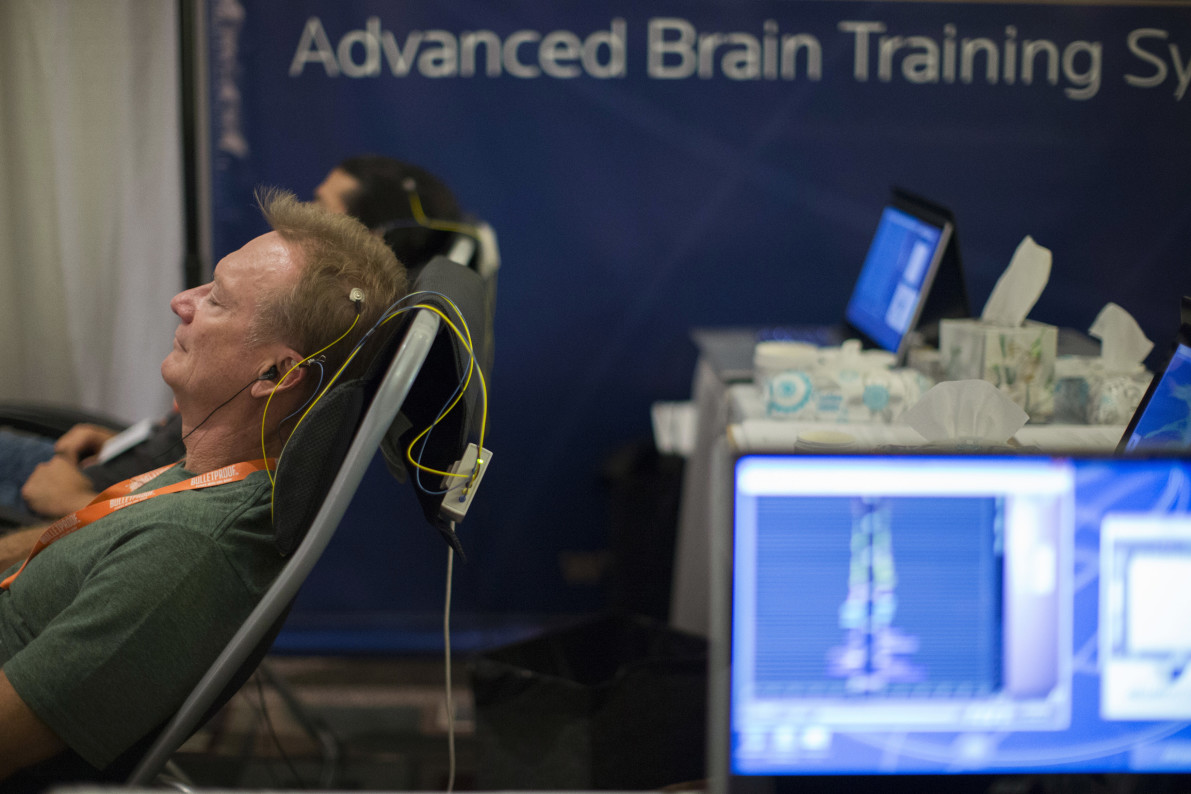 A neuro-feedback session at the Bulletproof Biohacking Conference — (REUTERS)
By Joshua A. Krisch
Jul 26, 2016 at 2:04 PM ET

Transhumanists, large corporations, and biology buffs have all cast their lot with biohacking—the radical notion that humans can be enhanced to prevent disease, repair broken bodies, and, eventually, mold humanity into something superior. And they’ve already begun. Backyard hobbyists are implanting RFID chips into their hands, earphones onto the sides of their heads, and LED lights beneath their skin. The U.S. military is testing next generation body armor and the UK’s health service is experimenting with synthetic blood.

But even as technology speeds ahead, the general public is not necessarily enthusiastic about the biohacking revolution, according to a new study from Pew Research. Researchers found that Americans are more concerned than excited about biohacking and human enhancement, and that most of us would not be interested in implantable technology, genetic modifications, or other cutting-edge tech intended to make our minds and bodies stronger and healthier.

“Developments in biomedical technologies are accelerating rapidly, raising new societal debates about how we will use these technologies and what uses are appropriate,” said coauthor Cary Funk of Pew Research, in a press statement. “Americans are largely cautious about using emerging technologies in ways that push human capacities beyond what’s been possible before.”

Biohacking has come a long way in only a few short years. Throughout the past decade, researchers have implanted artificial retinas to cure the blind, brain chips to help the paralyzed, and synthetic blood to cover for shortages. And of course there’s CRISPR, the gene-editing tool that has allowed scientists to modify human embryos and develop new cancer therapies. “We are no longer living in a time when we can say we either want to enhance or we don’t,” said Nicholas Agar of Victoria University in New Zealand, in a related essay.

“We are already living in an age of enhancement.”

Humans love imagining a world in which we have conquered the limitations of biology and it shows in our lore, both ancient and modern. Genesis introduces the temptation of the tree of knowledge; the ancient Greeks told of Daedalus and Icarus who built themselves wings of wax. Even today, many of our top-grossing books and movies revolve around superheroes who are the products of either genetic or technological hacking—the X-Men, Captain America, Spiderman, the Incredible Hulk, Iron Man. But at the same time, these dreams tend to include cautionary tales. Adam and Eve were banished. Icarus fell to his death. The Incredible Hulk is a tragic hero.

These mixed feelings have spilled over into modern debates between transhumanists and their critics. Transhumanists believe that technological breakthroughs could be harnessed to improve humanity, granting us the autonomy to become masters of our own bodies and minds. Critics, however, argue that we are advancing too quickly for our own good and that even minor enhancements could change what it means to be human—and not for the better.

Until recently, however, the discussion was largely academic. Most of biomedicine remains in the realm of therapy, not enhancement—scientists are working to cure blindness, not create super-eyes. But as we transition into the era of CRISPR gene editing and accessible brain chips, the researchers at Pew figured it was high time for a frank discussion about biohacking. So they assembled a national survey of more than 4,700 adults and asked them about gene editing for babies, implantation of brain chips, and transfusions of synthetic blood.

As it turns out, we’re not necessarily cut out for transhumanism. Most Americans responded that they were either “very” or “somewhat” worried about gene editing (68 percent), brain chips (69 percent), and synthetic blood (63 percent) and less than half are “enthusiastic” about any of these breakthroughs. There’s a definite feeling from the findings that Americans are more apprehensive than excited about the sort of advancements that they enjoy in movies and mythology.

Potentially even more crippling for the burgeoning biohacking industry is that most Americans don’t even want to be enhanced. Sixty percent said they would not want enhancements of their brains or bodies, while barely half said they would consider gene editing for their babies even if it helped prevent diseases. When asked why they were so concerned about the new tech, a full 73 percent said they worried that expensive enhancements could lead to discrimination—wealthy elites would be able to make themselves literally superior to the poor. Other concerns centered around the science itself—that innovations would be untested or poorly tested, that meddling with nature is never a good idea, and that we’re about to cross a line that should not be crossed.

“In spite of intense disagreements about the utility and morality of trying to ‘improve’ humanity, many thinkers on both sides of the debate share the belief that if just some of the dreams of today’s transhumanists are realized, human society will change and change significantly,” said David Masci of Pew Research, in a related essay. “For the first time in human history, the biggest material changes in our society may not be occurring outside of ourselves, in the fields, factories and universities that have shaped human civilization, but inside our bodies.”

“In our brains and muscles and arteries, and even in our DNA.”