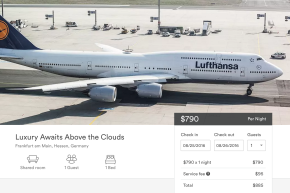 Lufthansa Will Let You Book Flights On Airbnb For Some Reason

And no, it absolutely is not more convenient than using a travel site 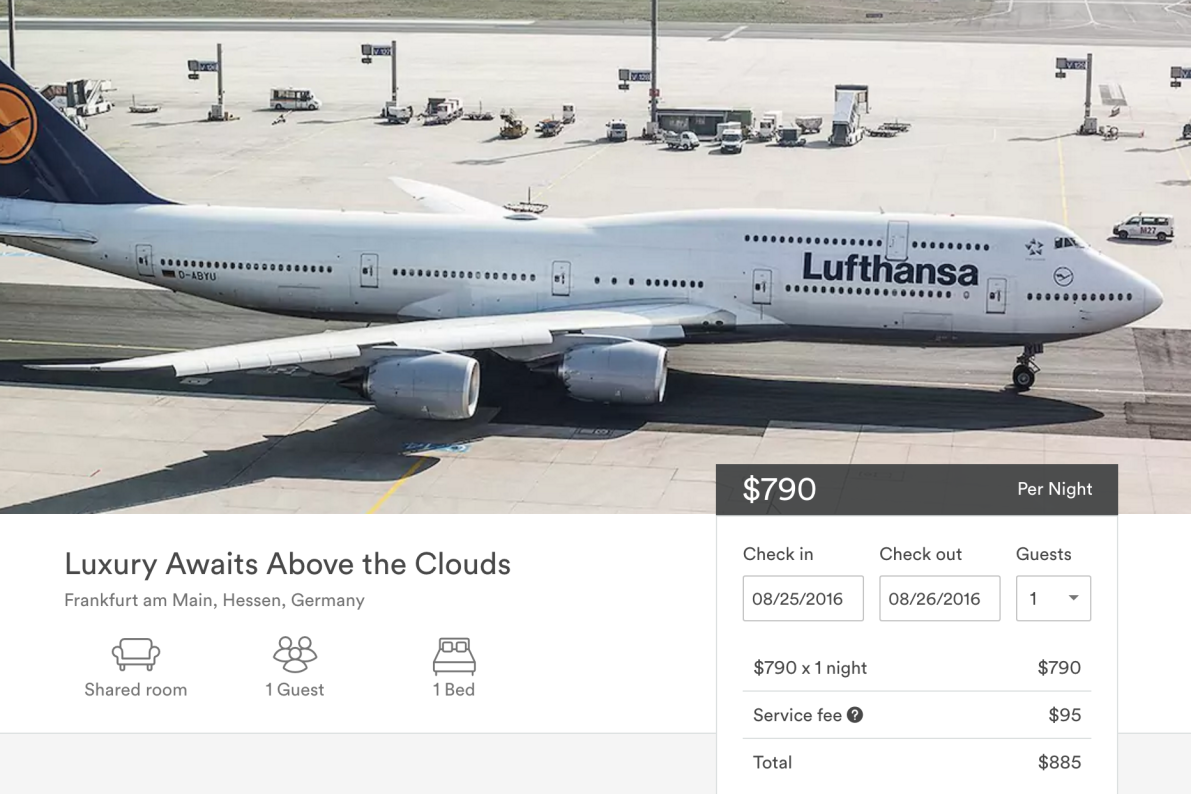 Forget using Airbnb to couch surf. Lufthansa is now listing airline seats on the site as if they were an actual place you’d want to vacation instead of a cramped—if expedient—way to travel from continent to continent.

Lufthansa appears to be the first airline to use Airbnb like this—though KLM has previously offered Airbnb-ers the chance to spend the night on a grounded jet in Amsterdam—and is generally doing whatever it can to reach new fliers, with the turmoil in Europe having an adverse impact on its business.

Instead of taking out a traditional ad, Lufthansa just set up an account like any normal Airbnb host, and on its pretty low-key listing, it boasts that its “cabin isn’t in the woods, but in the sky!” For $885 (taxes included) you can book a roundtrip ticket from New York to Frankfurt in a premium economy seat. In terms of amenities, they offer TV, WiFi, and heating and A/C. Though you won’t find an indoor fireplace, hot tub, or doorman.

But once the novelty wears off, the process of booking a flight via Airbnb turns out to be kind of a pain.

You enter a date for a one night stay (presumably the date you want to fly out), and then fill out the form. But the kicker is that you don’t actually choose flight times or seat options through the site. Once you’ve hit the “Send Request” button, your request is forwarded to Lufthansa, and then one of their customer service reps will call you to iron out the finer details. Here are the specifics, according to the airline:

“The Lufthansa Call Center will try 3 times to reach you via telephone. After that, they will send you an email. The Call Center will call you within 2 hrs after requesting the booking. This will be within their opening hours between 08:00 and 22:00 h CET.”

It’s not exactly the picture of one-click convenience, and really, it’d just be easier to just visit Lufthansa’s site or one of the countless other outlets for booking flights.

So will Airbnb be the future nexus of flight reservations? If this is any indication, no. And if any other airlines get the idea to offer a flight deal via Airbnb, hopefully they’ll figure out a better system than this.