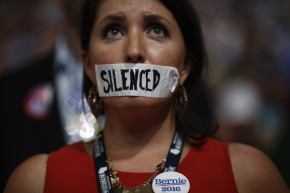 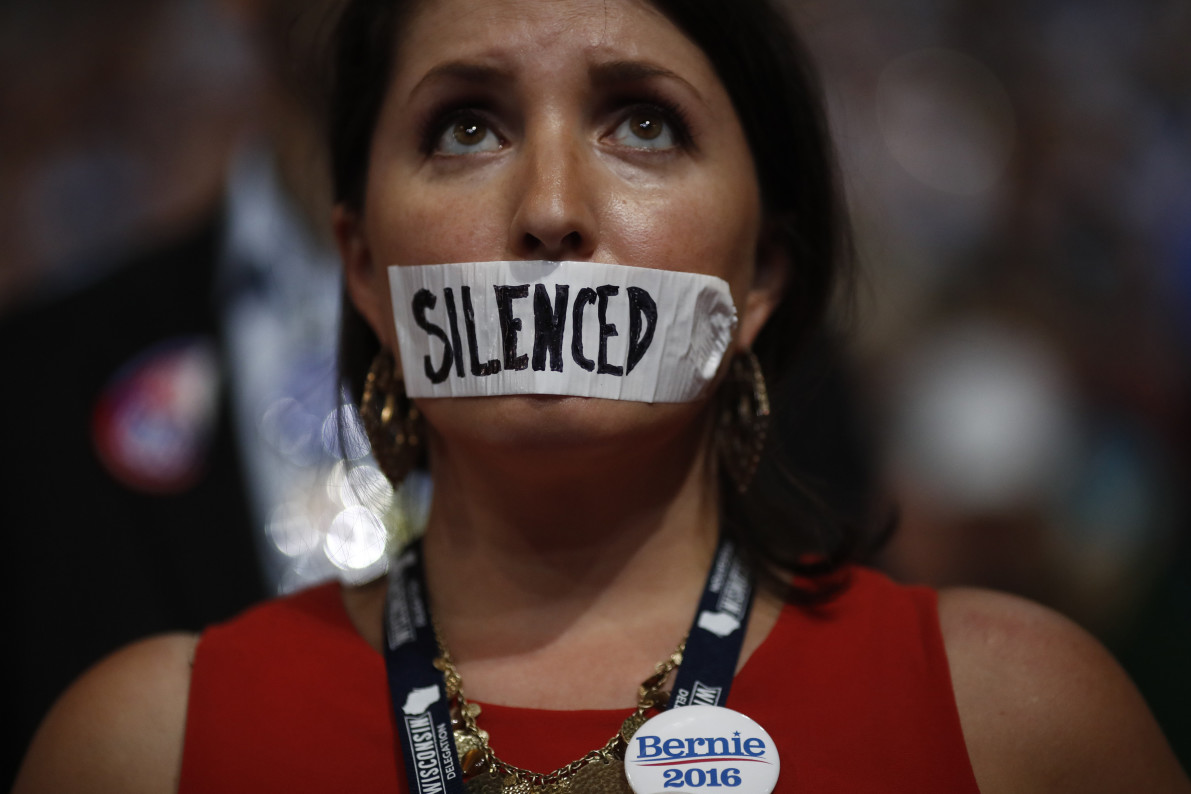 A Bernie Sanders supporter at the Democratic National Convention — REUTERS
By Sara Morrison
Jul 26, 2016 at 11:07 AM ET

Early this morning, moderator “Vermonty_Python” (also known as Aidan King, the group’s co-founder) announced that the popular subreddit would be shuttered “effective immediately.” (That was later changed to “after the convention.”) The reason, he said, was the especially toxic turn the subreddit, which was created in 2013, had recently taken and the pointlessness of rallying for Sanders to be the Democratic nominee.

“The subreddit has lost its purpose,” Python wrote. “There is no more President to campaign for. It is just too much work and too much stress. Too many trolls and too much conflict. Supporters who understand Bernie’s message have long-since left to fight for progressives in Congress, and only trolls and opponents remain. We spend all our time banning and deleting posts from Donald Trump and Clinton supporters, trying to turn us against one another, and every comment section is flooded with hate, conspiracy, and campaigning for other candidates. Unfortunately, we cannot continue to allow the movement and the community to become anti-Bernie and to devolve any further.”

Python also said he was starting to see “death threats” aimed at Sanders himself and he himself had gotten about a “hundred or so” since the closure announcement.

Forum members did not take the news well. In comments that echoed the boos Sanders got from the people who were supposed to be his own supporters, Python was called “extremely tasteless and disrespectful,” “absolutely awful for doing this,” and “a disgrace” by the same people who reaped the benefits of the community he created. Many were especially sore about comments Python had made in the Enough Sanders Spam subreddit before announcing the decision to shut Sanders For President down.

“You sicken me,” said HeyIAmAnEngineer. “You just fucking sicken me.”

“You’re silencing the hub of dissent,” tikalal told the subreddit’s co-founder. “You should never have had any power here. Get over yourself and reverse your terrible decision.”

“So, you’re like gonna need to get a new reddit username after this,” wrote _Agree_to_Disagree_. “This hivemind will never forgive you.”

There was also a brief discussion on whether or not Python was “dumb as shit” or if that was an “insult to shit.”

More Sanders’ Online Army Prepares For A Revolution Without Him

Many suspected that Clinton’s campaign paid Python off to do this.

“Even THINKING of shutting down the biggest Sanders community during this crucial time of the election is ridiculous and makes me believe the responsible moderator was paid by the Clinton campaign to do so,” kaesikas wrote.

“Hillary is taking over this sub also,” said Joycethewinner. “Wonder how much her doners [sic] paid.”

Others were more moderate in their comments, and some were appreciative of the work Python and his fellow moderators had put in.

“This hurts as much as Bernie’s endorsement of Hillary,” said cmplxgal. “I understand you’re tired, and no one can blame you … This sub once shined with the brightness of the stars, with dozens of people from all over the world pitching in to support ideas that were both fundamental and revolutionary.”

“How about we keep this thing going until the end of the convention?!” MirthB asked. “Nothing but love.”

But redditors could have seen this coming. Python said two weeks ago that the subreddit had become too large to handle and was so full of “hatred and scum” that moderators spent all of their time pruning trolls and none of it participating in the community they helped to create. “It’s heartbreaking.”

And, of course, there were the people who wanted the subreddit to stay open because they still think that maybe, somehow, still, Clinton won’t get the nomination.