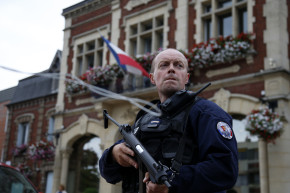 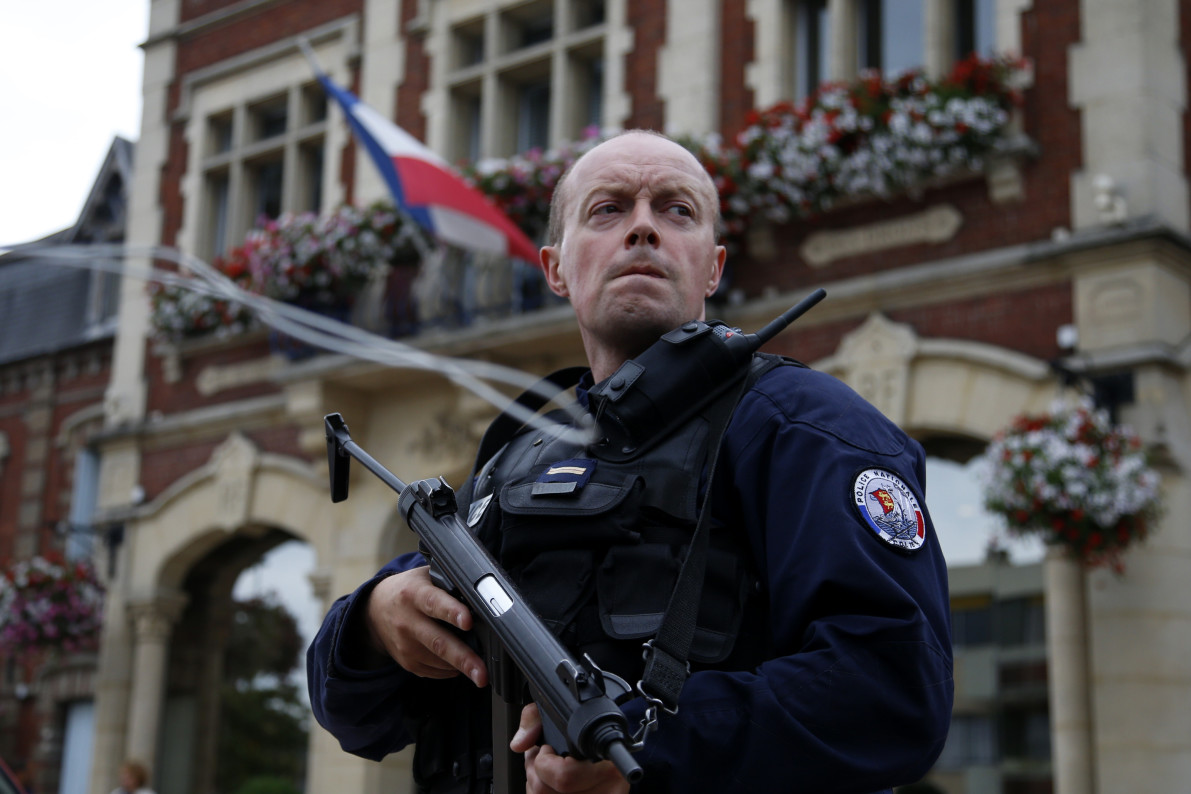 ISIS claimed responsibility for an attack at a church in Normandy, where two hostage-takers killed a priest and injured another person on Tuesday.  A police source told Reuters it appeared the priest’s throat was slit in the attack, which ended when police shot and killed the assailants.

The ISIS-linked Amaq News Agency posted a statement on its Telegram group hours after the incident saying the attackers were “soldiers of the Islamic State” who carried out the attack in response to calls by the terror group to target nationals of states that are part of the coalition fighting ISIS in Iraq and Syria.

French President Francois Hollande said earlier on Tuesday, before the claim was made, that “two terrorists” carried out the attack “in the name of Daesh,” the Arabic acronym for ISIS, CNN reported. It wasn’t immediately unclear, however, if the terror group was actually involved in planning the attack, or if ISIS’ claim of responsibility was opportunistic.

ISIS supporters on social media celebrated even before Amaq released the claim of responsibility. “Yesterday in Ansbach and before that in Nice, and today in Rouen,” a major ISIS channel on Telegram declared. “Slaughtering, stabbing, ramming and killing in Europe. This is what you brought for yourselves, you Crusaders.”

Another message on Telegram said, “the attacks continue inside the house of France, the infidel… The time to settle the accounts has come, prepare your coffins.” Others celebrated on Twitter. “The (sense of) security you lived in has gone forever, you Crusaders,” one ISIS supporter tweeted. “Today no voice is louder than the voice of the Caliphate, thank God.”

“God is Great, God is Great. France is destroyed,” another tweeted, echoing statements posted by many others on social media.

The violence, which unfolded in the the Normandy town of Saint-Etienne-du-Rouvray, marked the third attack in Europe claimed by ISIS this week. On Wednesday, the group claimed responsibility for an attack on a train in Bavaria, where a 17-year-old Afghan refugee, armed with a knife and an ax, injured at least four people on a train. On Monday, Amaq said ISIS was behind a suicide attack carried out by a Syrian asylum seeker who detonated explosives outside a music festival in Ansbach in Germany, killing himself and injuring more than a dozen other people.

Earlier this month, ISIS has claimed responsibility for the terror attack in the French city of Nice, in which 84 people were killed after a man drove a truck through a large crowd watching fireworks and celebrating Bastille Day, the French day of independence.