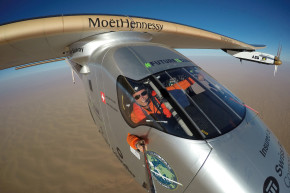 More than a year after it first took off, Solar Impulse 2 returned to Abu Dhabi 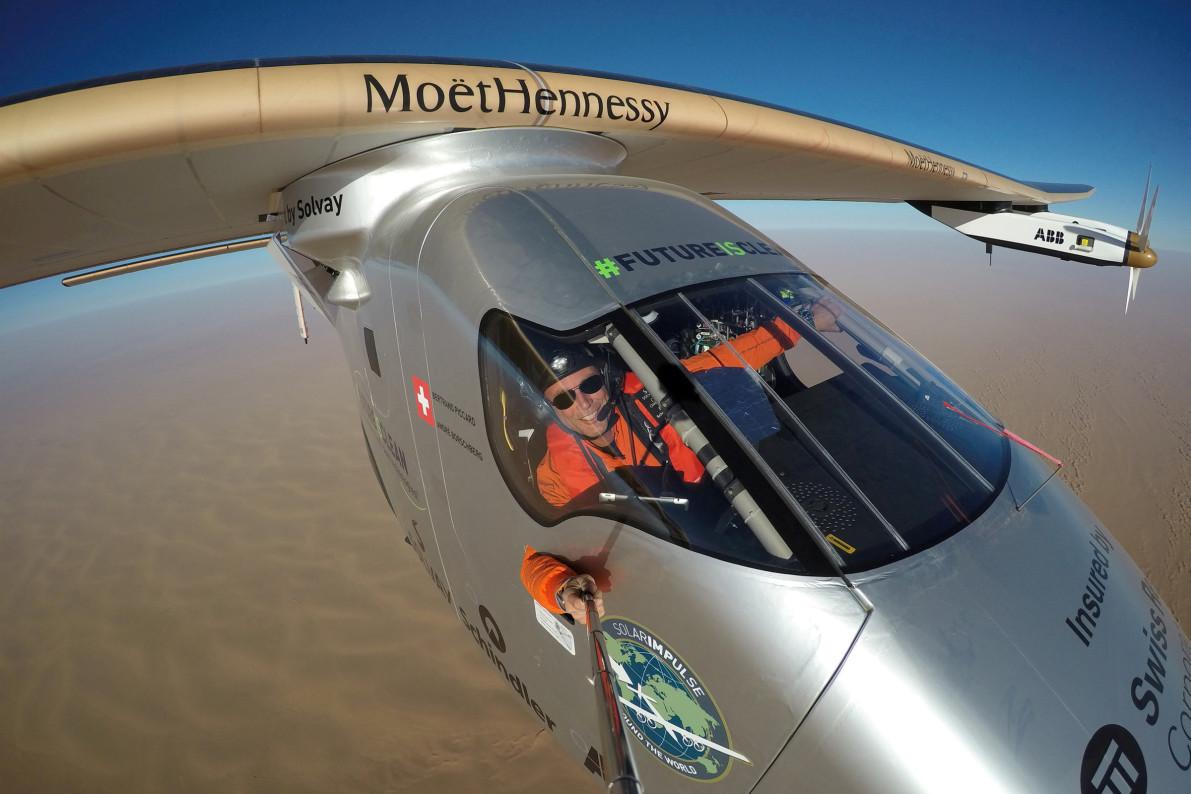 Swiss pioneer Bertrand Piccard takes a selfie during the last leg. — REUTERS
By Brian Patrick Byrne
Jul 26, 2016 at 5:13 AM ET

The plane took off from the capital of the United Arab Emirates in March last year. It made 16 stops—including in Hawaii and New York—before completing the last leg of its 25,000-mile journey: a 48-hour, 37-minute flight from Cairo to Abu Dhabi. It landed in the city at 4:05 a.m. on Tuesday local time.

“The solar airplane has now successfully made it full circle around the world, proving that clean technologies can really achieve the impossible,” the project’s team wrote on its website after the plane landed at Bateen Executive Airport. “Completing a 13-year exploit is perhaps the biggest challenge we now face. But as always, there are new adventures to come.”

The Guardian reported that the last flight was “a bumpy one, with turbulence driven by hot desert air leaving the solo pilot, Bertrand Piccard, fighting with the controls.”

BREAKING: we flew 40'000km without fuel. It's a first for energy, take it further! #futureisclean pic.twitter.com/JCvKTDBVZx

Piccard, an aeronaut and psychiatrist, and André Borschberg, an engineer and businessman, took turns flying the plane in solo legs around the world. Piccard, who also co-piloted the first hot air balloon to circumnavigate the world non-stop in 1999, said shortly before completing Solar Impulse 2’s final flight, “We had to go through an incredible number of human, technical, meteorological, administrative difficulties, but that’s adventure, and it stimulated the creativity, excellence and motivation of the entire team to succeed.”

Solar Impulse 2’s journey endured a few delays. After reaching Asia in May last year, poor weather conditions forced the team to make an unscheduled stop in Japan. The plane was later grounded in Hawaii for nine months after its batteries, which it used to fly during the night, were damaged during an earlier leg across the Pacific.

Why did we take such a risk? Because we knew the only way to never fail is to never try #futureisclean pic.twitter.com/xvWBxtfp53

Solar Impulse 2’s wingspan measures 236 feet—that’s wider than a Boeing 747. But the aircraft only weighs 4,600 pounds, several hundred pounds lighter than a Tesla Model X. Its average airspeed is 21 mph.