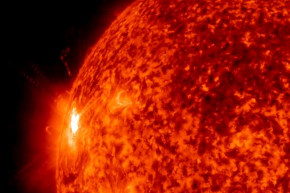 Watch In Awe As the Sun Shoots Out Molten Plasma 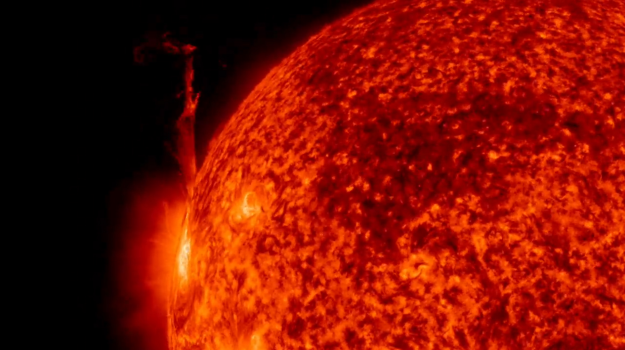 Here’s what you see if you fix your scientific gaze on our beautiful, molten sun. Not that you should do that, of course. Staring at the sun will make you go blind, it will literally burn the eyes inside your head, so it’s probably inadvisable.

The NASA Solar Dynamics Observatory (SDO) used some non-retina-burning technology (wise!) to capture the sun shooting out bursts of plasma. Called a “coronal mass injection,” these enormous solar eruptions are caused by the sun’s powerful magnetic force. This burst of plasma almost got away before gravity pulled it back in. It thought it was out, but then it pulled it right back in.

When these charged particles do break free, they can make it all the way to Earth and create amazing aurora borealis, but also cause technological disturbances and paranoia among tin-hat conspiracy theorists.

This magical dance of hot plasma certainly has us captivated. And don’t worry, it’s safe to keep staring at this video.