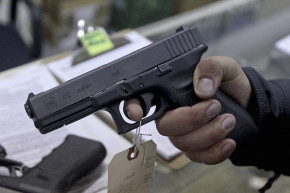 A gunman who killed nine people in Germany on Friday likely bought his gun on the dark net, investigators have said 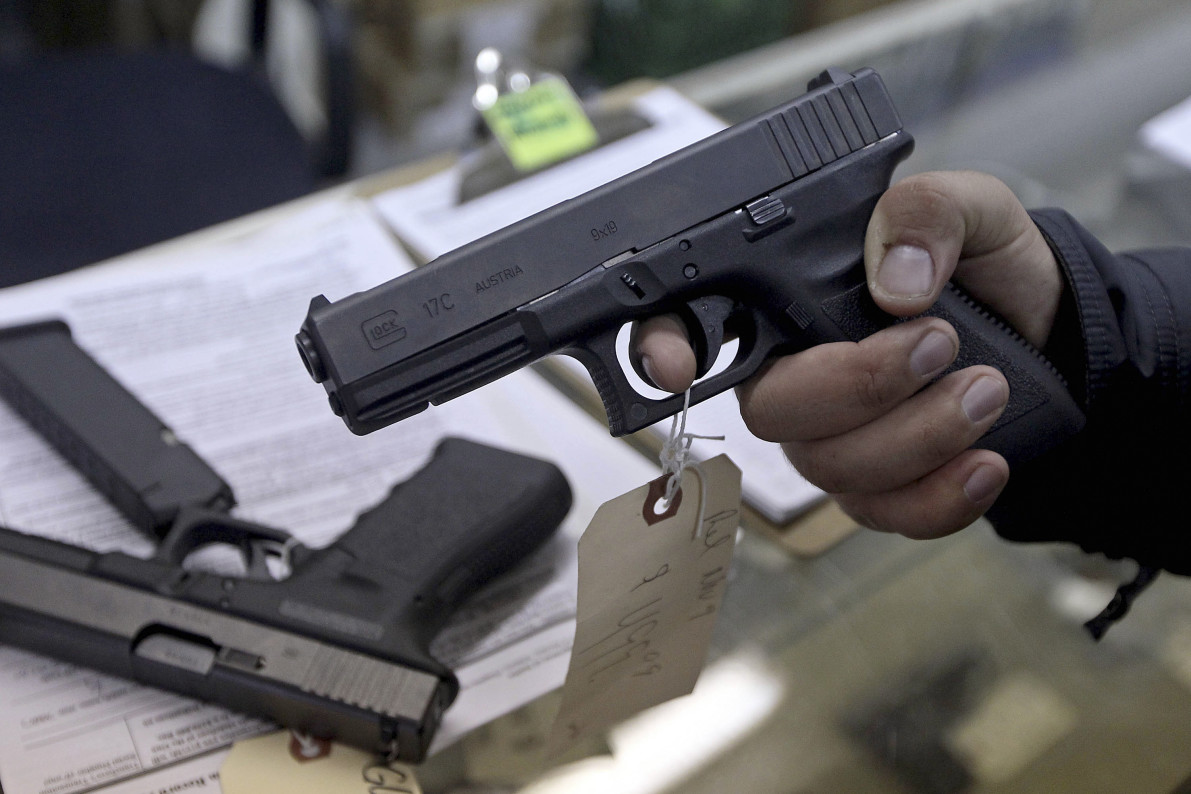 A customer holds a Glock 17 9mm at a gun shop in Phoenix, Arizona — REUTERS
By Brian Patrick Byrne, Mor Turgeman, Gilad Shiloach and Leon Markovitz
Jul 25, 2016 at 11:56 AM ET

A gunman who shot nine people dead at a shopping mall in Munich on Friday likely purchased the weapon he used in the attack on the dark net, investigators said on Sunday. If the shooter did in fact purchase his firearm on the digital black market, he would have discovered it alongside hundreds of other guns—ranging from pistols to sniper rifles—that can be purchased for as little as the equivalent of $220 and shipped to locations globally.

After the Munich attack, Vocativ discovered various dark net websites and marketplaces selling Glock 9mm pistols, which is the weapon 18-year-old gunman Ali Sonboly used in Friday’s assault. Glock pistols were for sale for bitcoins for the equivalent of between $470 and upwards of $2,000 each on Sunday, depending on the model and other factors such as whether or not they come with silencers, ammo, or magazines. One Glock 17, selling for the equivalent of $1,580, was advertised as coming with 100 rounds of ammunition.

More Can You Buy Fixed Soccer Match Results On The Dark Net?

But Glocks were among the smallest weapons available for purchase on all known dark net websites and marketplaces that Vocativ analyzed. Shotguns, rifles, submachine guns, ammunition, and even armor could also be bought and, according to the sellers, shipped to Germany, the U.S., and any other country.

The most expensive item available was a large Barrett .5 caliber sniper rifle, advertised as having “an upgraded muzzle brake which gives you less recoil, and enables you to stay on target for faster, more accurate follow-up shots.” The gun cost, in bitcoins, the equivalent of $6,400 on Sunday, and was also advertised as being available for worldwide shipment.

Information about a Barrett sniper rifle, available to purchase for the equivalent of almost $6,500.

Prices of firearms on the dark net vary widely due to a number of factors, including the size of a gun, whether it is new or used, and the location of shipment. It is typically easier to ship guns within the U.S. because of fewer gun control laws than it is in Europe, where gun laws tend to be more restrictive. That may also explain why almost every gun on the websites and marketplaces Vocativ analyzed was available for shipment to the U.S. One dark net website shipped to the U.S. exclusively.

Guns aren’t necessarily cheaper on the dark net than at legal U.S. firearm sellers. At the Kentucky-based Bud’s Gun Shop, for example, a Glock 17 sells for as little as $499, according to the shop’s website. On the dark net, a gun of the same model was, in at least one case, selling for the equivalent of $1,500 in bitcoins on Sunday. The dealer said it could be shipped “worldwide.”

On GunBroker.com, a legal online marketplace based in Atlanta, Georgia, customers could use the website’s “buy now” option to purchase a Beretta 92F5 for $484 on Monday. The same model of that gun was going for the bitcoin equivalent of $1,137 on a dark net website on Sunday, and advertised as shipping exclusively to the U.S. Another store, North Carolina’s Hyatt Gun Store, offered a Colt AR-15 for $699.98 on Monday—on another dark net website, that same rifle cost the equivalent of $1,147 on Sunday.

In the case of the Friday Munich attack, the 9mm Glock 17 pistol the shooter, Sonboly, used may have come from Slovakia, as it had a certification mark from that country, investigators said. Police believe the gun was illegal as its serial number had been removed, The Wall Street Journal reported. Investigators suspected Sonboly bought the gun on the dark net after they found a chat room conversation on his computer, chief investigator at the criminal investigative agency in Bavaria, Robert Heimberger, said, according to the paper.

German politicians have begun calling for tighter gun laws—despite the fact that the nation already has among the most restrictive in the world. German law does not guarantee the right to gun ownership and citizens have to undergo a series of tests, including mental health screenings, before getting a gun—making it unlikely that Sonobly could have gotten a weapon legally.

The dark net is part of the wider deep web that’s often used to conduct illegal activity, such as the buying and selling of guns, drugs, and passports. It can only be accessed with specific software that allows users to remain anonymous. Prior Vocativ analyses have found flourishing weapons marketplaces on the dark net, alongside illegal drug sales and other illicit activities.