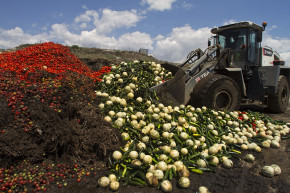 Here’s Why Americans Waste 80 Billion Pounds Of Food A Year
By Joshua A. Krisch

Americans throw away 80 billion pounds of food per year, but only about half are aware that food waste is even a problem 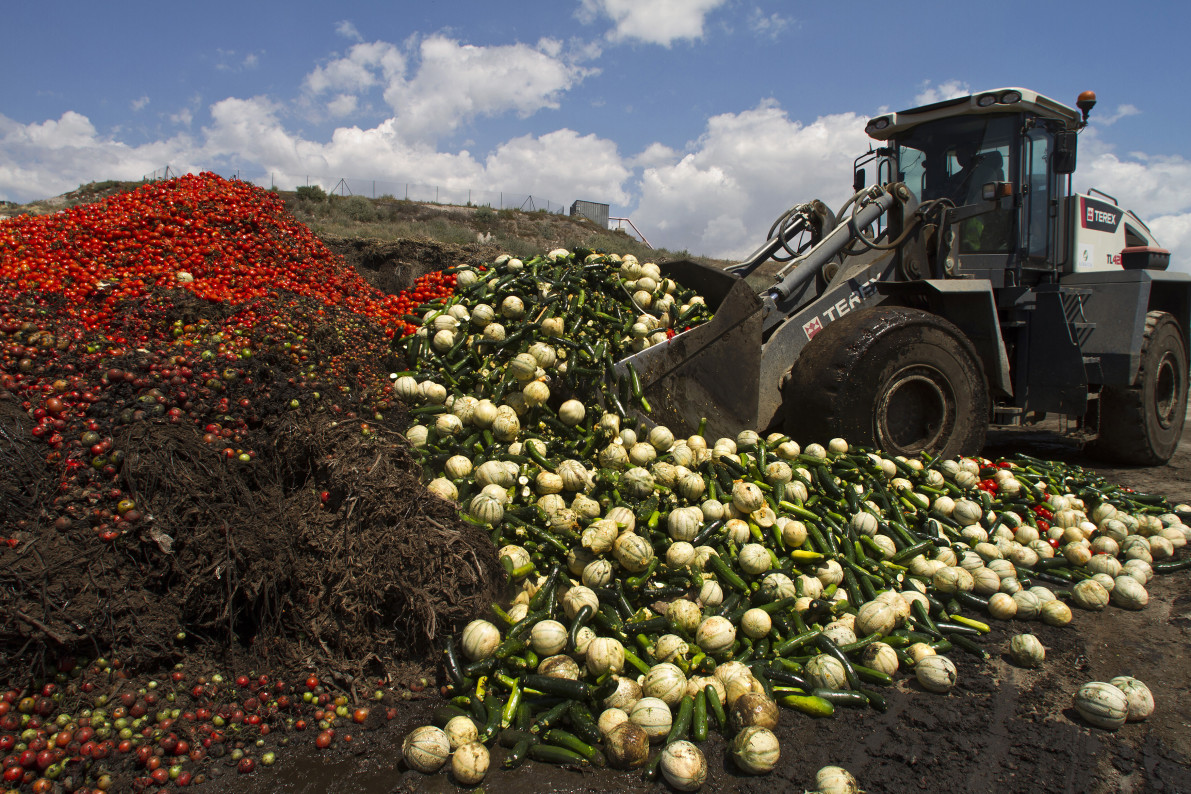 A digger unloads discarded vegetables into a pile of vegetable residue — (REUTERS)
By Joshua A. Krisch
Jul 27, 2016 at 5:52 PM ET

When we throw away food, most of us feel bad—but we also recognize that food waste is a necessary evil of the modern kitchen. But even as wealthier Americans gleefully waste 80 billion pounds of food per year, 48.1 million of their less privileged peers are living in food-insecure households. Meanwhile, landfills are filling up with waste that degrades into harmful greenhouses gases, exacerbating the effects of manmade climate change.

Now, a new study in PLoS One investigates why Americans are so comfortable wasting food. The findings suggest that, while we feel guilty about waste, we are so misinformed about the benefits of junking our food that we have no intentions of changing our bad habits. “They perceive there are practical benefits, such as a reduced risk of food-borne illness, but at the same time they feel guilty about wasting food,” said coauthor Danyi Qi of Ohio State University, in a press release.

More The Recession May Be Over, But More Kids Are Hungry

If you never use milk beyond its expiration date, you’re part of the problem. While most consumers believe that expiration dates on food are there to keep us safe, the truth is that these dates merely indicate when our groceries will taste most fresh. Milk, for example, is technically safe to keep in your refrigerator for nearly a month—but most supermarkets stamp milk with an expiration date that lasts only 12 days after pasteurization. Besides the fact that pasteurization kills harmful bacteria, so even spoiled milk probably won’t make you sick, Americans tend to hold fast to expiration dates under the mistaken belief that consuming expired foods will harm them.

Meanwhile roughly one third of the world’s edible food is never actually eaten, and instead left to rot in garbage dumps where it can release 35 million tons of greenhouse gasses every year. In light of this problem, the Obama administration has called on the country to reduce food waste by 50 percent by 2030, and Congress is working on a bill that might help us reach that goal by revamping expiration dates on foods so that fewer Americans throw away fresh food in error.

But a food label bill likely won’t be enough to disband the nobel American tradition of food waste. So researchers developed a national survey and recruited 500 individuals to answer questions that might help us figure out what makes Americans waste—and how to prevent it in the future.

Some of the results were not encouraging. More than half of all participants told researchers that it would be difficult to reduce household food waste, and a full 42 percent said that they did not have time to worry about food waste at all. Meanwhile, a whopping 87 percent responded that they waste less food than similar households—an obvious mathematical impossibility. 68 percent echoed the belief that throwing away food after its expiration date would protect them from disease, while 59 percent argued that food waste is a necessary part of meal preparation.

There was, however, a healthy sense of guilt among respondents who wasted food. 77 percent admitted that they feel guilty when they throw food away. 58 percent said they recognized that doing so hurts the environment and 42 percent acknowledged that wasted food is wasted money.

The findings suggest that Congress’ food label bill could help reeducate Americans about the connection between misread expiration dates and food waste. “We can do things to chip away at the perceived benefits of wasting food,” Qi says. Beyond the food label bill, the study suggests that a full 42 percent of participants do not even know that their food waste is harming the environment. “Helping people become more aware of that wouldn’t be a silver bullet,” said coauthor Brian Roe, also of Ohio State. “But it could sway 5 to 10 percent of people who are generally willing to change their behaviors to improve the environment but who have never put two and two together.” And since 87 percent of Americans still believe they’re wasting less than their peers, a reality check on that front could be eye-opening for many Americans. “Basically, right now everybody thinks they are doing as good as or better than everybody else,” Roe says.

Broadly, the researchers hope that policymakers will be able to use these findings to craft meaningful legislation and public education initiatives to help meet the Obama administration’s goals by 2030. “We’re ripe for continued information campaigns,” Roe told the San Diego Union Tribune. “There’s a gnawing that something should be done that suggests that awareness campaigns would have an opportunity to move the needle.”