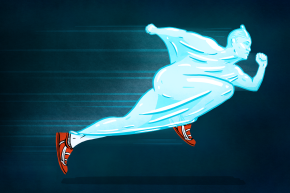 A Body Suit For Long Jumpers, Made Out Of A Condom?
By Robert Silverman

A Body Suit For Long Jumpers, Made Out Of A Condom?

Skyn Condoms claims to have a long jump suit that could help athletes perform better, but there's no science to back it up 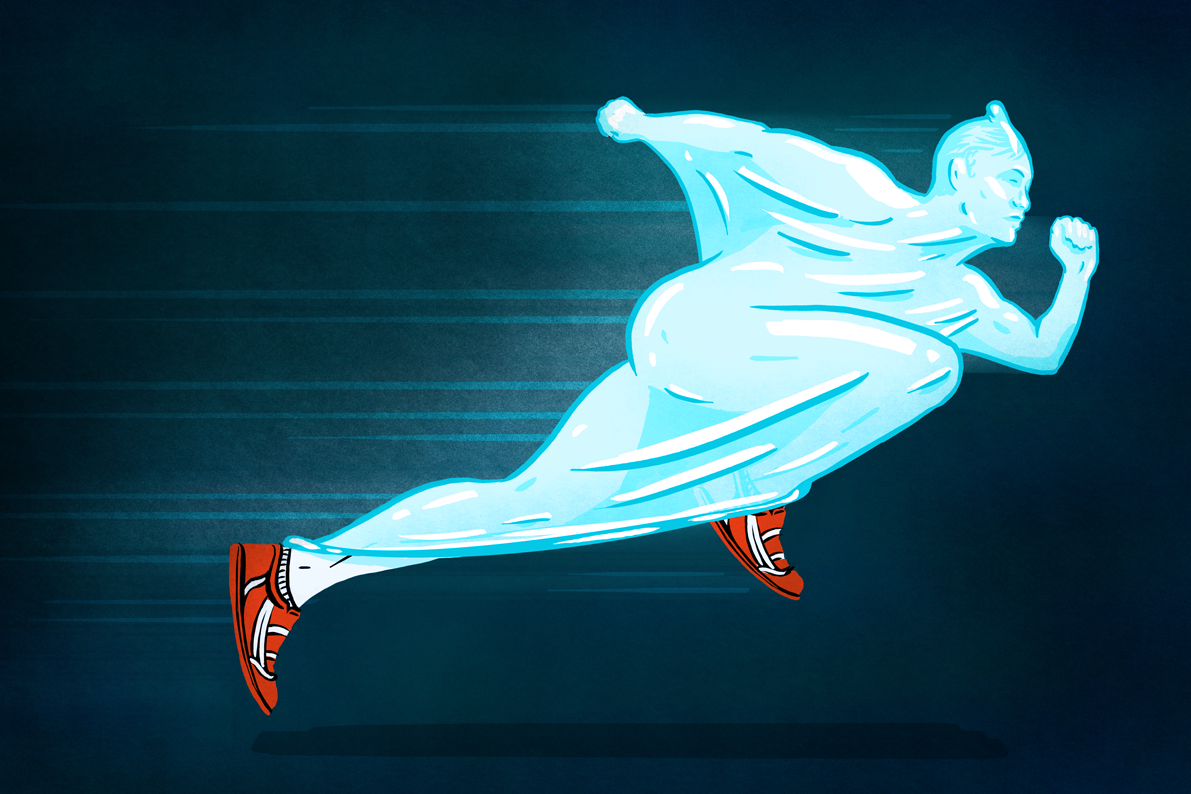 Say you’re a long jumper and you’re interested in jumping a tad longer than you’ve jumped before, but you’ve already wrung every precious drop of ability out of your training regimen. What are you going do to?

The fine folks at Skyn Condoms have created the perfect gear for you. It’s a “one-of-a-kind conceptual long jump suit,” made entirely out of the same material that they use for their high-end prophylactics, Skynfeel, which, according to Skyn’s website, have “revolutionized the condom industry.”

Yes, for long jumpers just hankering to be clad from head to toe in a literal body condom, Skynfeel Apparel—thank the Lord—is here.

They’ve got a super-sexy promotional video, too, should the above not prove enough of an allure. Stylistically, the 92-second spot more or less resembles the deleted scenes from a tentpole flick based on a Young Adult Lit series about a futuristic dystopia in which humanity will be saved only if our most lithesome athletes can run, flex, grimace, sweat, and jump without growing visibly tumescent or biting clear through one’s lower lip in throbbing anticipation.

Woo! Is it getting hot in here or is it just me? Anyway, how do these fire jawns work, exactly?

“The resulting SKYNFEEL APPAREL garment features dragonfly wing-inspired flaps located on the edge of the body, constructed from a thin layer of SKYNFEEL and reinforced by a geometric laser cut grid,” Skyn said in a press release. “Designed with the long jumper’s technique in mind, the flaps stay flat during the run, to open up with the jump – just as the athlete twists their arms and straightens their legs. The aerodynamic design creates an upward lift that could help long jumpers stay in the air just a little bit longer.”

Hang on, flaps? How would this possibly be permissible for high-ranking amateurs and professional long jumpers?

Reached for comment, Carol Carrozza, Skyn’s VP of Marketing, North America at Ansell, explained that yes, they hope that some day the pros will be snapping up their “one-of-a-kind concept for elite professional athletes,” she said via email. To date, though, they haven’t had any conversations with the IAAF, the regulatory body for athletics. “As it is an early experiment, we have not engaged in validation with IAAF on the design of the apparel.”

“Long jump is a sport where official records haven’t been broken since 1991,” she continued, ”so we saw an opportunity there to explore how an apparel made out of our Skynfeel condom material could enhance performance. It was also an interesting sport to explore, since there have not been many significant developments in the apparel worn by long jumpers.”

Technically, yes. Mike Powell’s record jump of 29 feet, 4 3/8 inches at a non-Olympic event has held up over the last 25 years, and the mark he bested, 29 feet, 2½ inches, set by Bob Beamon at the 1968 Olympics Games in Mexico City, stood for 23 years before that. But both Powell’s and Beamon’s feats represented a two foot increase over the prior record. As Joe Posnanski noted, both represent massive statistical outliers and, in that time, only Carl Lewis has ever posed a decent challenge.

But let’s keep going. When asked if Skynfeel Apparel might provide enough ventilation, considering they’re made of Polyisoprene, a latex-like material, Carozza proceeded to hype the superior “tensile strength” of Skyn condoms.

“As a condom material [Polyisoprene] has a great tensile strength, is soft and comfortable, giving users an incredibly natural feeling, full of sensitivity, while being safe and suitable for those with latex allergy,” she said. “So, Skyn condoms made of poliysoprene are softer, stretchier and give a naturally comfortable wear. The suit is amazingly light—like wearing nothing at all—and follows the body perfectly.”

Okay, how about those nifty “dragonfly wing-inspired flaps.” Has Skyn performed any tests which might prove that the suit will increase distances for long jumpers?

“The apparel hasn’t been formally tested in labs,” she said, because why would they run a test when there’s all this work to be done rolling out a product line and cranking out glossy promotional material, “but our aerodynamics consultants say that in theory Skynfeel Apparel could actually help athletes jump just a little bit further.”

When asked if Vocativ could speak with Skyn’s aerodynamics consultants, who could hopefully back up these statements with, you know, science, or at least show their data, Skyn’s team of consultants suddenly was reduced to one.

“Unfortunately that is the only official ‘quote’ we really have from the aerodynamics professional,” Carozza said. “I don’t have access to the specific individual who helped with the project to obtain a quote.

Well okay then. Skynfeel Apparel might not be able to back up its promises, but they have reminded us what’s really important: looking very sexy, regardless of how far you can jump. Let’s all take some alone time and think really long and hard about that.