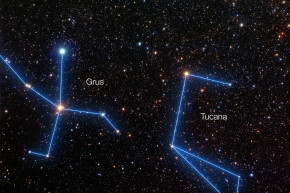 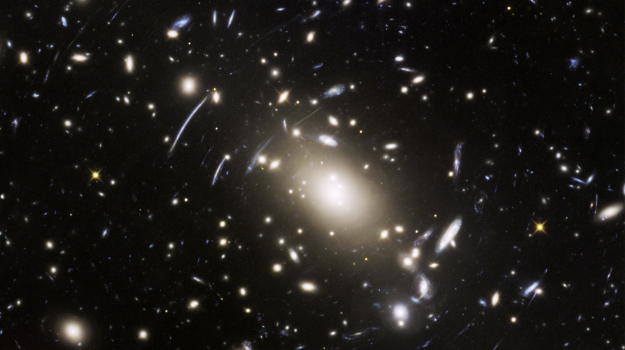 The Hubble telescope seems like an expensive thing to use to make what is, simultaneously, the world’s most amazing zoom sequence and somehow the universe’s most monotonous video. This video zooms in on one of the remotest regions of space ever seen. The Hubble Telescope recently took photos of this distant star system that is home to 16 new galaxies.

OK, play the video and watch it start to zoom in. It keeps zooming like that for so long. You think maybe it’ll pan across to the constellation outline, but nope. Keeps on zooming for a really long time, right past that outline and a bunch of generic stars. Maybe we’ve been spoiled by sci-fi films which show us things like hyperspace and warp speed travel, but damn, this zooming takes ages. Imagine what actual space travel must be like. Zoom is a word that means fast in a car, but in this video it just seems so slow. But that’s the desired effect, because it’s actually taking you a really, really long distance.

Hubble was able to photograph these incredibly distant star clusters because of an effect called gravitational lensing. This occurs when gravity bends light as it travels towards the source, creating a telescopic effect.

The huge mass of the star system bent the light enough to give Hubble a view that other telescopes have never had. The images you see here are how they appeared four billion years ago. It literally took that long to zoom in on them. Four billion years. Damn, that’s a lot of zooming.