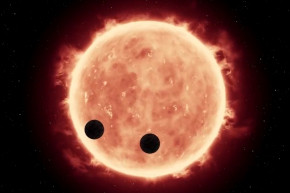 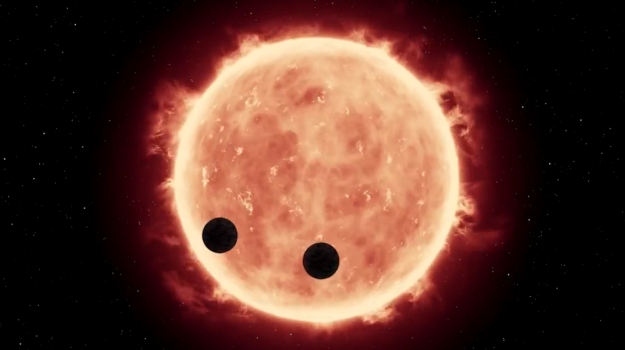 Scientists may have discovered our alien neighbors or, depending on how much you care about the comfort of said aliens, a fresh planet for us to invade and soil as we flee the clogged celestial toilet that is Earth. Two rocky, Earth-like planets have been found in a galaxy 40 light-years away. Planets TRAPPIST–1b and TRAPPIST–1c were spotted by the Hubble Telescope. NASA measured the density of each planet’s atmosphere as they passed in front of the star. And the results? They are… well they’re in the ballpark, but that’s a pretty spacious ballpark.

They believe the two atmospheres are similar to those of Earth, Venus, and Mars. It’s a little like the story of Goldilocks and the three bears, except instead of testing porridge, we’re guessing at breathable air and water. Venus, for example, has an atmosphere so dense that would crush you flat at the same time that it was burning you to a crisp. Think of Venus as being like a giant, spherical pizza oven. Mars, on the other hand is a place where you have to farm potatoes in your friend’s poop. Matt Damon can have it. So we’re hoping they’re somewhere in the middle.

It’s still unlikely that either planet is currently habitable. But if they are, NASA might have found us some new neighbors to visit.